During the pursuit, police say the suspect vehicle crashed into several cars at the intersection of Georgia Avenue and Colesville Road. 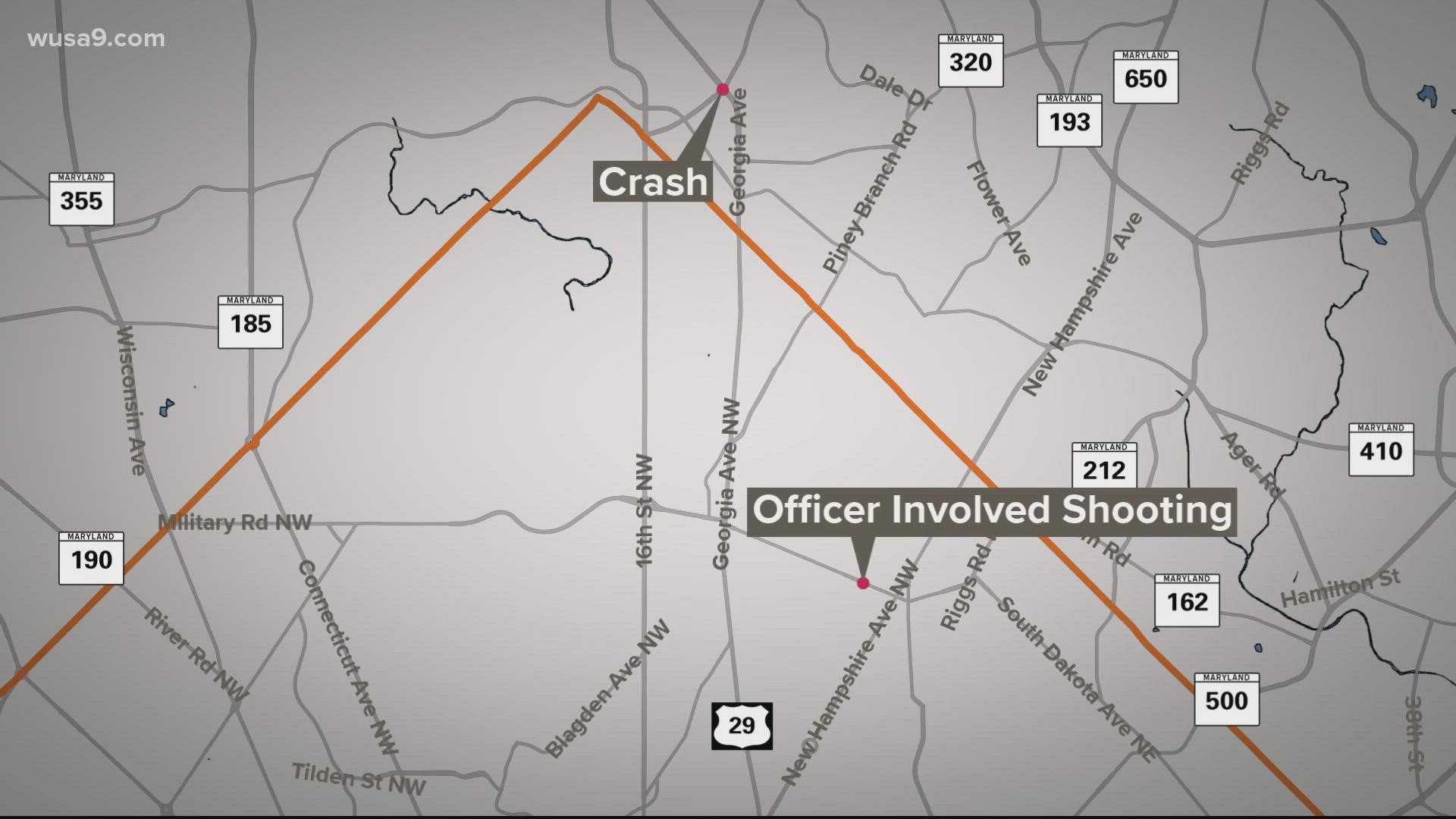 SILVER SPRING, Md. — A U.S. Park Police Officer was involved in a shooting and a pursuit and ended in a crash in Downtown Silver Spring early Wednesday morning, according to USPP Public Information Officer Sgt. Roselyn Norment.

Investigators with Metropolitan Police Department said the incident began when a USPP officer observed a man who appeared asleep in the driver's seat of a running vehicle with a firearm in their lap, police said in a press release. According to police, the officer made contact with the man, and during their interaction, discharged his firearm. After being shot in the arm, the driver took off in his car.

The police pursuit started in the 200 block of Missouri Avenue in Northwest D.C. around 1:30 a.m., Norment said.

A few miles into the pursuit, the driver crashed his vehicle into several cars at the intersection of Georgia Avenue and Colesville Road in Silver Spring, Norment said.

Norment added that investigators were able to recover loaded 9mm pistol from the man’s car following the incident, but according to the preliminary investigation information provided by MPD, the driver did not fire his weapon.

The suspected man was taken to a local hospital with non-life-threatening injuries, Norment said.

The USPP officer involved has been placed on administrative leave in accordance with the department's policy, Norment said.

#BREAKING: @usparkpolicepio says 1 of their officers was “involved” in a shooting that led to a police chase.

At the request of the United States Park Police, DC Metropolitan Police will conduct the use of force investigation and the findings will be released to the United State Attorney's Office.