Concerns continue to mount around the U.S. Postal Service. Here's where things stand 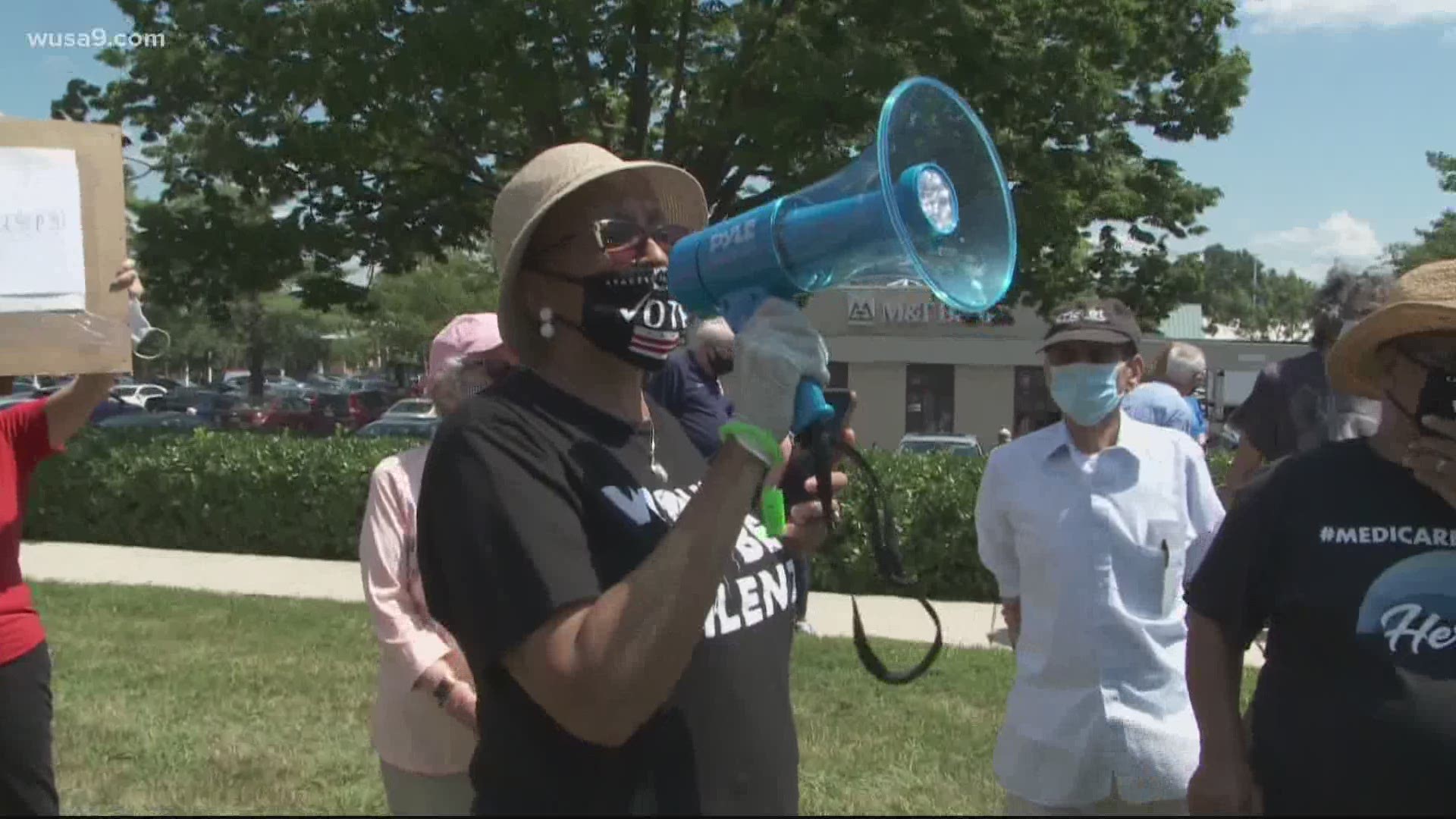 As concerns grow with election day getting closer, this will be the first opportunity for DeJoy to publicly answer questions about the controversial changes he made to the postal system.

Credit: AP
Postmaster General Louis DeJoy, left, is escorted to House Speaker Nancy Pelosi's office on Capitol Hill in Washington, Wednesday, Aug. 5, 2020. Some clarity is beginning to emerge from the bipartisan Washington talks on a huge COVID-19 response bill. An exchange of offers and meeting devoted to the Postal Service on Wednesday indicates the White House is moving slightly in House Speaker Nancy Pelosi's direction on issues like aid to states and local governments and unemployment insurance benefits. But the negotiations have a long ways to go. (AP Photo/Carolyn Kaster)

Two and a half months before the 2020 election, that number surpasses the total number of Marylanders who voted by mail in the 2016 presidential election by more than 50,000. The demand for early applications has occurred even before authorities have begun a mass mailing to send out vote-by-mail applications to every Maryland voter.

The mailing, set to begin on Aug. 24, is expected to produce a crush of applications, according to local elections officials in Montgomery and Prince George's counties.

“I'm asking our voters not to procrastinate," Gilberto Zelaya, of the Montgomery County Board of Elections, said.“Then our staff can jump ahead of the curve and start processing it."

Even before receiving an application by mail, Maryland voters can request one online or by text using the letters VBM sent to 77788, which Zelaya said is encouraging.

Authorities in both counties say the U.S. mail is a secure voting method. However, the counties are expected to deploy as many as 75 secure "drop boxes" combined, where voters concerned about mail can drop off ballots.

In Virginia, Fairfax County reports more than 100,000 requests have been received, according to Brian Worthy, a spokesman for the county.

Worthy said the county expects at least 300,000 Fairfax voters will use the state's absentee voting system.

By mid-October, at least 15 voting centers will be set up in Fairfax county where voters can apply for an absentee ballot in person, receive the ballot, vote on-site, and hand the ballot into authorities for counting.

Weeks of mail delays during the pandemic have led to concerns and protests following a letter from USPS to dozens of states, including Maryland, Virginia and DC indicating it could not guarantee all mail-in ballots would arrive in time for this years election.

This week, Postmaster General Louis DeJoy announced that the recent changes would stop until after the election. However, many Democrats want answers and are pushing for billions of dollars in aid for the postal service to fix the problem.

Postmaster General Louis DeJoy is expected to appear in a virtual hearing at 9 a.m. Friday. He is also scheduled to appear before the House Oversight and Reform Committee on Monday, August 24th.