The new list of classifications, known as a taxonomy, will help Uber take reports are respond appropriately, the company said. Classifications run the gamut from "leering" and inappropriate touching to rape. 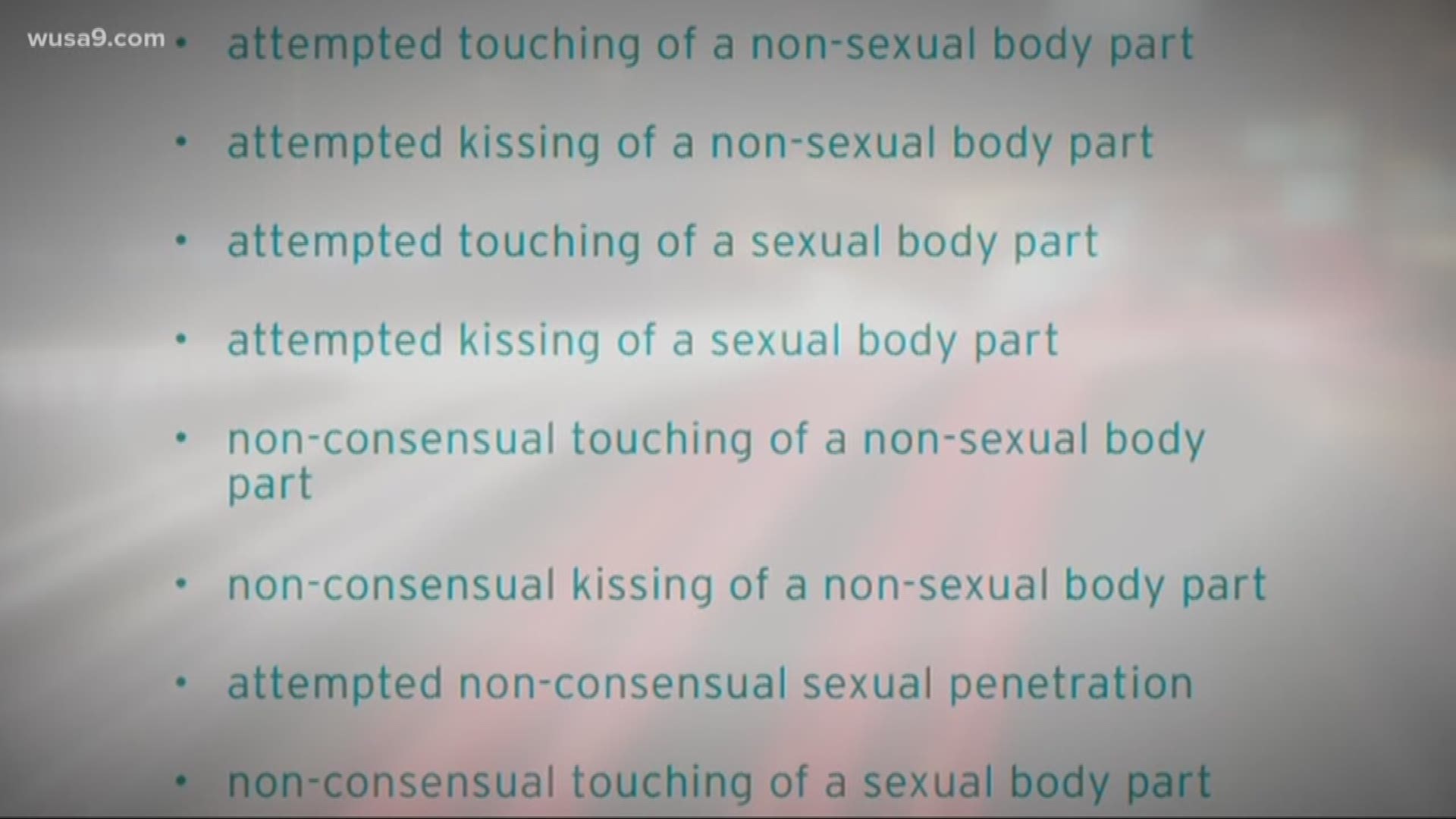 WASHINGTON -- For the first time ever, ride-sharing app Uber is collecting data on sexual harassment and sexual assault experienced by both riders and drivers.

"You can't address a problem if you don't fully understand the scope of it," said Kristen Houser of the National Sexual Violence Resource Center, which helped Uber define 21 classifications of sexual assault and misconduct reported to the company.

With 40 million members, Uber is out to make a cultural shift. It is not clear how many how many riders and drivers have become victims of sex crimes throughout the company's nine-year history. In January, police in Loudon County charged an Uber driver with sexually assaulting a passenger.

The new list of classifications, known as a taxonomy, will help Uber take reports, sort incidents, and respond appropriately, the company said. Definitions run the gamut from "leering" and inappropriate touching to rape. The company aims to release a public report within the next year.

"It gives information to work with on what possible solutions might be," said Houser.

Victims' advocates underscore the shame and embarrassment that causes sexual assault one of the most underreported reported crimes. They also stress that definitions of assault vary across all 50 states.

RELATED: Will it make you safer? Uber unveils new emergency features in DC

In a blog post last week, Houser and Uber Chief Legal Officer Tony West said that confronting reports of inappropriate or unwanted sexual behavior is imperative, even if it does not rise to the level of a crime. "If a driver or rider were to make an inappropriate comment about the personal appearance, we would want to address the behavior early and proactively, before that behavior can escalate," the post said.