Dozens of ATV riders were spotted on U Street in late August, just a few weeks before community members gathered to discuss how to decrease that activity. 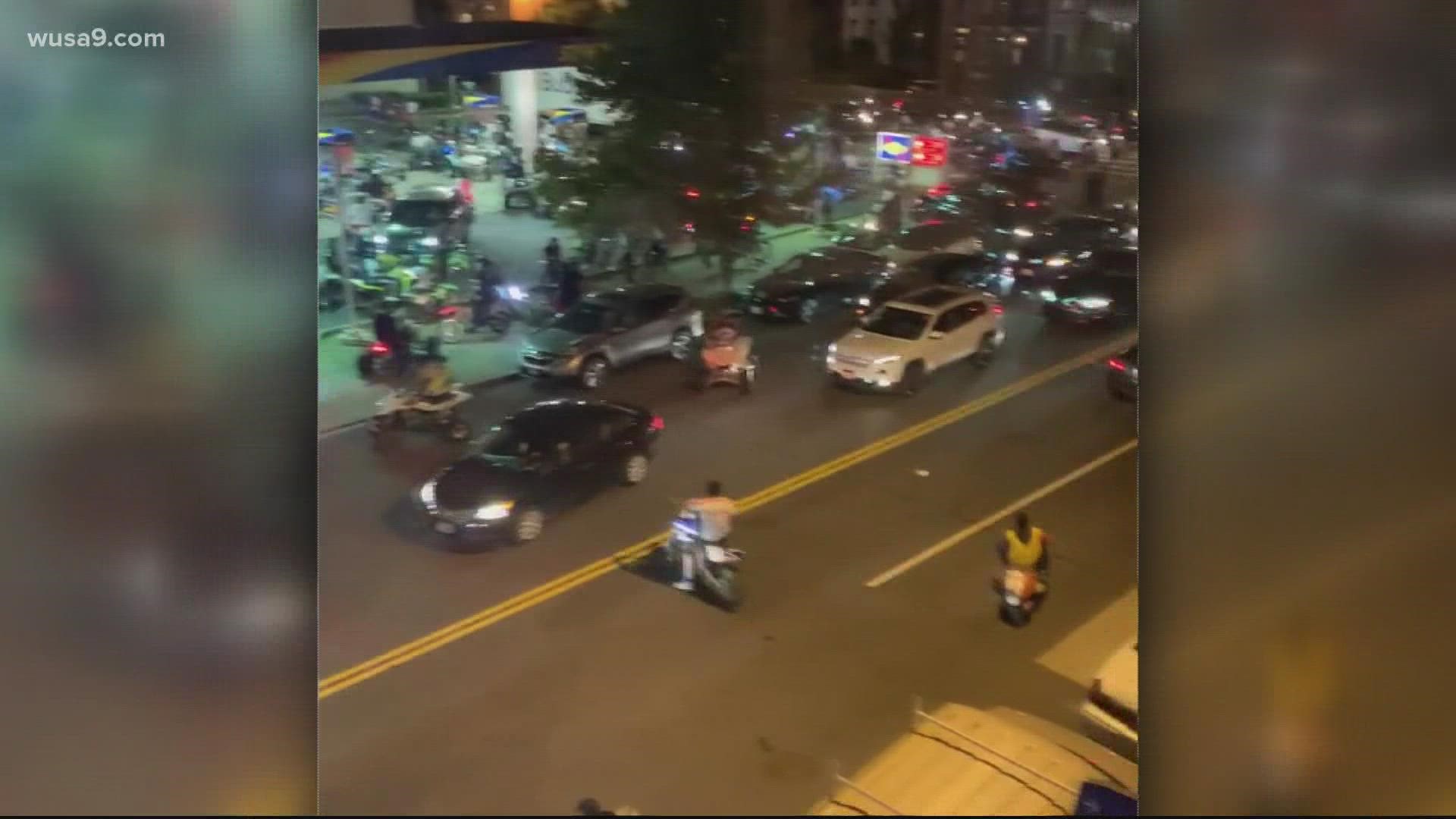 WASHINGTON — Residents along Northwest D.C.'s U Street corridor said they are tired of seeing ATVs and dirt bikes roll through the community.

People have been traveling on those vehicles throughout the neighborhood for years. However, this summer, locals said they feel they have seen an increase in such activity.

"The noise is something that neighbors have brought to our attention," said Advisory Neighborhood Commission 1B commissioner Amanda Farner. "And, then, also just the danger of how fast they drive."

In late August, a U Street resident recorded video of ATV riders at 15th Street Northwest. Multiple people told WUSA9 the riders were along the street for hours.

Farnan recently held a public safety meeting with community members and representatives from the Metropolitan Police Department to discuss ways to address the situation.

"At the end of the day, it's not safe for anyone to have ATVs zooming up and down both sides of the road," she said.

At that meeting, MPD Lieutenant Justin Markiewicz said ATVs have injured officers before in the past.

"We have several officers that are out with pretty serious broken legs because ATVs have run over them," he said.

In most cases, MPD policy forbids officers from giving chase to people in vehicles.

So, the department is working to find different ways to combat the illegal ATV and dirt bike use in the District.

"We're partnering with our neighborhood gas stations," Markiewicz said. "Started to reach out to them to see if we can have a creative solution to make the U Street corridor a not inviting place to operate and refuel [the] vehicles."

MPD is also encouraging residents to text, email, or call the department with information or pictures of ATV riders.

"I actually have a team that goes through the identities of the riders based on these photographs," said MPD Intelligence Branch Lieutenant Shane Lamond. "And, we're able to secure arrest warrants for it."

However, MPD admits that stopping illegal ATV use is complicated. Lamond pointed out at the meeting that officers' arrest warrants only work in D.C., but many riders live in Maryland. He added the justice system also does not give out jail sentences for illegal ATV operations.