Officers went to the scene of the shooting after hearing gunshot sounds in the area. They located a man with a gunshot wound to the torso at the location, police said.

The man was taken to a local hospital for treatment.

Moments later, a second man walked into a nearby hospital seeking treatment for a gunshot wound to the leg.

Police believe the two shooting victims were injured in the same incident.

In a separate incident, a 17-year-old was killed and 20 others were injured in a mass shooting at a Southeast D.C. block party Sunday.

The shooting happened around 12:30 a.m., near the 3300 block of Dubois Place in Southeast, with multiple detectives and forensic squads still on the scene into Sunday morning.

One of the shooting victims includes an off-duty 1st District Police officer who is currently struggling for her life, D.C. police said.

The family of 17-year-old Christopher Brown said they just want the killings to come to an end.

"You need to stop because you took away something that belonged to me, somebody hat I loved so much and somebody dear to me," Grandmother Patrice Brown told WUSA9 in a phone call hours after the shooting.

D.C. police confirmed that they are currently looking for multiple shooters. 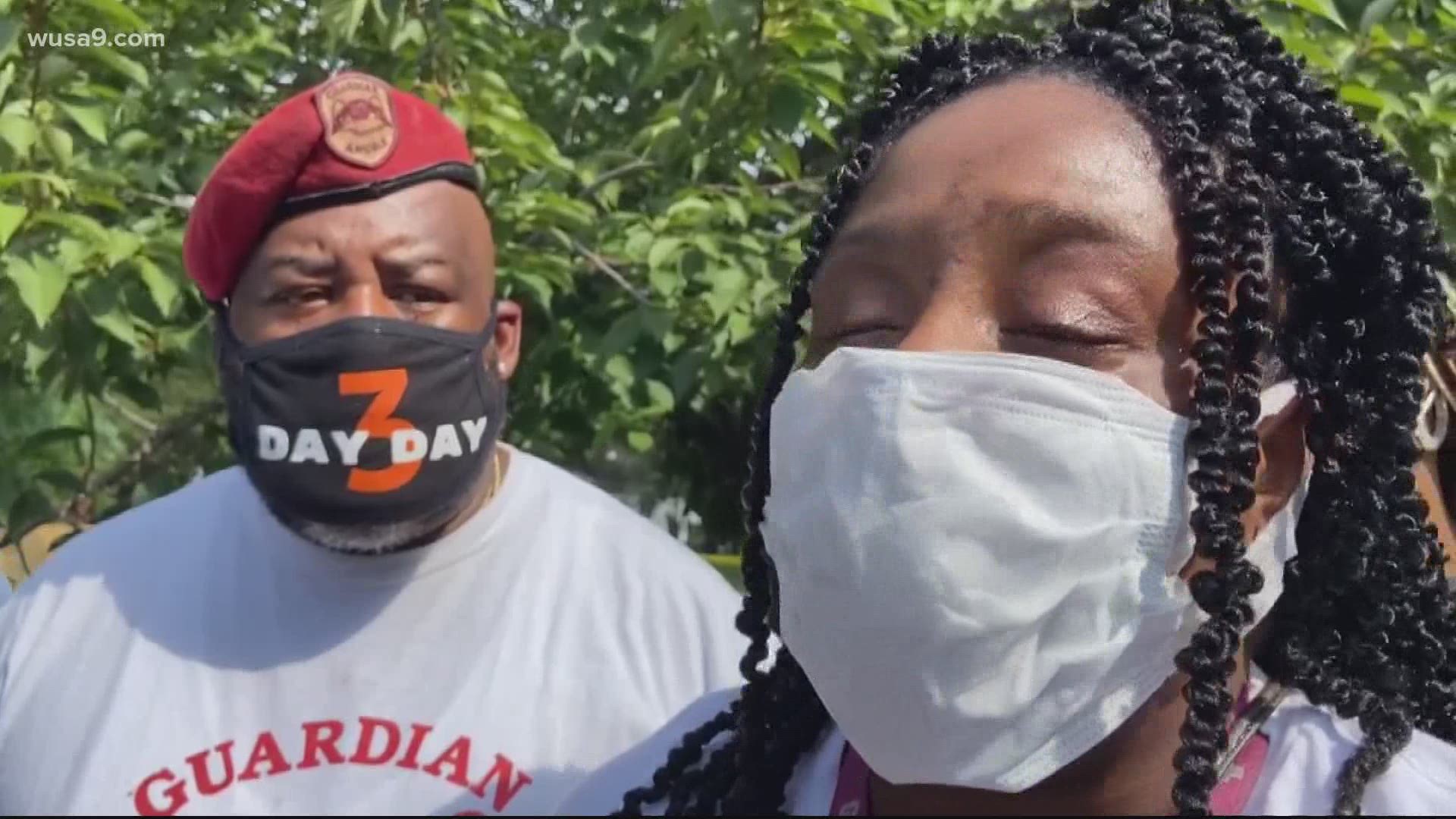 Sign up for the Get Up DC newsletter: Your forecast. Your commute. Your ne