Boaters say they wanted to shout it loud and proud in support of President Trump, in his own backyard. 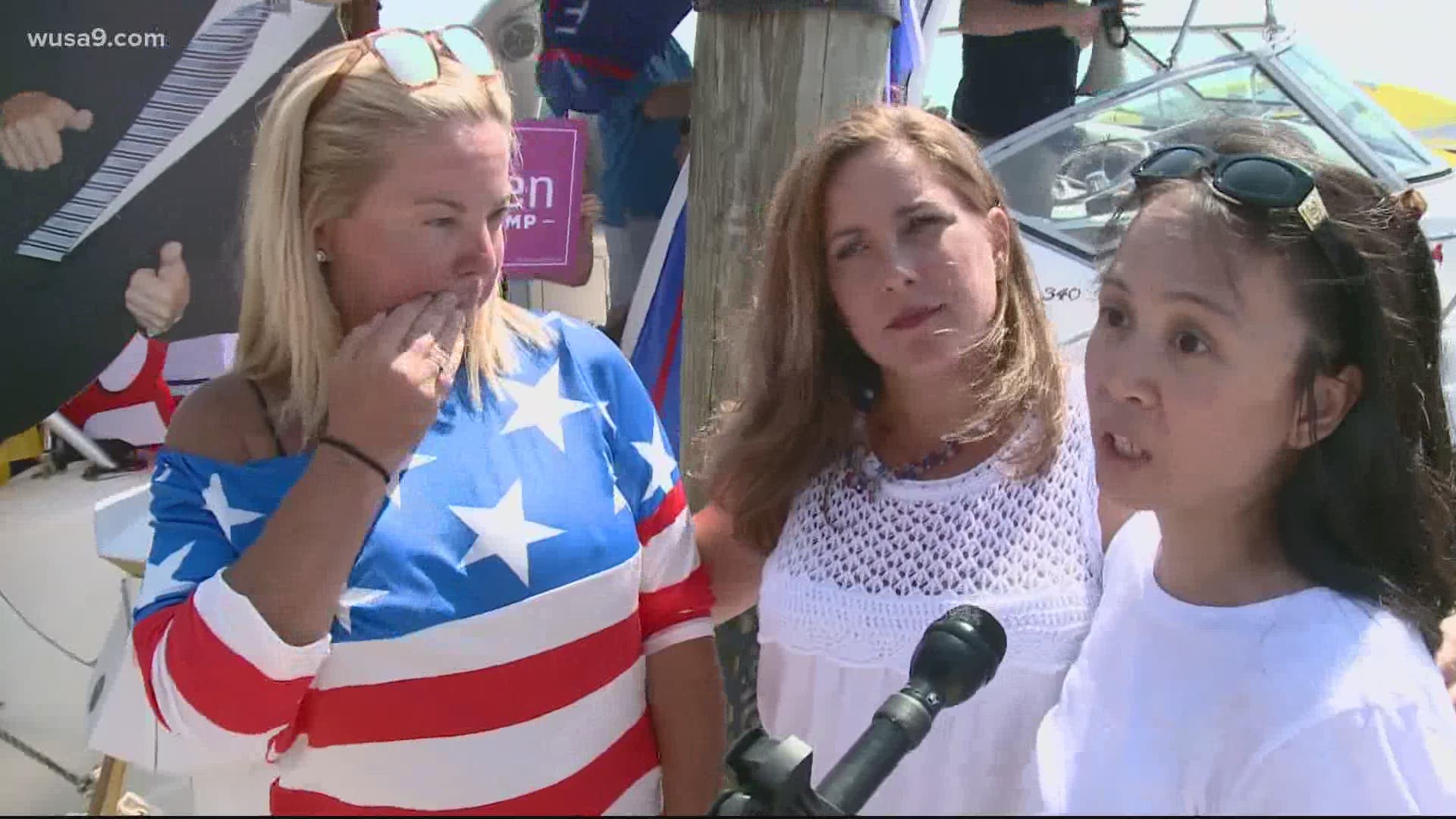 WASHINGTON — Hundreds of boats paraded down the Potomac this afternoon to show their support for President Donald Trump’s 2020 reelection campaign. Ralliers said they wanted to be loud and proud in the president’s backyard.

“It’s all grassroots, I’m just a mom. I love our country, and I want to be safe. And I believe that’s President Donald Trump,” said Christacos

The ‘Trumptilla’ started from the Old Dominion Boat Club in Alexandria and proceeded to the Memorial bridge. Hundreds of boats took part.

“The enthusiasm is off the charts,” said Snow.

Or, by some national polls putting Biden ahead.

President Trump supporters (and lookalikes on jet-skis) take to the Potomac this afternoon to support the 2020 campaign. Organizers tell us they’re undaunted by polls and recent reports he called members of the military ‘suckers’, saying it’s‘fake news’. ⁦@wusa9⁩ pic.twitter.com/FKg3D3xDp9

Art Barletta was among those out on their boat Sunday. He said he voted Republican in 2016, and it was important for him to show his pride in the party. He admits the president hasn’t achieved everything he said he would.

Still, he thinks Trump is the best person to lead for the next four years.

So-called Trumptillla boat parades have been taking place across the country this labor day weekend- including in Texas where four boats capsized during a rally on Saturday.

And they keep coming: hundreds of boats on the Potomac this afternoon in support of President Trump’s campaign as part of Trumptilla from Alexandria to the Memorial Bridge. The rally is planned to go until 5 this evening. ⁦@wusa9⁩ pic.twitter.com/dSaPFrpdV8