Organizers say Shaw won't be silenced, after a noise complaint about go-go music set off a full blown movement to protect the city's heritage. 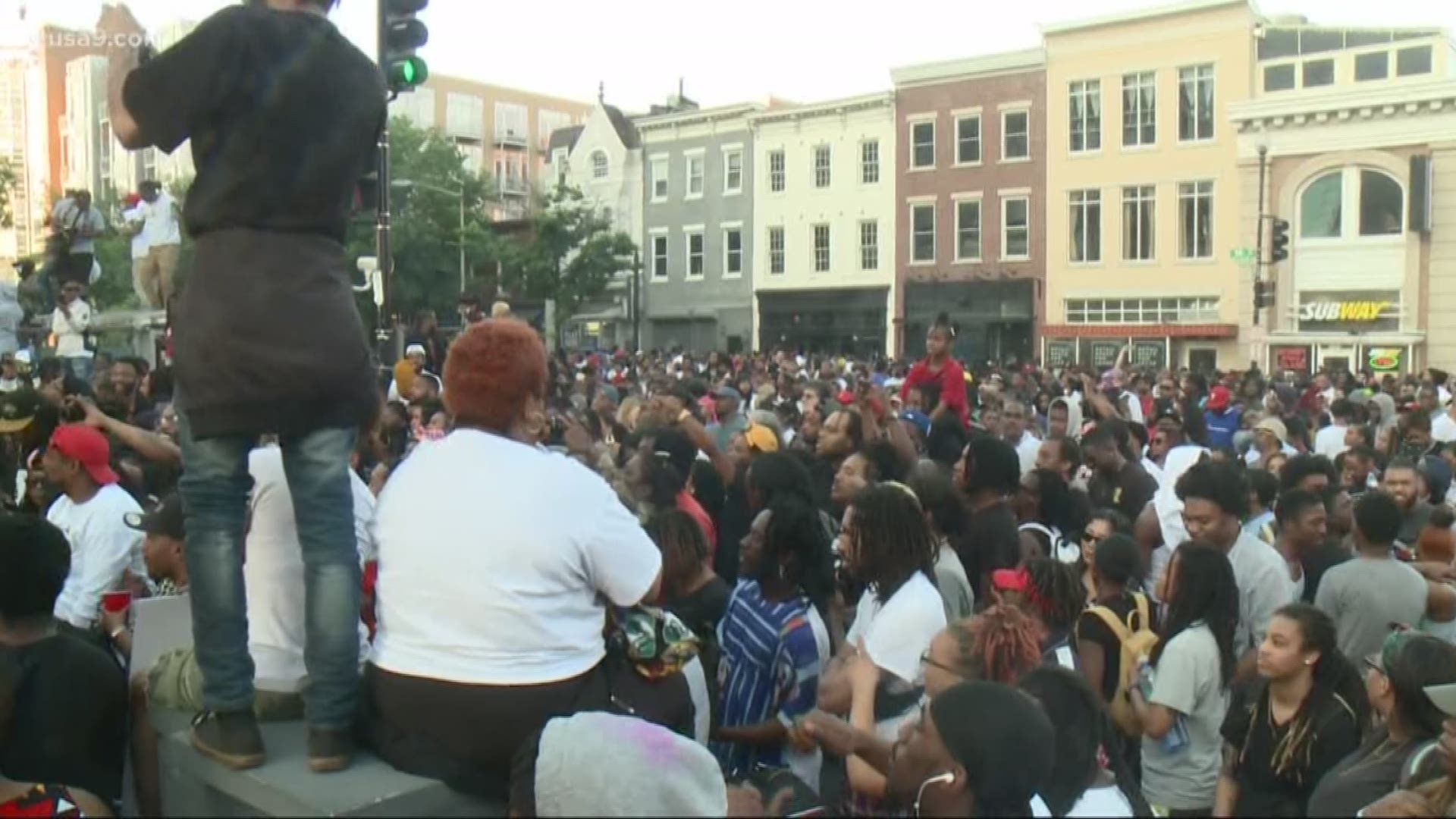 WASHINGTON — Among a sea of people, the music at the heart of Shaw, and the city, took center stage.

Thousands of people packed the intersection of U and 14th Streets Tuesday, an intersection of African-American heritage and 21st century gentrification, put into sharper focus through a single... noise complaint.

A complaint from a high-end condo seven blocks from Tuesday’s protest stopped a cell phone store from playing go-go music.

What the complainant likely didn’t realize, is that the MetroPCS at Georgia and Florida Avenues had played go-go music with its loudspeakers for 24 years — making it a neighborhood institution.

After neighborhood outrage, the music that was put on mute returned. The hashtags #DontMuteDC and #Moechella quickly started trending on Twitter.

But the episode set in motion the questions of who decides Shaw’s character? Can a new, monied élite overrule its newfound neighbors, who by the way, were there first?

The #DontMuteDC protests seek to keep these questions in the city’s consciousness — gatherings with go-go music, speaking volumes.

“I feel like the music is the glue to the city,” said go-go artist Yadiya in an interview. “The music is the common ground — A vehicle and a tool to basically create a platform for people to have their voice heard.”

Organizers and attendees said the aim is to continue rallies into the summer and beyond. They don’t want DC to be muted, and they don’t want its historic African American neighborhoods to be forgotten.

Go-go DJ known as DOMO said she hopes the new movement will help shine a light on the need for better public safety, access to healthcare, “housing issues, just so many things that spin off from gentrification.”

The topics share a common thread of neighborhood identity and quality of life — a renegotiation of residents’ sense of representation in their own city.

But the music, indeed, go-go music, is what DOMO and Yadiyah said will carry them through.

“You know, everything in life that you want to do or want to accomplish, you know, you have to be consistent,” Yadiyah said.

Meaning, this won’t be the last rally.

As #DontMuteDC has yet to hit its crescendo.

On social media, the hashtag #MOECHELLA was trending Tuesday night. Moe, of course, is a colloquial term of endearment in the Washington D.C. area, and "chella" is a reference to the Coachella music festival and the spin-off moments that spawned from it like "Beychella," Beyonce's historic "Homecoming" performance.

Below are some tweets from #MOECHELLA: