'This is why I'm here': Howard U student goes viral for video showing 1 positive second a day

A Howard University student said she wanted to make a change in her second year at school after hitting a rough patch in her first year. Now, her video documenting positive moments a day has gone viral. 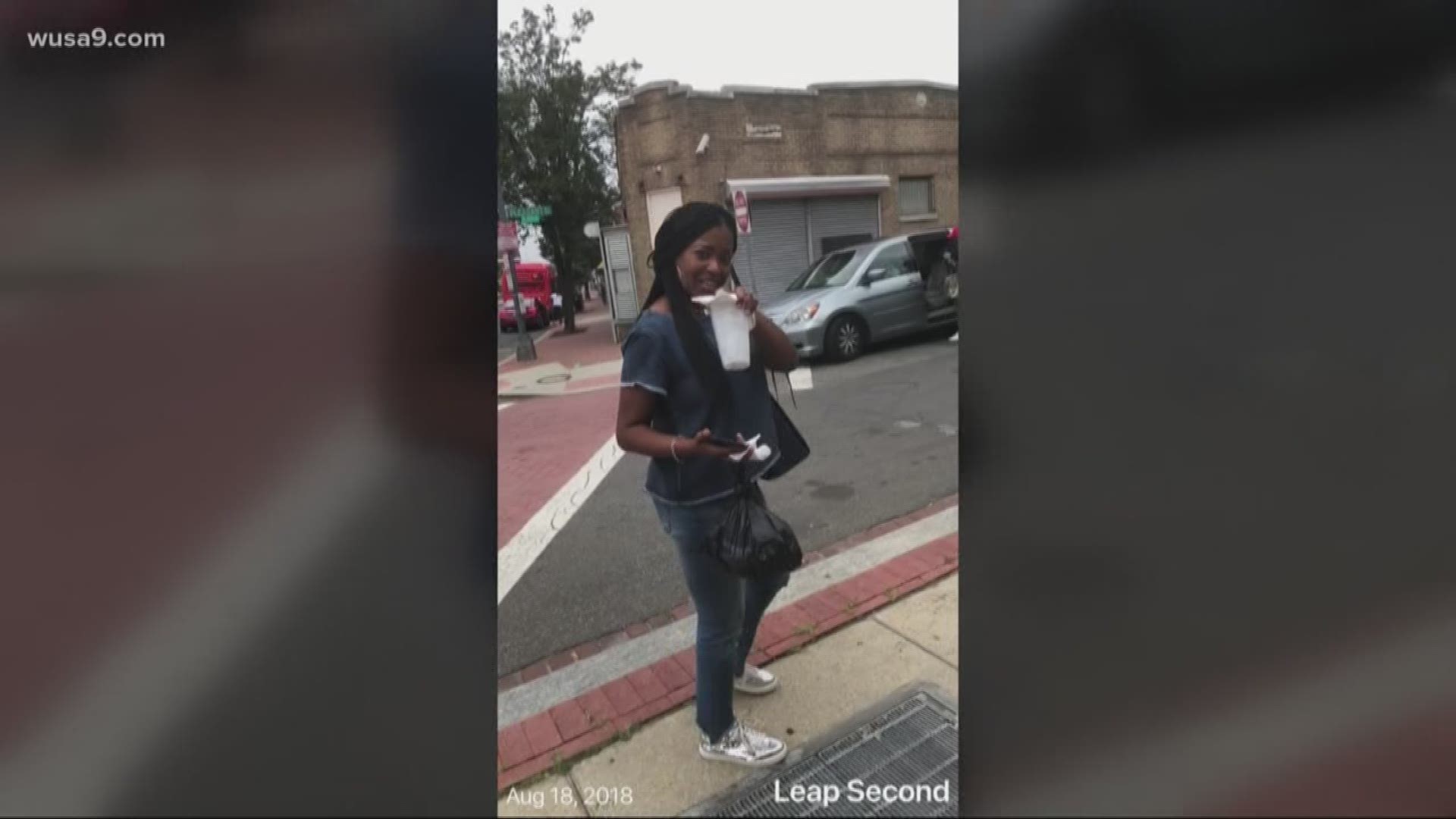 WASHINGTON -- Dancing in a dorm room. Dinner with friends in the dining hall. Painting in a classroom. Sitting in the sun on the quad.

These are the second-long snapshots of Howard University student Morgan Newton’s sophomore year, compiled into a single 2 minute and 20 second-long video.

In one clip, a group of students sit around a campfire. In other, students dance and sing along to the music at a party. A student sits on a desk and paints in another.

But, what looks to just be a regular look into college life means a lot more to Newton.

“I was just very homesick,” said Newton of her first year at Howard. She says she is originally from Texas and although she had friends at the school, it became hard to go out, be social, and to even leave her dorm in her first year.

“There was a point I was just very sad and I didn’t really seek the help that I needed. And it was just a dark time for me,” she said.

But, a Youtuber gave Newton an idea to do things differently her sophomore after seeing a video he made of his summer. Using the app Leap Second, Newton began to record one positive second from each day of her semester.

On Sunday, December 9, after arriving back home for the semester, Newton decided to post that video to her Twitter so her friends at Howard could see it.

“My freshman yr of college was truly my lowest point. I was depressed and it was a very dark time. For my sophomore yr, I thought it would be cool to record one second of positivity each day. Here’s the first semester,” she wrote alongside her video.

My freshman yr of college was truly my lowest point. I was depressed and it was a very dark time. For my sophomore yr, I thought it would be cool to record one second of positivity each day. Here’s the first semester ❤️ pic.twitter.com/GyTaBHiRNn

What Newton didn’t expect though was for the video to go viral.

By Tuesday, the video had been viewed 2.6 million times and shared nearly 26,000 times on Twitter.

“This beautiful I’m inspired,” one comment reads. Others ask Newton, who is a painting major and often showed her artwork throughout the video, to show more of her work.

Newton said she was surprised at the response, but pleased. “People even DM’d [direct messaged] me saying, ‘keep going, I’m so proud of you,’ and it really means a lot to me.”

She adds she was most struck by people sharing their own stories of going through a depression at college.

Sara Yzaguirre, who works in the Health Promotion and Advocacy Center at another DC school, American University, says Newton’s video is a great way to combat negative feelings.

“Every day has its ups and downs,” Yzaguirre explained, “but being able to reflect on how far you’ve come…” She says that’s meaningful.

Yzaguirre, a Coordinator for Victim Advocacy Services at the center, says she often encourages students who come to her feeling down to practice positive thinking, such as by writing one positive thing a day in a daily gratitude journal.

“It increases positive thing and, over time, can reduce feelings of depression and anxiety,” she said. Yzaguirre added that when students start thinking negative thoughts, she tells them to ask themselves if they would say those negative things to a friend.

“When you’re used to saying bad stuff about yourself…sometimes you just have to stop and think about it,” she said.

Looking back at the video, Newton said that it has given her “a new outlook that you can at least appreciate one second of a positivity a day.”

Her favorite moment? Her first art show at Howard. The video shows the progress of starting her paintings and then, finally, getting to present them.

Newton said she plans to do the same thing again next semester. She also says she’s working her way through responding to the multiple direct messages she has gotten on Twitter, thanking people for their support and offering advice for people looking to remain positive.

“I’m glad I have something to document, to remind me if I’m feeling down, this is why I’m here," she said.

Watch the video by Morgan Newton: 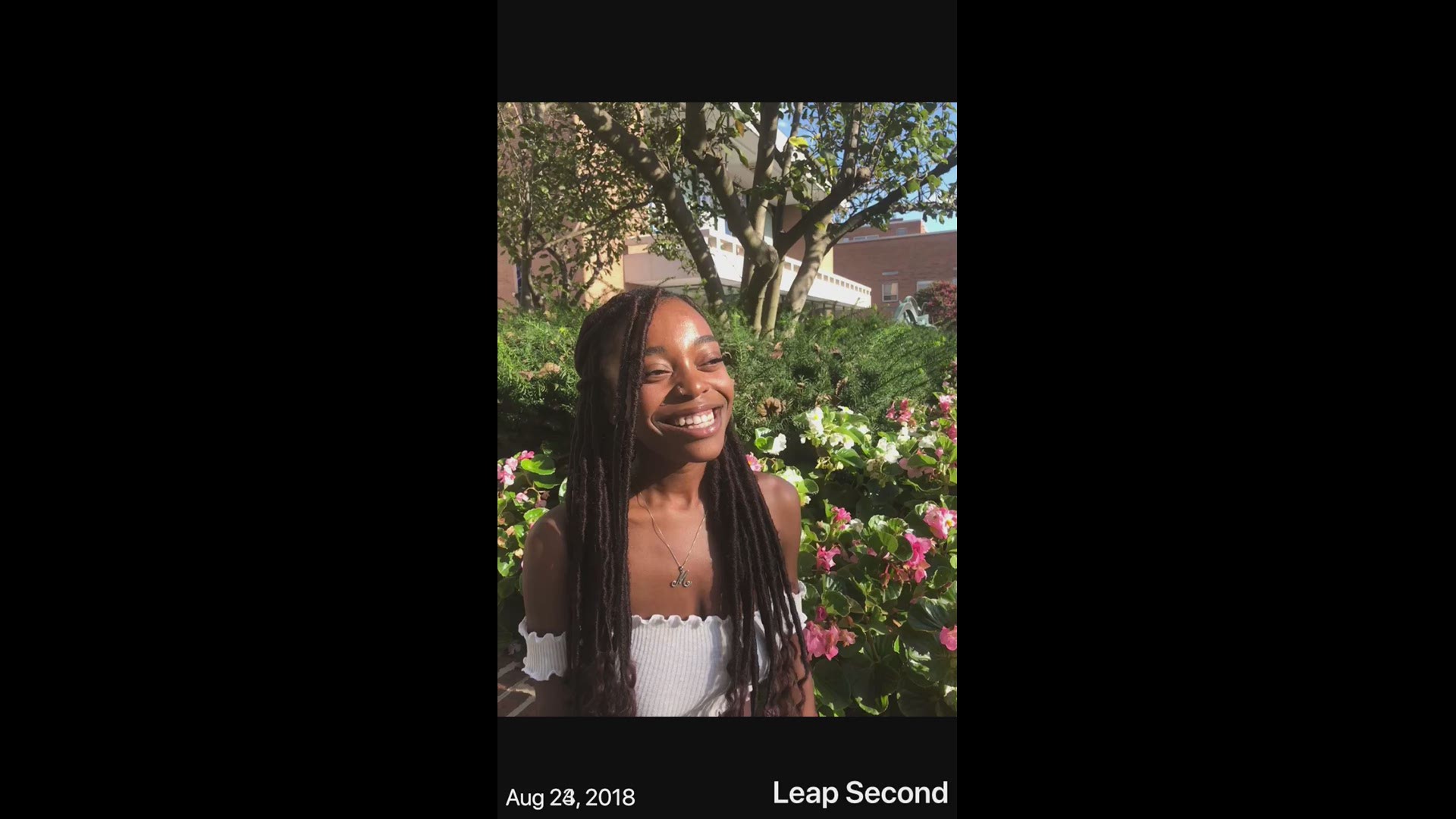