It's been the site of some of the most pivotal moments of the past year. 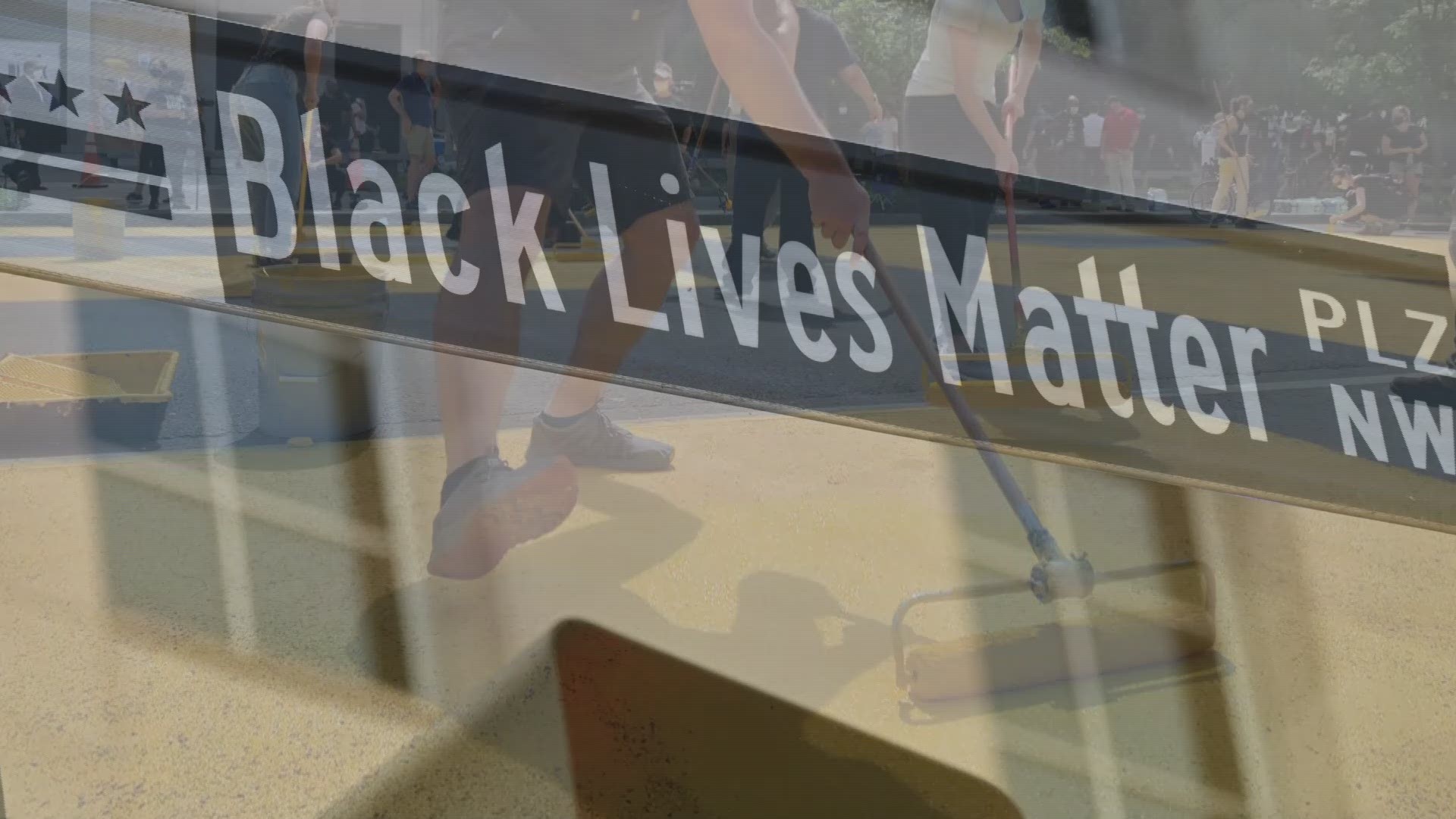 WASHINGTON — In the wake of George Floyd's murder, thousands protested through the streets of DC to demand racial justice.

Many demonstrators marched over the now-iconic bold yellow letters of Black Lives Matter Plaza that Saturday marked their anniversary.

A year ago, on June 5, 2020, DC Mayor Muriel Bowser officially titled the newly-painted section of 16th Street near the White House 'Black Lives Matter Plaza' and declared "we welcome all peaceful protesters to Washington, DC."

Already a hot spot for demonstrations, the newly-christened Black Lives Matter Plaza became arguably the place in DC for demonstrators to be seen and heard.

It is a nexus in the nationwide push for racial equity.

"The message that everybody is trying to get across is basically you know 'we're tired of the injustice,'" said protester Brandon Randolph.

It also was the site of some tense exchanges between protesters, counter protesters, and police.

But BLM Plaza also occasionally hosted celebrations, like the massive one after the 2020 election was called for now-President Joe Biden.

"As long as everybody is holding hands, not arguing with each other, that's a good thing," said one man at the celebration.

RELATED: Joe Biden projected to win the presidency in highly-contested election according to AP, CBS News

He participated in some of the protests at Black Lives Matter Plaza and thinks they were a positive step — but not the last.

"I think it was heard but the work isn't done," said Cole. "I think it was a start, we got the ball rolling but I think now it's time to implement some policies and really make some true change and put some writing behind all of that protesting."

Cole hopes to see Congress pass the George Floyd Justice in Policing Act. The version of the bill passed by the House in March prohibits chokeholds and no-knock warrants in drug cases among other police reforms.

So far the legislation has not cleared the Senate.