Board members will meet Thursday to discuss the results of the two-year study. 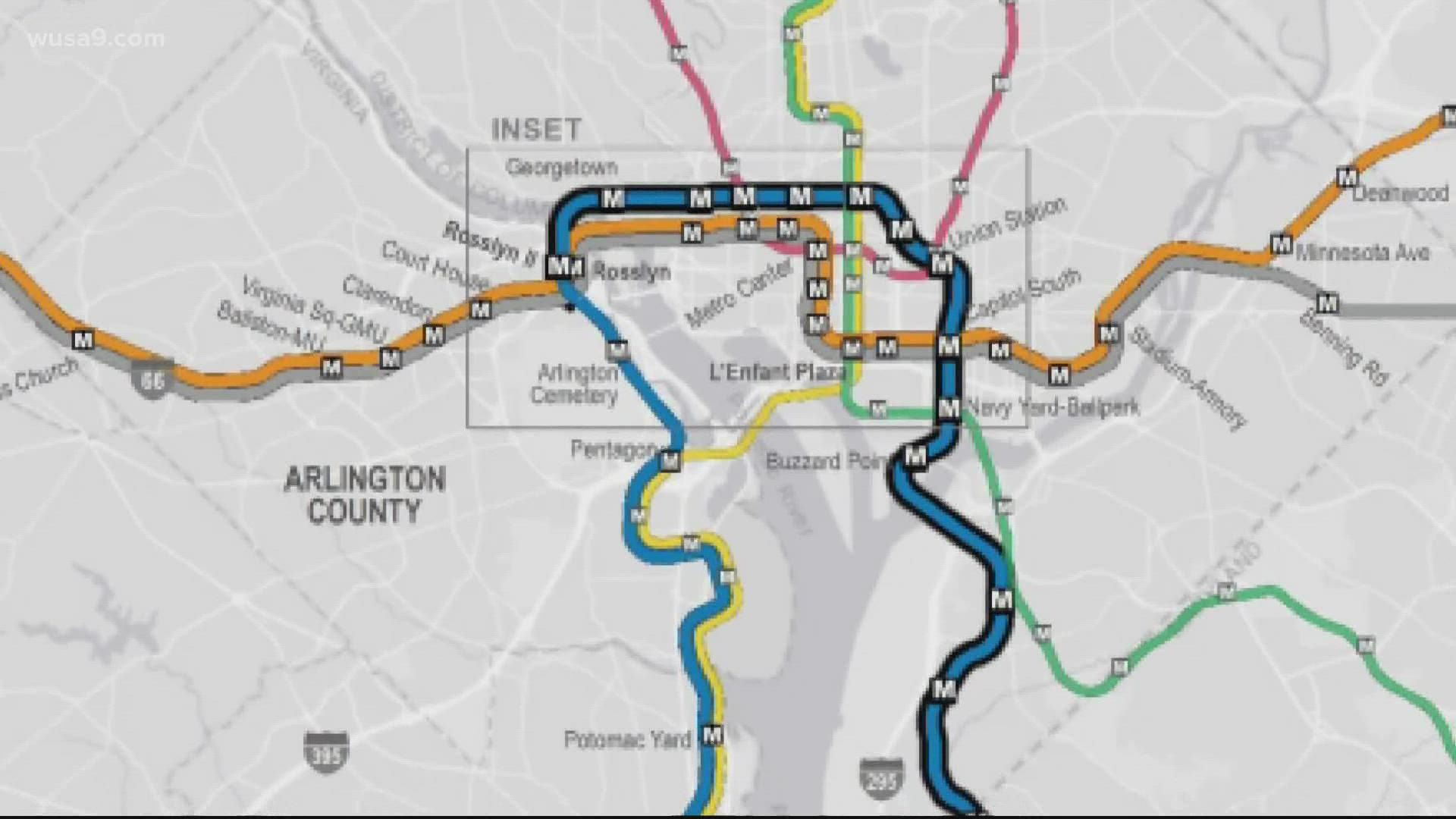 WASHINGTON — Georgetown could soon be getting a Metro station. A two-year study commissioned by Metro to address overcrowding on the Blue, Orange and Silver lines presented six options for extended rail service on the lines, which have exceeded capacity limits during peak hours for years, according to Metro.

The study, launched in 2019, identified a preferred Blue line route that would extend the line to National Harbor by way of a second Rosslyn station, a new Potomac River tunnel and a new station at Georgetown.

The study predicts cities and counties along Metro rail lines will add 37% more people and 30% more jobs by 2040, noting that large rail projects can take up to 20 years to complete.

Metro board members are expected to meet Thursday to discuss the results of the study, but no final decision has been made.

Metro board members will meet Thursday to discuss ideas to fix overcrowding on the Blue, Orange and Silver lines. One of those ideas would add a station in Georgetown. What do you think? #GetUpDC pic.twitter.com/ZfEBQy5cNj