Sen. Michael D. Brown built the sign, which warns that "residency may result in the loss of your basic civil rights." 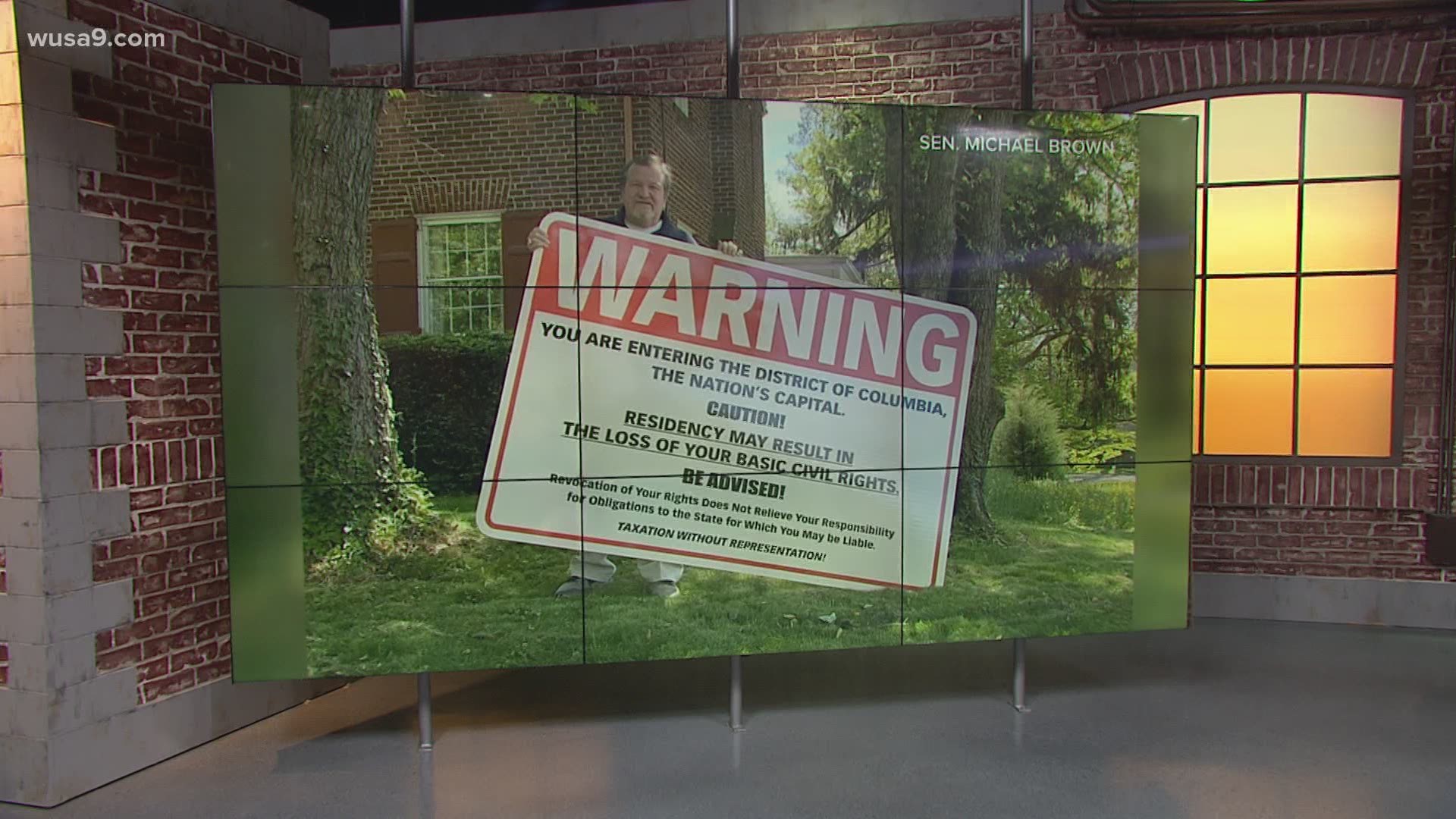 WASHINGTON — The fight for Washington, D.C. to become a state has been going on for years, but no one quite understands the problem like D.C. shadow senator Michael Brown. He just put up a large warning sign on the lawn outside his home in Northwest D.C.

Measuring 6 feet by 4 feet, the sign reads, in part, "Caution: Residency may result in the loss of your basic civil rights."

In a statement, Brown said: “I took another step towards making our demand for equality by erecting this sign in my front yard. Republicans have contended for years that Washingtonians know what they are getting into when they move to the District of Columbia. I disagree and say: ‘Let’s make that official.’ As the first house people pass coming from Maryland into DC on Massachusetts Avenue, I want this sign to be a warning and a reminder that our disenfranchisement is not an inconvenience, or an oversight, a slight or simple unfairness. It’s a violation of our most basic rights of citizenship. In addition, I’m sending a message: It’s time to stop being polite, begging for the rights Thomas Jefferson said were ‘given us by God’ and then taken away by Congress.”

The fight for statehood is definitely a D.C. thing, and one that Brown is clearly taking a stand for.

Last month, the U.S. House of Representatives passed the bill to make Washington, D.C. the 51st state of the United States.

D.C. Statehood Bill HR 51 was approved with a 216-208 vote in the House. The bill is expected to make its way to the Senate for voting.

Opponents of the bill say even if it does pass the Senate, statehood will never happen.