A woman was captured on video resorting to washing up at a fire hydrant after residents at the Congress Park Apartments say their units had no running water. 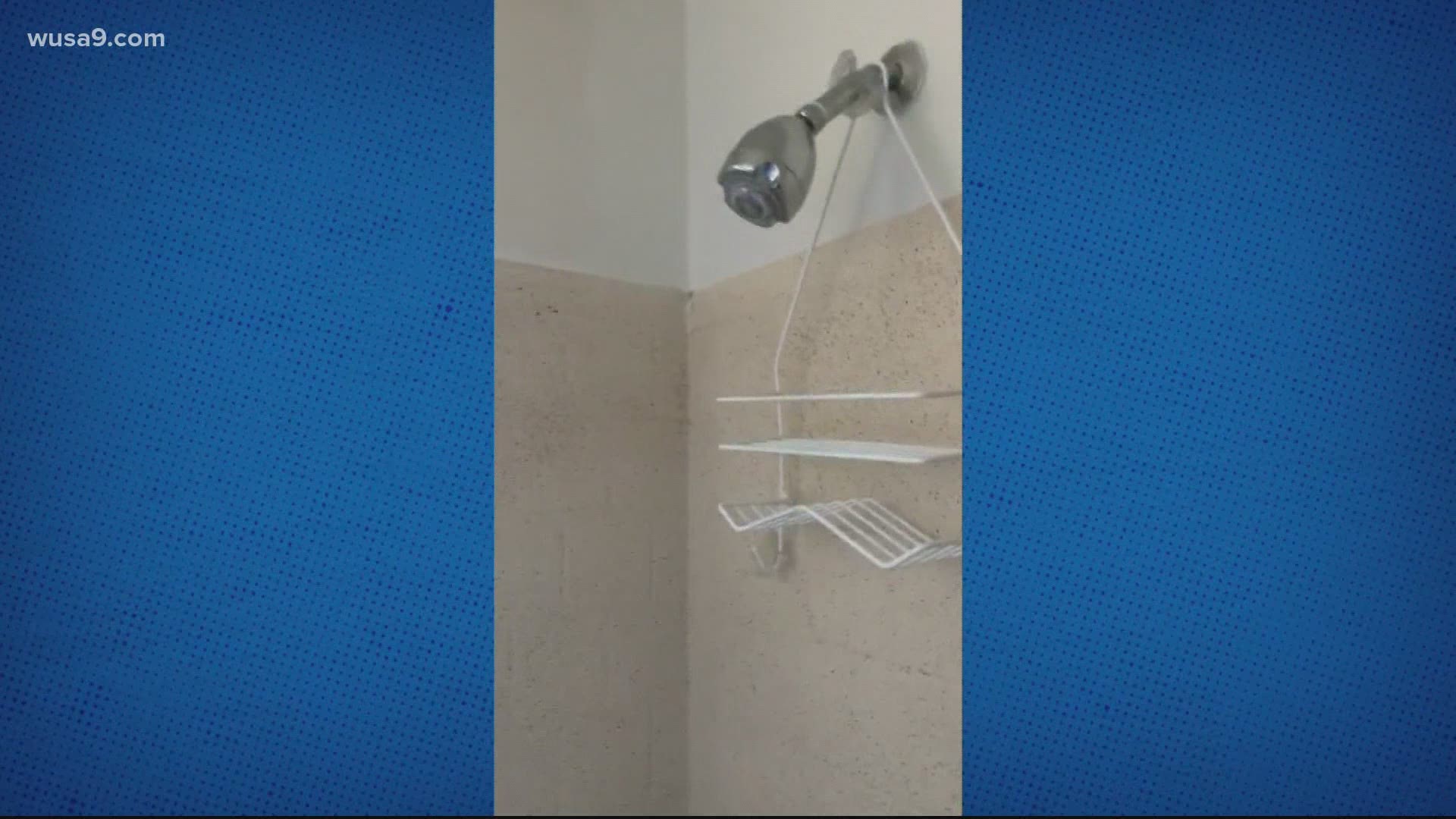 WASHINGTON — Residents of a Southeast D.C. apartment complex lived without water in their homes for five days.

Concerned residents reached out to WUSA9 for help after claiming the landlord did not do enough.

As of Tuesday afternoon, a spokesperson for Edgewood Management explained repairs have been made and the water is back on.

However, residents said their problems are far from over.

A woman was captured on video resorting to washing up at a fire hydrant after residents at the Congress Park Apartments on Congress Street Southeast said their units had no running water.

Natasha Wiggins took her concerns to Facebook last week asking the community and city government for help after claiming the apartment complex was not doing enough when the problem started on Thursday. 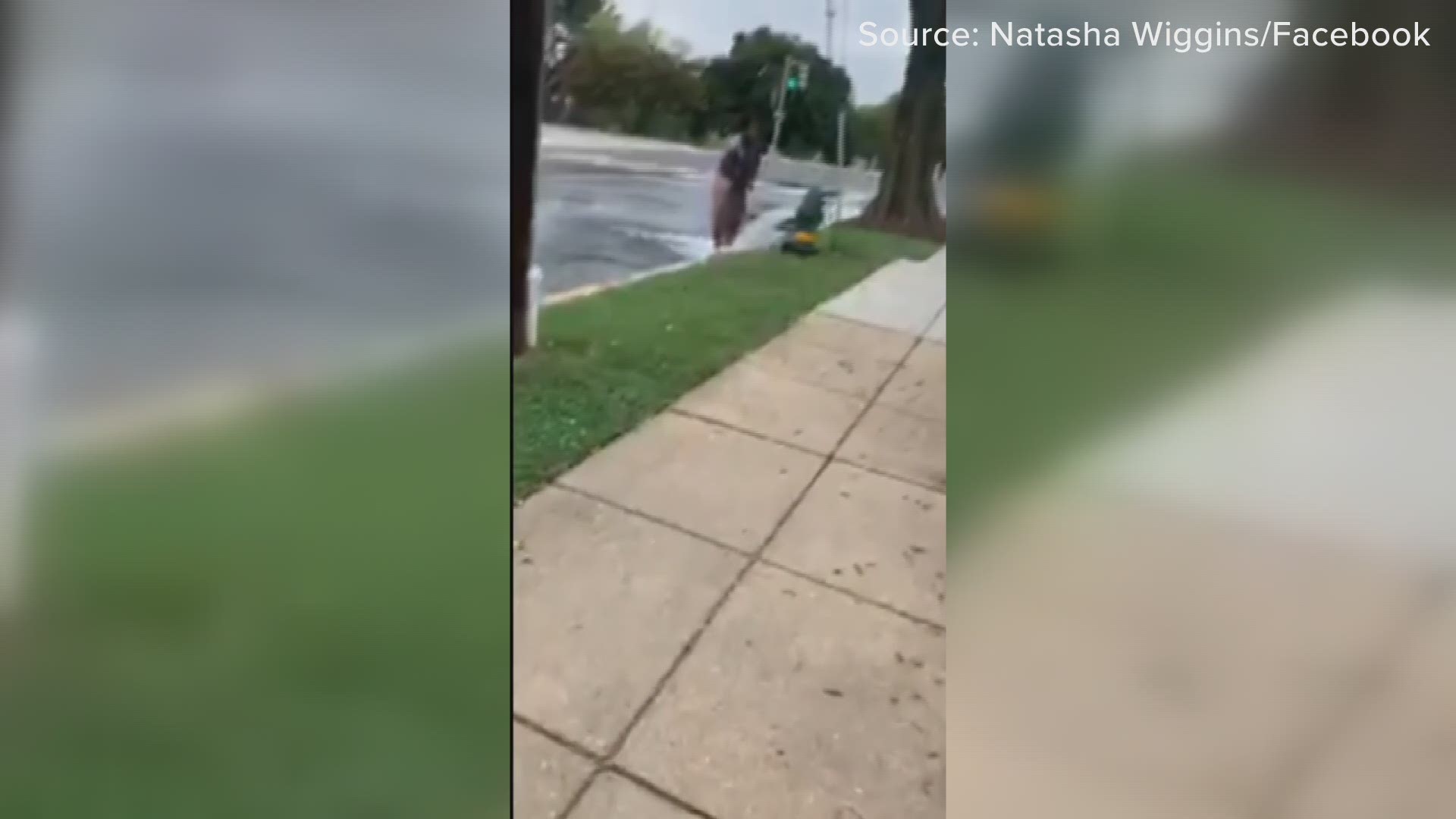 “It really hurt me because I’m like you went home at 5 o’clock knowing that no one on this block had water and you were completely OK going home knowing that – not being notified -- not notifying the residents or anything,” Wiggins said.

Wiggins told WUSA9 apartment managers placed most residents in a hotel over the weekend while repairs were being made.

“We couldn’t cook. We couldn’t feed our kids,” she said. “All they did was give us water.”

WUSA9 reached out to Edgewood Management, and a spokesperson sent a statement detailing what happened.

The statement said management responded quickly to the water outage with D.C. Water and independent contractors, provided residents with water bottles, and has been in constant communication with affected families.

The spokesperson added, “It is our hope that today’s testing determines that we can return all residents who have been temporarily housed back into their units.”

While Wiggins confirmed the water is back on, she said it is tainted.

“I noticed things running out the water – little black stuff,” she described.

The mother of six said the unclean water is a concern as she raises children with disabilities and health conditions.

“I have two with chronic asthma. I can’t use the nebulizer machine or the humidifier because I can’t trust the water that is going into it,” Wiggins explained.

“I want them to treat us like we’re human,” she added.

The apartment complex is hoping the latest round of testing and repairs will help fix the discolored water issue and an ongoing problem with water pressure.

WUSA9 reached out to D.C. Water to learn more about what caused the water outage to happen, but no one returned the request for information as of Wednesday morning.

The utility is hosting a virtual town hall with residents impacted by extreme flooding on Sept. 10.

RELATED: 'What can we do about it?' | DC Mayor calls for analysis of flooding, sewage backup in Northeast

Here is the full statement from Edgewood Management:

“We were experiencing water flow issues at Congress Park late Thursday evening. We quickly brought in DC Water to address the situation along with multiple other contractors (at one point Friday we had DC Water plus four separate contracted plumbing firms working onsite). We did provide bottled water to some residents Friday morning while work was being performed on their units to ensure access to water. After working through the day, and realizing that some residents were still not going to have full access to water, we provided the impacted residents alternative temporary housing options at the sole cost of the property. As of today, the repairs have been made and the water is back on. It is our hope that today’s testing determines that we can return all residents who have been temporarily housed back into their units. We remain in daily communication with all involved residents to make certain that they have everything they need and to update them on the status. It has been really amazing to experience all of the assistance and support that we received from groups like Homeland Security, Uber, Pepco, DC Water, the Mayor’s office, the Councilman’s Office, Ownership, and our various other vendor partners to support our efforts at Congress Park.”