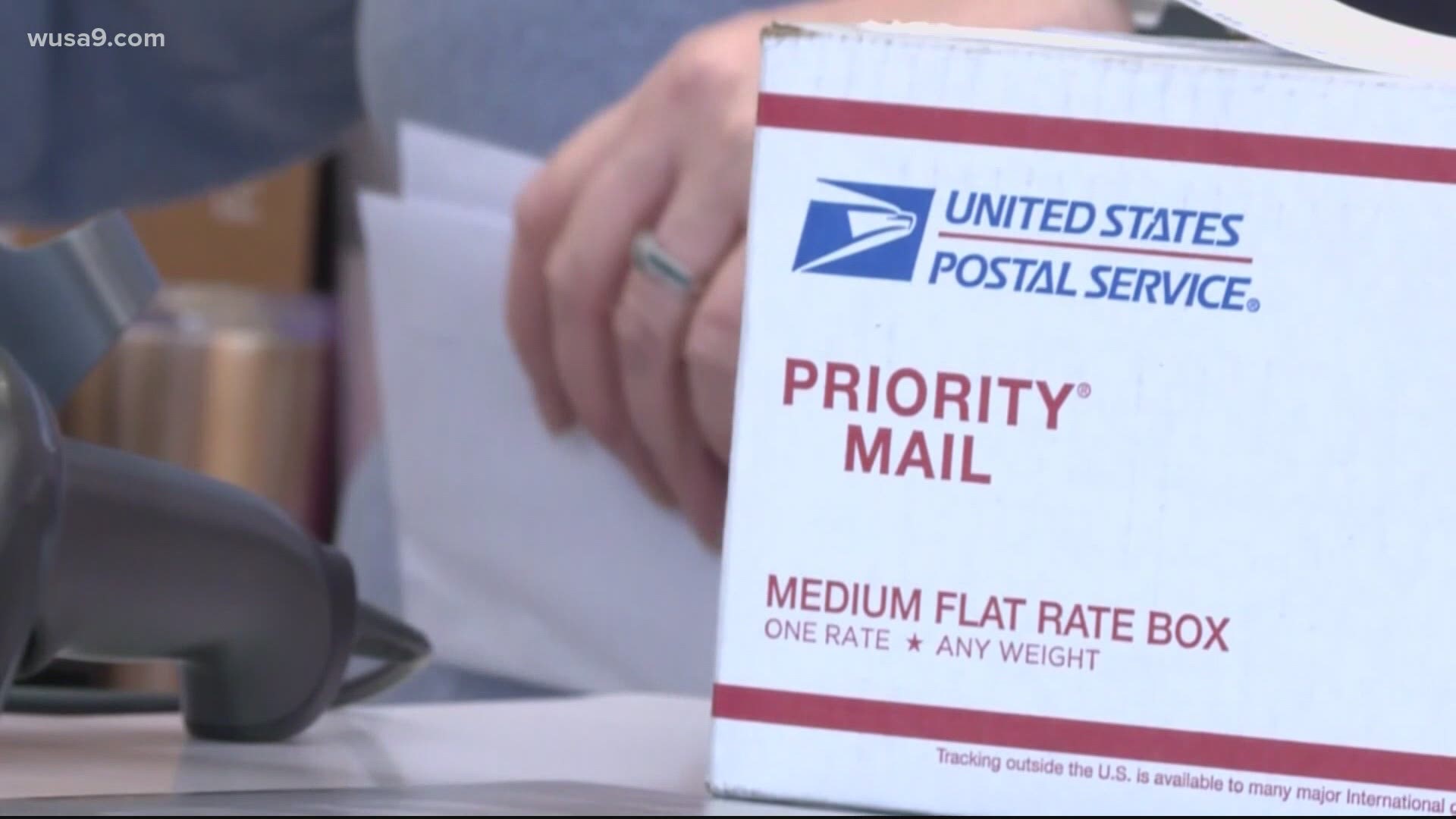 WASHINGTON — Neighbors in a Southeast community are frustrated about the delay in their mail delivery, and claim they've had a real llack of response.

Gloria Gross said at least 20 residents along 36th and 34th Streets near the Fairfax Village neighborhood have not received their mail or had any of their pieces of mail picked up in a week.

"I am really very distressed about it," Gross, who has lived in the community since 1967, told WUSA9. "I've had to change the method of paying some of my bills."

Her friend and neighbor Vasser Baldwin shared the same frustration. This appeared to be the first time she and her neighbors have experienced the problem.

"All of my bills in the month of July, I haven't received any of them," Baldwin said. "We can pay our bills online no problem but we want people to keep their jobs."

Both ladies said the issues stem from the mail carrier or lack thereof when they finally got a hold of a worker with the distribution center. It is bothersome to them especially when their other neighbors on the other side of the street have been getting their mail.

"I hate to really say it but we're living in the 21st century and it doesn't make sense," Baldwin said.

This has been the latest complaint in a series of ongoing frustrations about the United States Postal Service from D.C. residents since last year.

In a letter to Congresswoman Eleanor Holmes Norton in April, the newly appointed acting Postmaster of D.C. said challenges stem from employee availability related to the pandemic, which has contributed to inconsistent delivery service. In response to the staffing shortage, employees are being loaned to facilities where needed and management is monitoring staffing levels daily and maximized resources, including the use of overtime, in an effort to alleviate delivery delays, the letter read.

On Tuesday, the postal worker and disappointed customers voiced frustration on Tuesday over changes and delays with the USPS during a Senate subcommittee hearing on Capitol Hill.

Brian McLaurin, who worked as a mail truck driver in the area for more than 20 years, testified how Congressional leaders should cut new policies implemented by Postmaster General Louis Dejoy to cut down on overtime, late trucks, and extra trips.

"Today, we leave mail behind because of plant processing issues, machines breaking down and fewer machines in the building. We make fewer trips, we are understaffed and we are required to stick to a rigid delivery schedule which requires drivers like myself to leave with trucks that are not fully loaded," he said during the hearing. "To make matters even worse, postal facilities are short-staffed. When mail finally arrives at the station, there are not enough workers to process the mail and get it through for delivery.”

The figure was down from more than 92% of first-class mail delivered on time during the same period in 2020, a USPS leader disclosed in May.

Just over half of all first-class mail arrived on time in the DMV in December last year, according to data obtained by WUSA 9 from the American Postal Workers Union.

Gross said there was once a mailbox many in the community used but it has been removed.

WUSA9 has reached out to USPS for comment but hasn't heard back as of Wednesday afternoon.

RELATED: 'We don’t value the sanctity of the mail' | Capitol hearing focuses on frustrations with USPS delays