The city's youngest victim, 11-year-old Karon Brown, was apparently killed over a dispute about selling cookies. 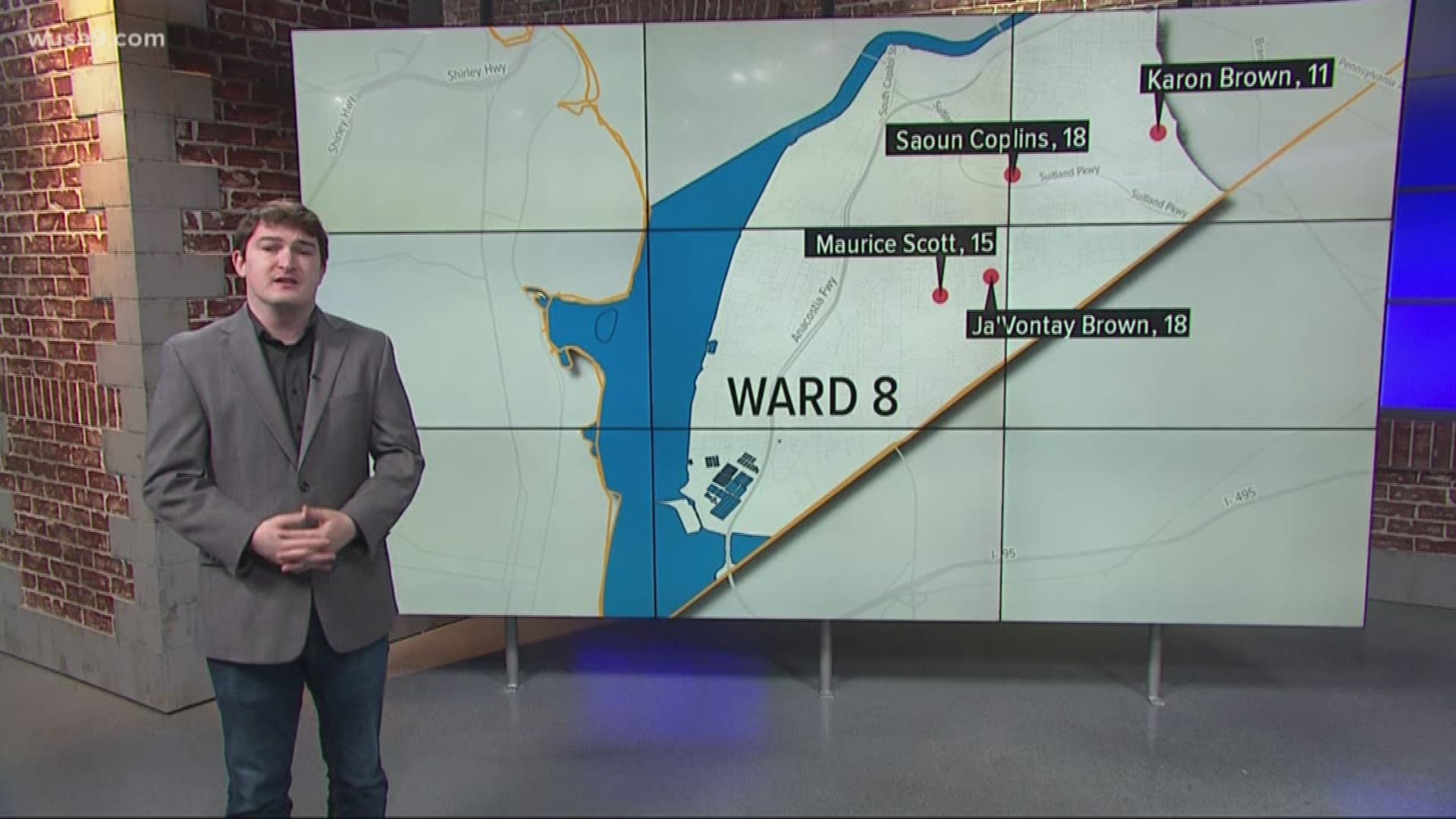 WASHINGTON -- The District’s youth have found themselves in the line of fire on dozens of occasions so far in 2019, with more than 30 shot and at least six victims 18 or younger killed since the beginning of the year.

Four of those murders happened in a small part of Ward 8 – including the fatal shooting of the city’s youngest victim, 11-year-old Karon Brown.

Credit: Jordan Fischer
Ward 8 has seen the majority of youth homicides in so far in 2019, with four people 18 or under killed in the first seven months of the year.

RELATED: 'My mentee is facing a murder charge' | DC man calls for more mentors to save kids from violence

Brown was shot and killed over an apparent dispute over who would have the right to sell cookies and Gatorade near the corner of Naylor Road and Alabama Avenue. Police have arrested 29-year-old Tony McClam in connection with Brown’s death.

But juveniles have found themselves on the other side of the equation, too. D.C. police have arrested more than 200 juveniles a year on weapons-related charges for at least the last three years,  according to a WUSA9 analysis of MPD data.

Other violent crimes involving juveniles saw increases in 2018 as well, with 30 more assaults than 2017 and 16 more robberies. The number of simple assaults against police officers by juveniles has decreased, however, dropping from 127 in 2016 to 61 last year.

Community leaders held a vigil for 11-year-old Karon on Tuesday, calling for the city to make a change.

"We have to address the trauma or it'll repeat over and over again,” said Ward 8 Councilman Trayon White.