Police: Fugitive suspect shot at by U.S. Marshal in custody after hitting deputy with a car

U.S. Marshal Robert Dixon said one of his deputies fired his gun at the driver of a car that struck him, but the driver was not injured. 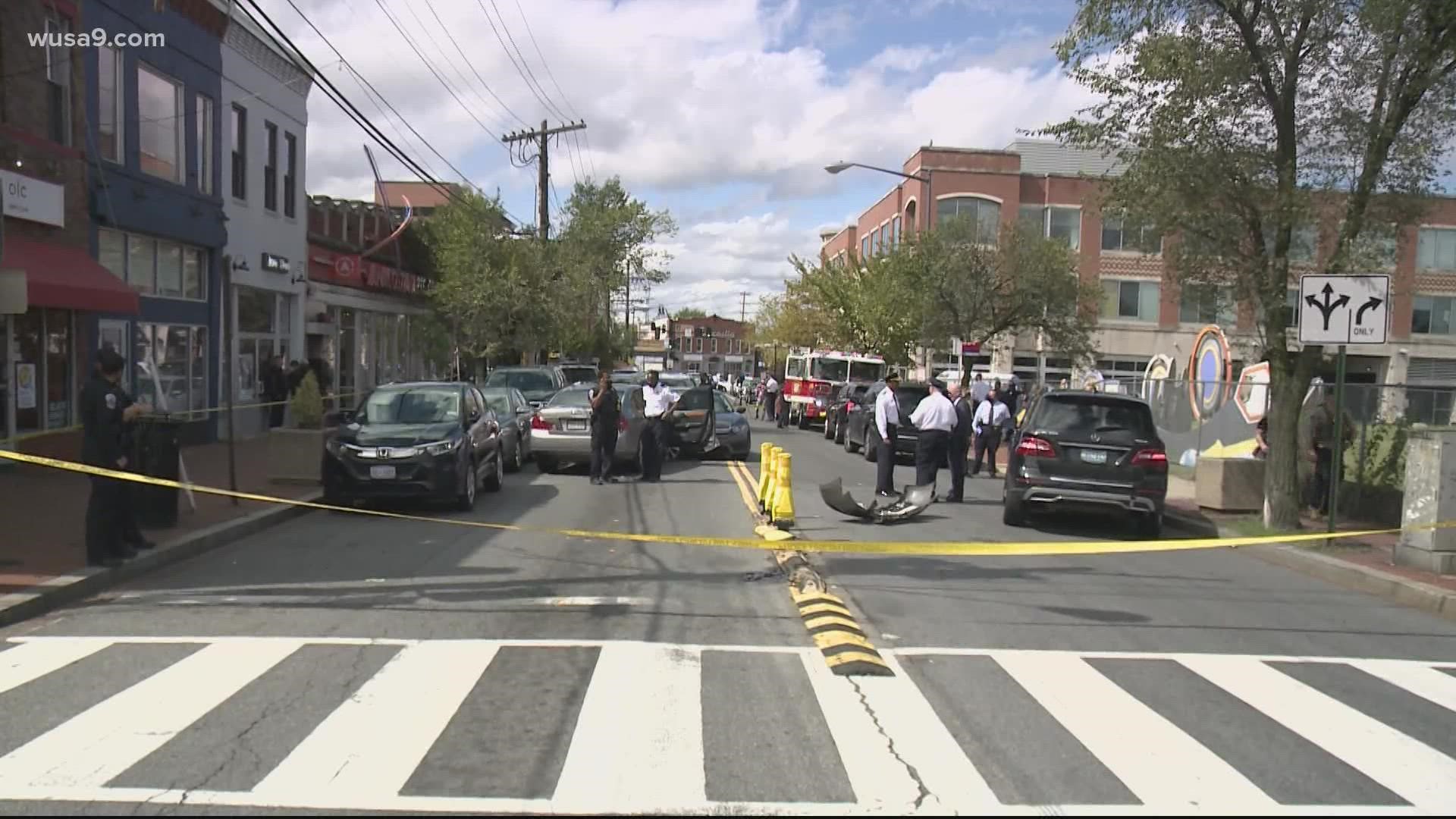 WASHINGTON — The Metropolitan Police Department is leading the investigation on a chaotic crime scene in Southeast, D.C. involving an attempted traffic stop, shots fired by a U.S. Marshal and a car crash.

As deputies attempted a traffic stop, the suspected fugitive attempted to flee the scene and struck one of the deputies with his car, Dixon said. The deputy landed on the hood of the suspect's car, and in fear for his life, Dixon said the deputy fired his gun.

The deputy was able to get himself off the hood of the car, but the suspect continued to flee, according to Dixon, and later crashed his car in the 1200 block of Good Hope Road.

Dixon said the suspect was taken into custody, and has no apparent injuries. The deputy is in stable condition, according to Dixon.

US Marshall’s provided an update to the scene on Good Hope Rd. They say a Marshall was attempting to serve a warrant on Minnesota Ave SE when this all began @wusa9 pic.twitter.com/JQ32atBzlk

More from Robert Dixon, US Marshall Superior Court providing an update to the scene where a US Marshall was injured along Good Hope Rd SE @wusa9 pic.twitter.com/quOtP90Nli

A spokesperson for DC Fire & EMS originally said one person was transported from the scene with critical injuries. WUSA9 has asked MPD whether the U.S. Marshal or the alleged fugitive was the individual critically injured, but has yet to receive an answer.

Parts of Good Hope Road were shut down due to the police investigation. Drivers in the area were asked to follow police directions when bypassing the scene.

More from the scene. US Marshall’s are here, MPD, fire and EMS @wusa9 pic.twitter.com/Pj4RHEWbEh

This scene is quite large. Multiple streets blocked off. Avoid this area because there’s no way to get through @wusa9 pic.twitter.com/F0FvP5AGst

This incident comes on the heels of a string of violent crimes that hit Southeast on Tuesday. A 41-year-old Special Police Officer, Angela Washington, was shot and killed while guarding an apartment complex on 10th Place Southeast.

Five people were also injured in a shooting at Alabama Plaza, including a 13-year-old. Police released a video of a person of interest in the shooting Tuesday evening.

Less than 12 hours later, a man was shot multiple times and a 9-year-old was grazed by bullets after two nine-year-olds got into an argument.