The details are sparse, but local leaders are already speaking out against proposals to bring a detention center for migrant children in D.C. 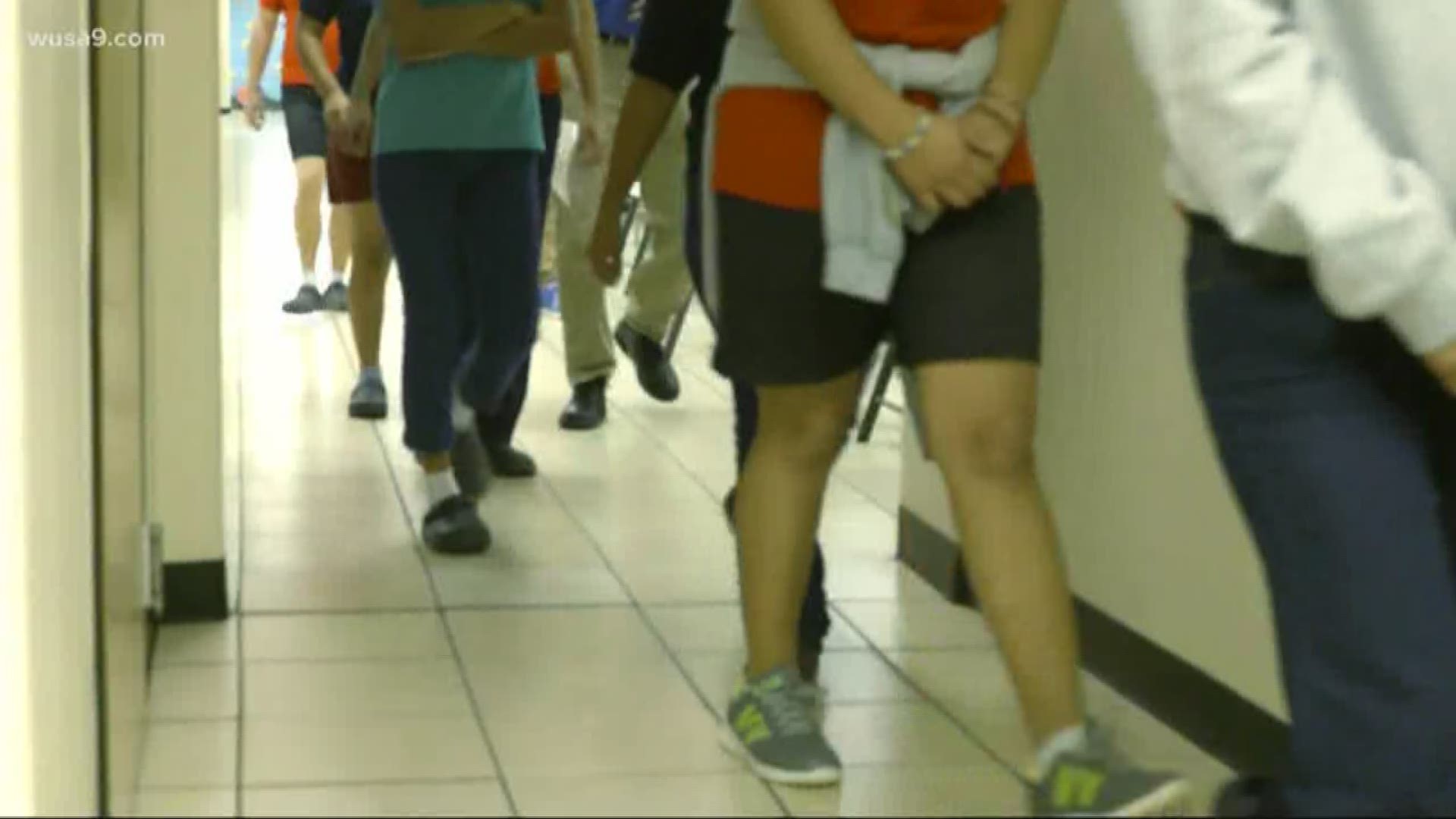 WASHINGTON — Mayor Muriel Bowser did not mince her words in response to a proposal to bring a federal detention center for migrant children to D.C.

"Washington, D.C., will not be complicit... in the inhumane practice of detaining migrant children in warehouses. We have no intention of accepting a new federal facility, least of all one that detains and dehumanizes migrant children," Bowser wrote in a statement.

The response follows a report in the Washington Post, outlining a federal plan to bring a detention center to D.C. The Post reported that a federal contractor named Dynamic Service Solutions has applied for a contract to set up the facility, which could house as many as 242 children.

On Indeed.com, WUSA9 found job listings from the company, which appear to be connected with the proposed shelter.

Details about where this shelter would be located remain limited, but some members of the D.C. Council have indicated that it is the Takoma area. Councilmember Brandon Todd, who represents that area, lambasted the plan on Twitter.

"I'm shocked and appalled at the proposal," he wrote. "I will do everything in my power to fight against this inhumanity."

Meanwhile, there is a similar battle brewing in Northern Virginia, where the Department of Health and Human Services is looking to build another detention center.

The Trump administration put out a bid for a new facility to house children separated at the border, specifically eyeing Fairfax, Loudoun, Arlington and Prince William counties.

The bid calls for a facility, which can house approximately 440 children. This would be the largest detention center of it's kind in Northern Virginia.

Top Democrats have already voiced their opposition to the shelter.

Sharon Bulova, the chairman for the Fairfax County Board of Supervisors, wrote a letter to the Department of Health and Human Services on Monday, outlining her concerns.

RELATED: ICE releases US citizen who was wrongfully detained for more than 3 weeks

"The policy of discouraging border crossing," Bulova wrote. "By ripping innocent children from their families is counter to every value we hold dear in Fairfax County, the Commonwealth of Virginia and the United States of America. We urge you in the name of decency and compassion to find other ways to address this crisis and keep families together."