Witnesses said there have recently been more incidents of juveniles as young as 12 years old taunting and assaulting restaurant patrons unprovoked. 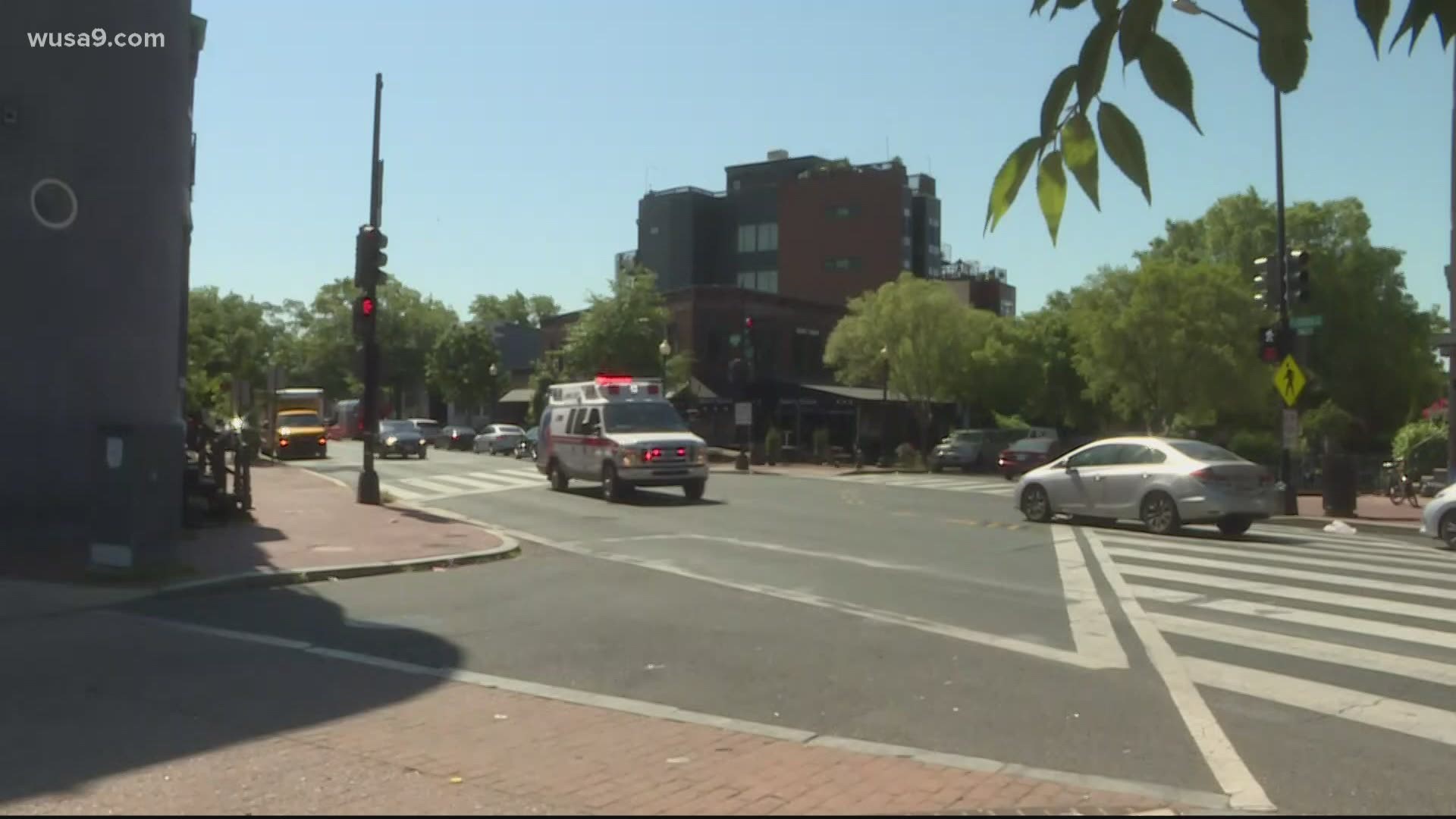 WASHINGTON — Business owners and residents in Shaw said the District needs to do more to address ongoing harassment and attacks by juveniles in recent months.

On Monday afternoon, multiple witnesses told WUSA9 a group of juveniles from 12 to 14 years old randomly targeted strangers and restaurants near the intersection of 6th Street and Florida Avenue in Northwest.

Cagri Tanyol captured the moment officers stopped the juveniles after they allegedly rushed and shoved a stranger to steal his phone around 4:30 p.m. Tanyol lives on 6th Street and said when police left, the kids came back and started throwing stones and water at restaurant patrons across the street. They left only to return and fight with motorcyclists near the restaurant, according to him.

"It turned into a whole hour of continuous assaults in the neighborhood," Tanyol said.

Tanyol assisted the patrons at the restaurant to their vehicle. Officers responded each time but said not much could be done, per witnesses at the scene. Tanyol's video appeared to catch the same juveniles taunting the officers who responded.

"I'm not afraid for my safety but what kind of message are we sending that they can assault and throw stones at strangers and nothing will happen?" Tanyol questioned.

One business owner who is getting ready to open a new restaurant near the intersection is concerned if the random attacks continue. He and other owners said the same group of juveniles has been terrorizing people over the past few months.

"They come and they do whatever they want, like throw balloons full of water on our customers, eggs and rocks," he said. "We're finally getting over the COVID era but now we have a new headache. As a customer when I go out, I want to have a good time with no drama."

The owner, who asked not to reveal his identity, is also frustrated by the police response. He asked what their options are as business owners if the city has no way of controlling the problem.

In a neighborhood rapidly changing over the years, handling juvenile involved in crimes and the safety of the community has been largely a tricky balance.

Community advocate Tia Bell, founder of The T.R.I.G.G.E.R. Project, sympathizes with the businesses, but pleads for the community not to turns it back on the children.

The recent incident only highlights the need for more resources to address youth development and help years of trauma these children have experienced.

"We really have to equip ourselves to support them," Bell told WUSA9. "What we see happening is a perfect storm of un-supervision and lack of healthy relationships and opportunities."

A DC Police spokesperson said the department is aware of the juveniles, one as young as 12, who are involved in the case. However, when it comes to charging and arresting them, the decision must go through the Office of Attorney General because of their ages, MPD said.

The department changed its policy last year to limit the number of juvenile arrests in the city. The initiative included no longer handcuffing children ages 12 and under unless they are a danger to themselves and others.

The case remains under active investigation. Meanwhile, the spokesperson said more officers are patrolling the area and will engage with business owners in hopes of working with them.