'The cavalry should have been coming' | Security at U.S. Capitol questioned after insurrection by pro-Trump mob

The stampede of rioters stormed the steps of the Capitol, burst through the doors, and ran freely through the halls of Congress. 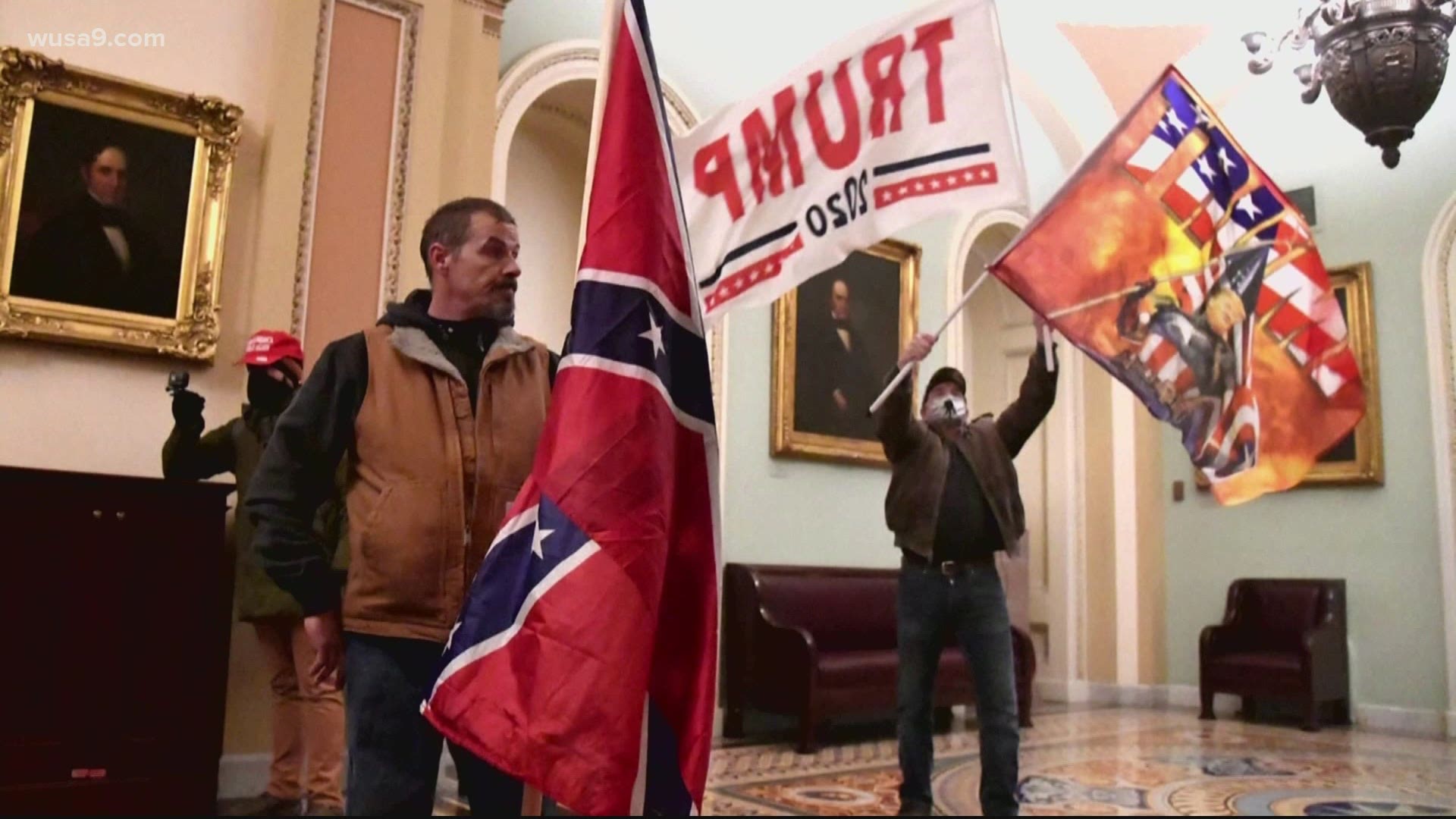 WASHINGTON — The United States Capitol building is a symbol of freedom and the jewel of Capitol Hill.

The officers who work there are charged with the mission to protect the building, its facilities, and all the people in it so Congress can safely fulfill its duties.

On Wednesday, however, the world watched major security breaches happen when a pro-Trump mob wreaked havoc inside and around the Capitol.

Just about everything you can think of went wrong here on Capitol Hill – when it comes to security – this week, experts say.

The stampede of rioters stormed the steps of the Capitol, burst through the doors, and ran freely through the halls of Congress.

“The cavalry should have been coming to get those people the hell off the steps and the platforms, but that would have been very, very ugly and difficult to do if you didn't have superior force,” Terry Gainer said.

Gainer is a former chief of the U.S. Capitol Police Department (USCP).

He said the force may have underestimated the potential of the originally planned protest.

“It appeared to me that the response outside was slow,” Gainer added.

#BREAKING U.S. Capitol Police Officer Brian Sicknick is dead. He suffered a stroke while working during the riot at the Capitol.

The 40-year-old was a 15-year veteran of the force. No info given on where he was stationed around Capitol Wednesday. @wusa9https://t.co/BkZJPVTw1x

A WUSA9 source, who is a former USCP official, said what appeared to be a slow response should not have happened.

On a normal day, our source explained access to the stairs, upper terrace and what officers consider the skin of the building are off-limits.

No one can enter through the west-front entrance which faces the Washington Monument. Visitors can only go in through the visitors’ center on First Street, and all other staff and Congress members can use several entrances on the east front.

Security procedures at the Capitol are fluid depending on potential threats or previous experiences, the source said.

However, the source explained that root processes for planned events happening in the D.C. region remain the same across the board.

RELATED: US Capitol Riot: What we know about the chaos in DC, aftermath

According to that former Capitol Police official we spoke with, law enforcement and intelligence agencies on the local and federal levels have intel analysts that gather information on any large-scale event planned in the area.

The assessments are shared with the agencies likely to be impacted, and each agency develops a detailed plan based off the information.

The agencies then do internal or combined table reads, or walks throughs, of what all possible scenarios might look like.

Capitol Police did plan for a free speech demonstration, according to the Associated Press.

A defense official and two people familiar with the planning, however, said three days before the Capitol riot, the Pentagon and Justice Department reached out to Capitol Police to offer up manpower.

Capitol Police turned both offers down.

According to the WUSA9 source we spoke with for this story, there is no excuse why police should not have been prepared for a situation, such as the Capitol Hill riot.

In this case, the event was widely advertised – even by the president – and it was clear why the groups were coming to the District: to protest the electoral vote count which happens in the House and Senate chambers at the U.S. Capitol.