The local ANC commissioner said D.C. Police are called to the area several nights a week, and the problem persists. 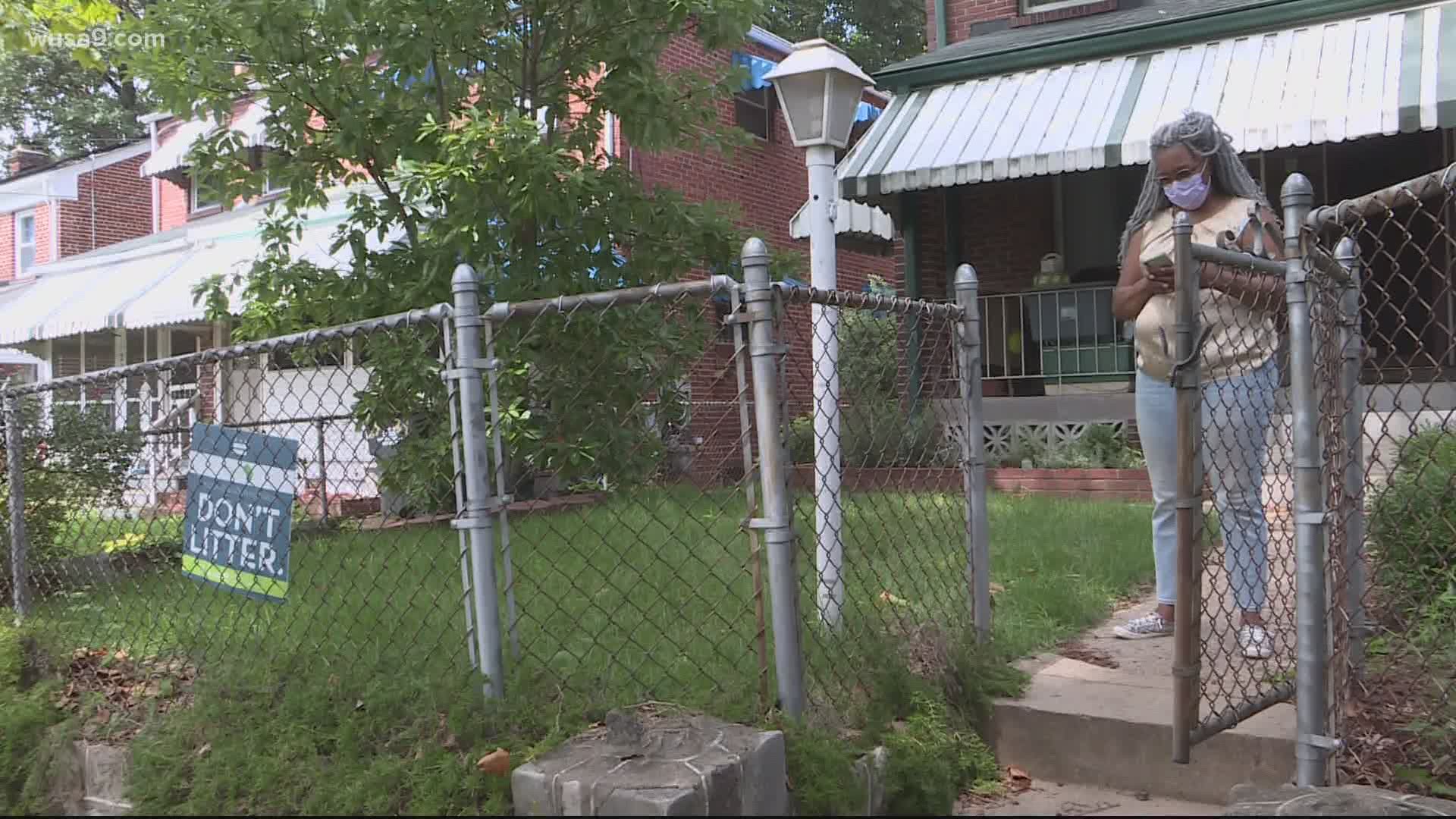 WASHINGTON — On the same night D.C. experienced a mass shooting where more than 20 people were shot, Patricia Howard-Chittams said her tires were slashed after she said she complained publicly about the behaviors going on in her Twinning neighborhood.

“These are people who don't even live in the community who are coming to just hang out and drink and literally have a good time,” ANC Commissioner 7B01 Patricia Howard-Chittams said." Among not following the social distancing guidelines and mask-wearing you also have to deal with public drinking, public urination, as well as some other illicit and illegal activity.”

Chittams said the police get called a minimum of two times a night at least three to four days a week. She said police drive by slowly or ask the people to keep it down.

She said that’s not doing enough to keep people from living in fear.

“You have the American dream that becomes a nightmare and you become a prisoner. Your home should be your solace and I have none of that, I am absolutely miserable,” a D.C. mother who wishes to remain anonymous said. “And I if I give up, I'm giving in to what they want me to do. And they do what they want with no regard to you owning your home and deserving certain privileges, like peace.”

She said she had already had her home vandalized after making a complaint about people hanging out at the top of her block.

“My house was recently vandalized because it was understood that I'm a part of the discontent that we want change and they own this block," the anonymous neighbor said. "I don't see any of them paying any part of the tax bills that come to any of these residents."

Howard-Chittams said she has been dealing with this for years as her time as an ANC Commissioner.

She said she has contacted the D.C. Attorney General’s office about it.

The spokesperson said they have brought numerous lawsuits against neglectful property owners who endanger residents by allowing gun and drug activity to go unchecked, and in order to do so must have MPD incident reports reflecting drug-, firearm- and prostitution-related activity.

In an email chain with Howard-Chittams and the Attorney General’s office, the AG's spokesperson said in order to classify a property as a drug, gun, or prostitution notice they need incident reports from MPD, and the AG’s office was unable to find such evidence of anything actionable for either of the properties she had complained about.

The AG's office requested to meet with the community to go over classification requirements, to which Howard-Chittams declined. She cited insensitivity to the residents that could be placed at further risk. She also noted she thought they were already recording incidents through 911.

RELATED: DC's murder rate continues to go up despite coronavirus

Howard-Chittams said the police are called on an almost nightly basis and said she has noticed crime continue to go up in her neighborhood, despite MPD total crime statistics going down across the District.

“They will mark it as a petty crime versus a much larger crime in order to keep the crime statistics down," Howard-Chittams said. "The pressure from up high is to keep them down."

The ANC commissioner said had the same complaints been made in Northwest D.C., the problem would have been resolved years ago.

“Perception is that the people east of the Anacostia River are just simply not deserving of the same services that are afforded to everyone else in the city,” she said. “We pay the same amount of money in taxes. There are approximately 160,000 people east of the Anacostia River according to the last census and quite frankly, I'm tired. Enough is enough.”

She said in addition to her tires getting slashed last weekend for complaining about the illicit behavior, she said her husband’s lug nuts were taken off his tires.

“I just live in fear," a woman who wishes to remain anonymous said. "I've let my council, and my mayor know, and it’s met with silence."

Howard-Chittams said older people who have lived in the neighborhood upwards of ten years have had to sell because they got tired of waiting for the problem to get better.

She also said families who were newer to the area also moved after only a few years because of the crime.

"They said, you know, we just can't do this, and they left," Howard-Chittams said. "Another community member had to leave in order to protect their son, because he was being pressured to sell."

Howard-Chittams said her family is also asking her when she is going to leave.