Union reps said that if employees strike, they hope customers will support them by shopping elsewhere on March 5, even if they have to drive customers themselves. 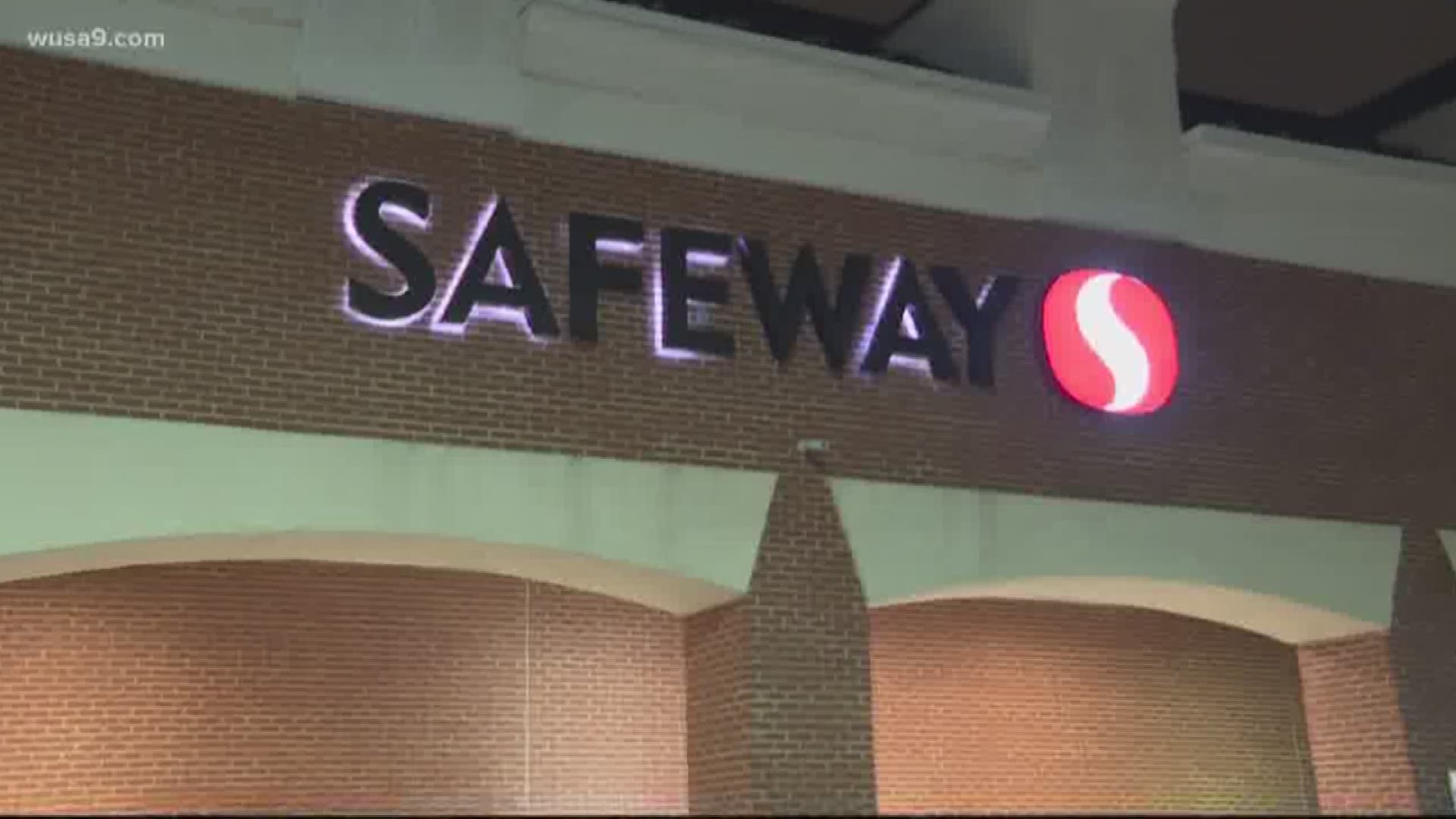 BOWIE, Md. — It looked like a strike, and sounded like a strike. But the 20 union members chanting and walking a mock picket line outside of the Bowie Safeway on Tuesday evening were actually training for a possible strike on March 5.

If United Food and Commercial Workers (UFCW) Local 400, a union that represents Safeway employees in the DMV, doesn't reach an agreement with Safeway by March 5, they will vote on whether to strike.

"We don’t want to strike, that’s a last resort, but we want a fair living wage and pension security," one long-time Safeway employee said.

The vote would effect 10,000 Safeway employees at 116 area stores, according to Michael Wilson, UFCW's chief of staff.

"Yesterday we met with Safeway negotiators for the first time since announcing our intent to take a strike vote if we are unable to reach a fair agreement," Jonathan Williams, the spokesperson for UFCW Local 400, said. "We made some progress toward our goals, but Safeway continues to refuse to live up to its obligation to fully fund our pension. It has become the main sticking point in negotiations."

RELATED: Over 25,000 Giant and Safeway workers may go on strike. Here's why

Williams said if they strike on March 5, they are asking customers to support the union and not cross the picket line to shop. But union members recognize that's not always feasible in some parts of town, specifically East of the River where there are only three grocery stores -- two being Safeways -- in Wards 7 and 8.

"We are working on ways to get people to other stores, and we may drive them ourselves," Williams said. "We’re working with churches and food banks to come up with solutions."

Safeway said in a statement that if workers decide to strike, stores will remain open.

"Safeway is committed to remaining at the bargaining table to work through our challenges and reach an agreement that rewards our employees," the company said in a statement. "In the event of a strike, our stores will continue operating and serving our customers."

UFCW Local 400 also recently negotiated with Giant workers. On their website, Giant said the tentative deal will enhance wages and benefits like healthcare and retirement.

"Giant Food is pleased to have reached a tentative agreement with UFCW Locals 400 and 27," the company said. "Working together with the union, we have enhanced the industry-leading compensation and benefits earned by our associates – importantly protecting healthcare and retirement – while at the same time ensuring the continued viability of our business and the jobs it provides to our 16,500 union associates."

Now grocery employees are looking at Safeway to do the same.

"With the offer that Safeway has on the table, taking away their retirement security, making their healthcare unaffordable, paying people minimum wage, it makes it not worth it," Wilson said. "People are going to make the choice that even if they have to go without that paycheck it's worth it to get what they deserve."

RELATED: 'It's a game changer' | How DC's $161M budget surplus could solve food desert crisis east of the river