Until Tuesday, Contee has been an interim fix to the department's head position after Peter Nesham left in early January. 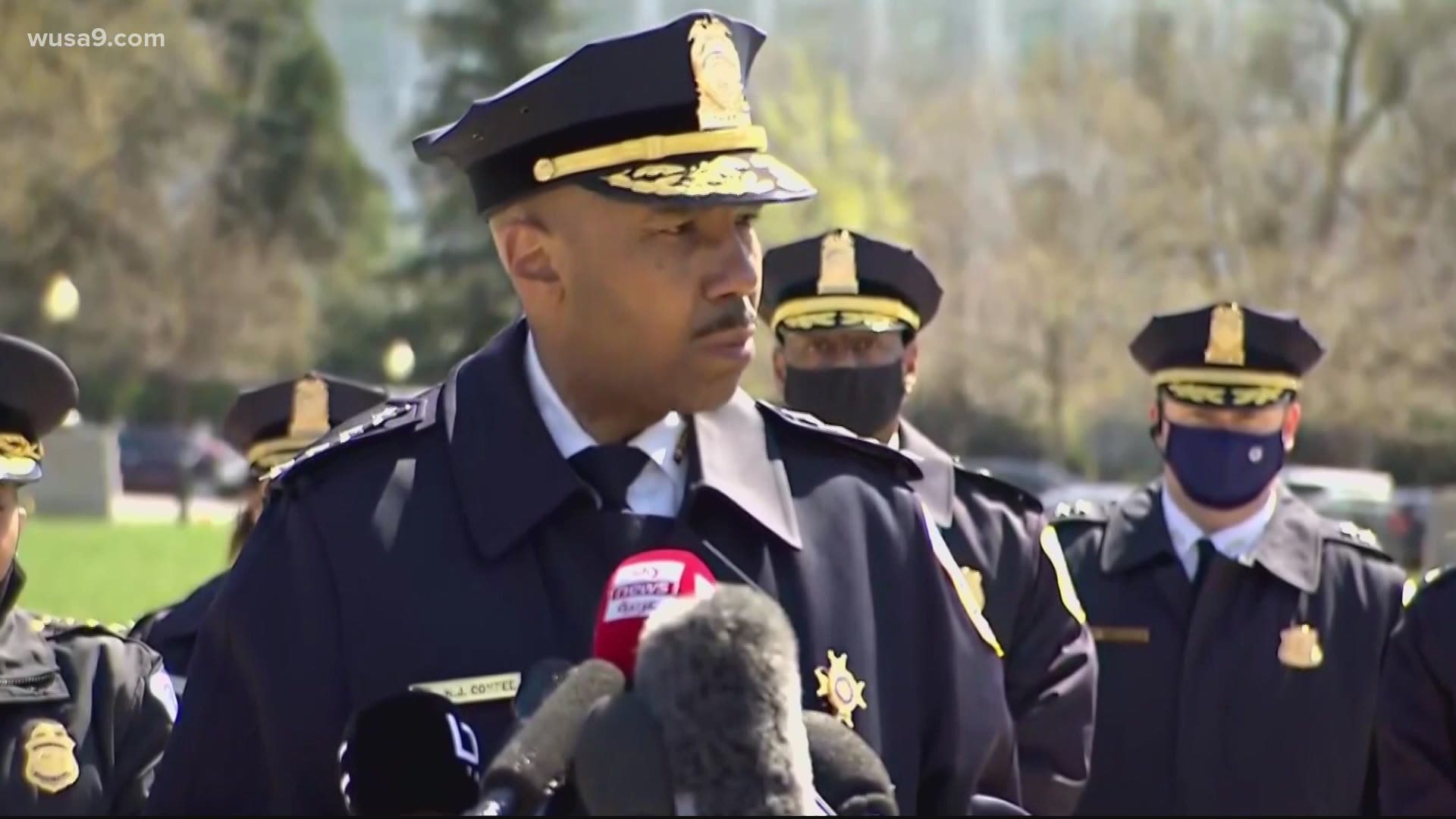 WASHINGTON — Robert J. Contee III has been confirmed as the police chief for the Metropolitan Police Department, according to a statement from the department after serving as the department's acting chief for four months. The chief was unanimously approved by the D.C. Council.

"It's official, Robert J. Contee, III, is confirmed as Chief of Police for the Metropolitan Police Department!" MPD tweeted Tuesday afternoon. "With his community-based vision for policing and D.C. roots, we look forward to Chief Contee's leadership while we serve and protect our city."

Until Tuesday, Contee has been an interim fix to the department's vacant head position after Peter Newsham left in early January to become the chief of police for the Prince William County Police Department.

With his community-based vision for policing & DC roots, we look forward to Chief Contee’s leadership while we serve and protect our city. #ExcellenceIsTransferrable pic.twitter.com/MkgKOXYvny

A native of Washington D.C., Contee has worked with the Metropolitan Police Department his whole law enforcement career, starting as a cadet in 1989.

Contee holds a bachelor's degree from George Washington University. He has also completed the Management College at the Institute for Law Enforcement Administration and the Senior Management Institute for Police, according to his biography on D.C. Police's website.

One of Contee's first missions will be the city's Summer Crime Prevention Initiative, aimed at decreasing violent crimes in specific high crime areas from May 1 to Aug. 31.

“MPD is laser-focused on providing these targeted areas with all the available resources and utilizing evidence-based and intelligence-driven strategies to combat crime while partnering with other law enforcement agencies, community organizations and advocates with a collective goal to reduce crime,” Chief Contee said.

The chief launched the initiative, in conjunction with Mayor Muriel Bowser, Monday, following a violent weekend in the city where at least eight people were shot, including a 7-year-old girl. Homicides are currently up by 35% over this time in 2020 -- a year in which murder hit a 16-year high.

RELATED: 'Thank you for your leadership on that day and everyday' | Montgomery Co. officers honored for responding to Capitol riots