One restaurant group in the DMV said about half of its restaurants haven't been able to reopen. 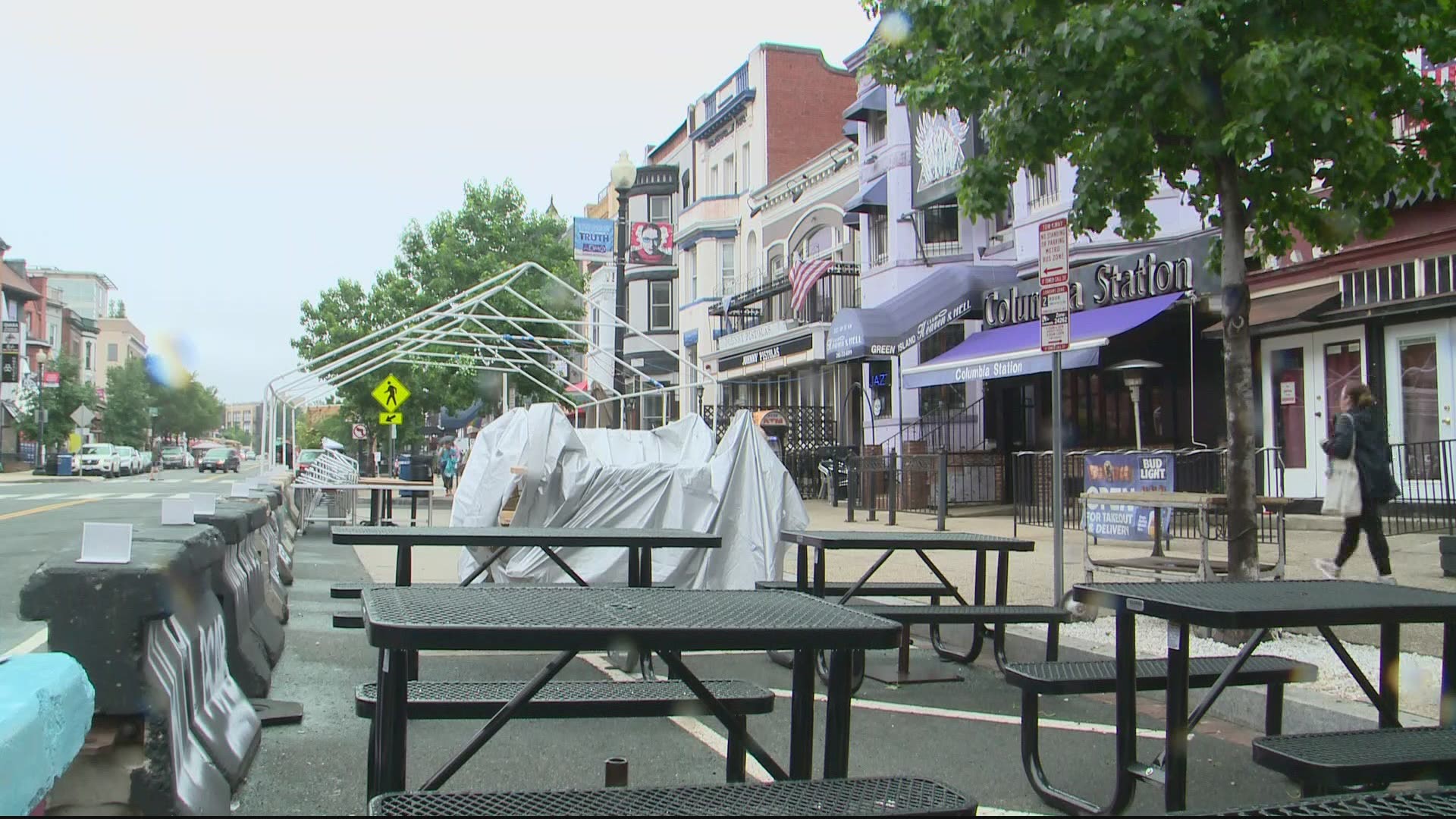 WASHINGTON — Despite having the necessary food, drinks and equipment to reopen, restaurants in D.C. continue to struggle to find the right amount of workers.

The hospitality industry – including restaurants and bars – continues to see a labor shortage as the result of the pandemic. Even though officials have lifted capacity limits and fully reopened the District, businesses like The Sovereign in Georgetown haven't been able to see the benefits.

The Belgian-theme bistro and bar is a part of The Neighborhood Restaurant Group, which is comprised of up to 20 different businesses across the DMV and New York. However, the hiring crisis has prevented about half of the restaurants from opening their doors to customers again.

"It's just rough because I feel like we're sitting on the sidelines here but we're working hard to get there," Greg Engert, the group's beverage director and partner, told WUSA9. "We don't have the amount of people to fulfill all these jobs especially as every restaurant, bar and brewery are trying to open at the same time."

There is a variety of reasons why workers aren't coming back, especially as it depends on who you ask. Industry leaders have pointed to the unemployment benefits, while others believe the lack of child care, ongoing safety concerns and a new work-life balance have played a factor.

Engert said many of the workers have pivoted to a different career choice.

A census poll in April found almost 40% of restaurant companies said they were having trouble filling positions.

Earlier this month, a Bureau of Labor Statistics report estimated the hospitality industry was facing a shortfall of more than two million jobs.

More than half of jobs lost in the District from February 2020 to March 2021 belonged to the leisure industry, which includes restaurants and bars.

Many other owners are now offering greater benefits and higher wages to get employees on board, making it that much more competitive.

"It's getting pretty cutthroat out there with a lot of bonuses, boosted hourly wages and things like that," Engert added. "I have to be honest, we're still coming out of a pandemic so we're having trouble competing with some of these offers because we're trying to make ends meet."

Finding even the minimal amount of five to six employees could help reopen The Sovereign within a month.

The pandemic has hit the restaurant industry hard with 198 permanent closures across the DMV, according to the Restaurant Association Metropolitan Washington.

RELATED: US jobless claims tick up to 412,000 from a pandemic low