A WUSA9 analysis of Zillow data found that the median rent in Navy Yard and Southwest Waterfront grew by more than 12 percent in a single year. 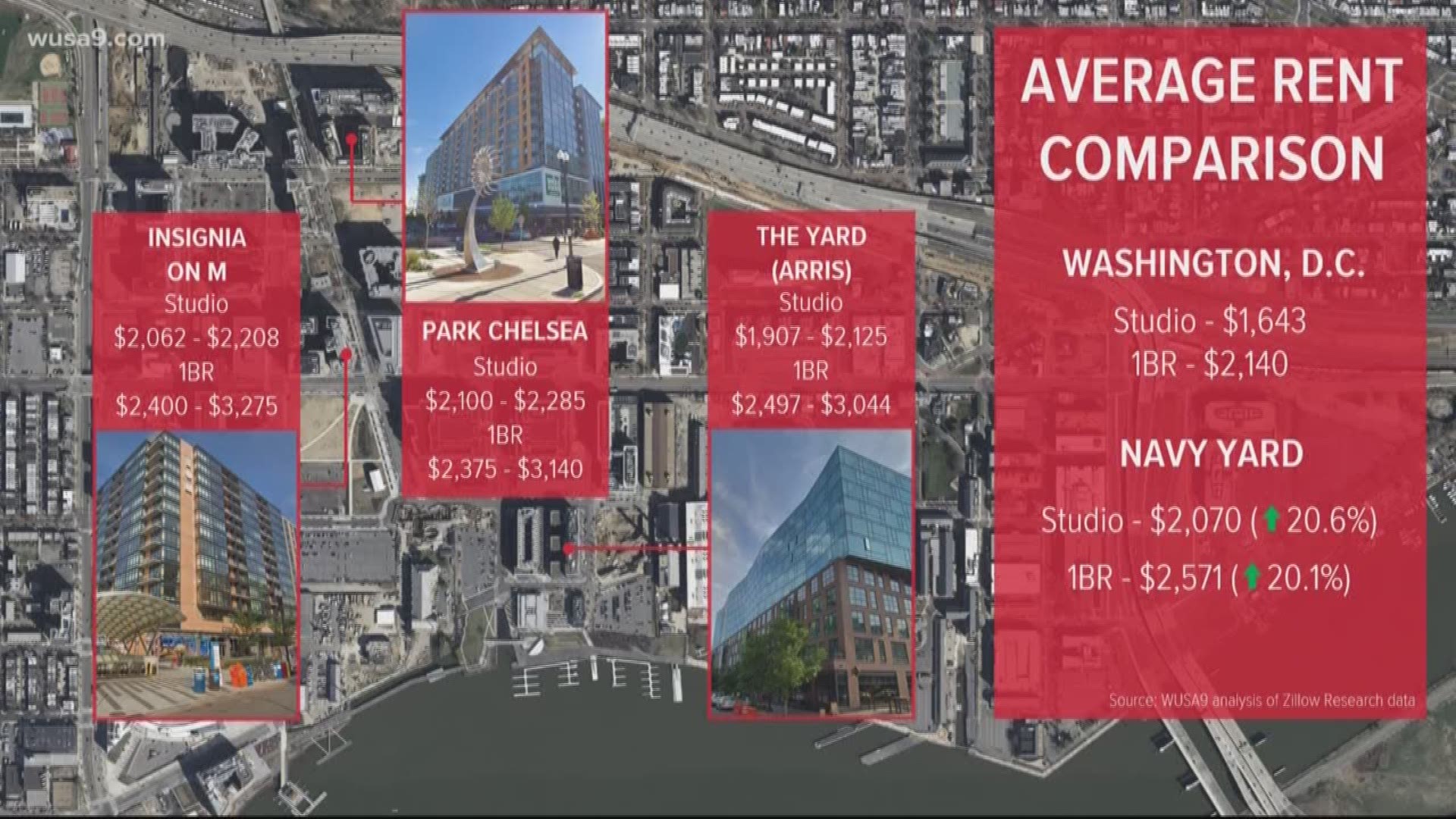 WASHINGTON — Median rents in Navy Yard and Southwest Waterfront have jumped precipitously over the past year – increasing more than three times faster than the rest of D.C. in the same timeframe.

The area has become one of the hottest rental spots for the city’s class of young professionals, in part because it offers a quick commute to Capitol Hill or across the river to Arlington or Crystal City (soon to be home to Amazon’s new HQ2). Navy Yard apartments in particular can now also boast it's within walking distance of a growing list of highly-rated restaurants –-- plus Nationals Park, which can run $20 or more just to park.

RELATED: Amazon's HQ2 is officially coming. What's it going to do to your rent? Your home value?

To meet that demand, developers have been pumping out high-rent luxury apartments across the area. According to a WUSA9 analysis of Zillow Research data, studio apartments in Navy Yard now start at an average of $2,070 a month -- more than 20 percent higher than the D.C. average -- and one-bedrooms are approaching $2,600 a month. 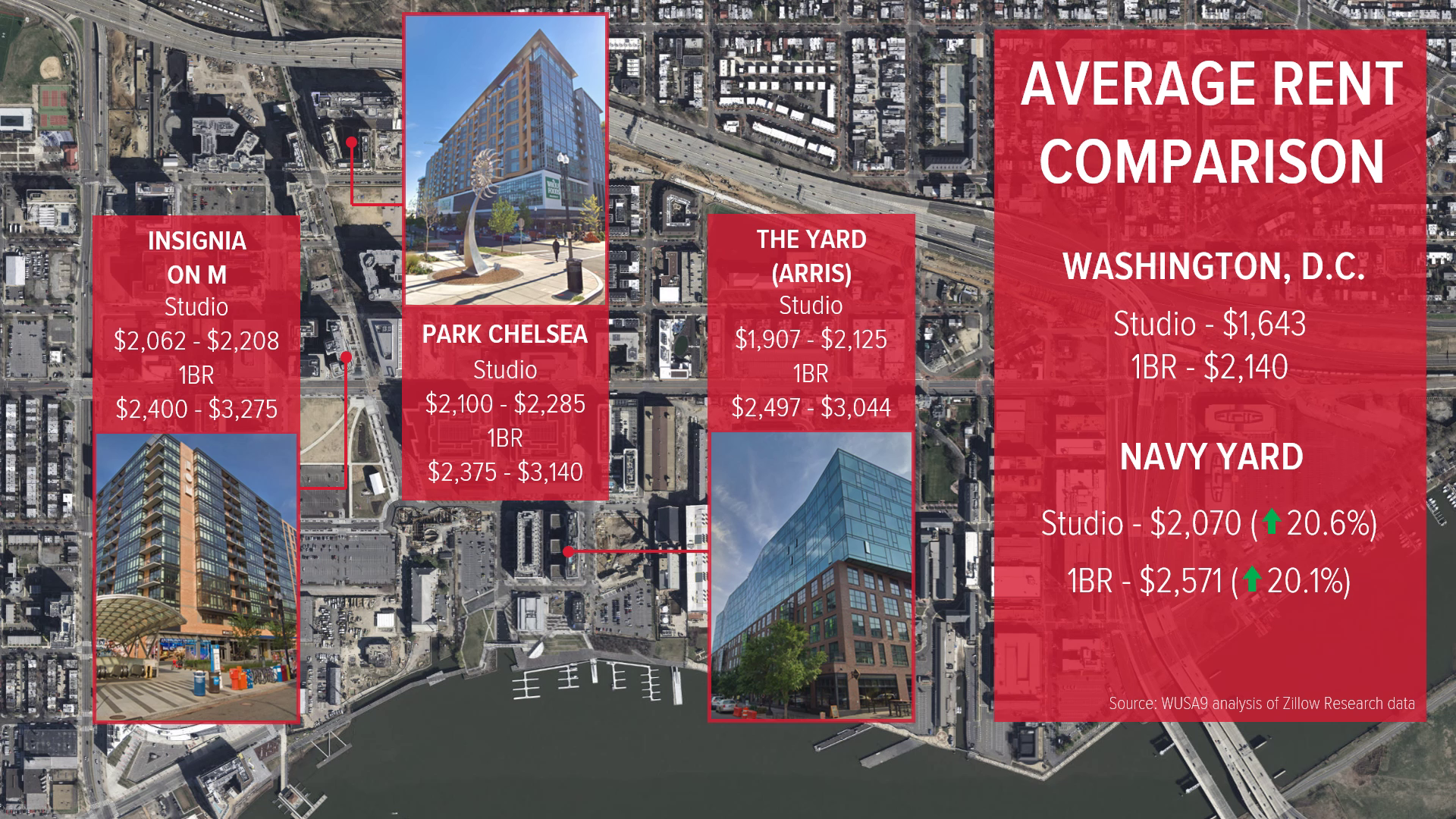 The change has been so thorough that the neighborhood is barely recognizable from its former self, according to Realtor and D.C. native Nick Dunstan.

"So traditionally there were no buildings -- there was nothing -- in Navy Yard or Southwest Waterfront," Dunstan said. "You had some co-ops, stuff like that, but it was mostly empty lots."

Dunstan, who owns Dunstan Real Estate Group, said the area has really benefited from an influx of renters who are willing to "trade their cars for Uber and proximity -- and high rent."

"The largest driver of these rent increases is the new inventory," Dunstan said. "And all the new buildings are trying to compete with each other."

RELATED: Moving to DC? Looking for a new place? See how long your walk to the Metro will be.

To see just what effect that new inventory has had on rents, we used Zillow data to create a three-month moving average of median rents for all apartment buildings with at least five units in each D.C. ZIP code.

The median rent for all listed apartments citywide during that period increased by 4.3 percent. Other cities in the DMV saw double-digit increases, including Chevy Chase (16 percent), Manassas Park (12 percent) and McLean (10 percent).