WMATA also addressed a question regarding if Metro should still be charging peak fares while not offering peak service. 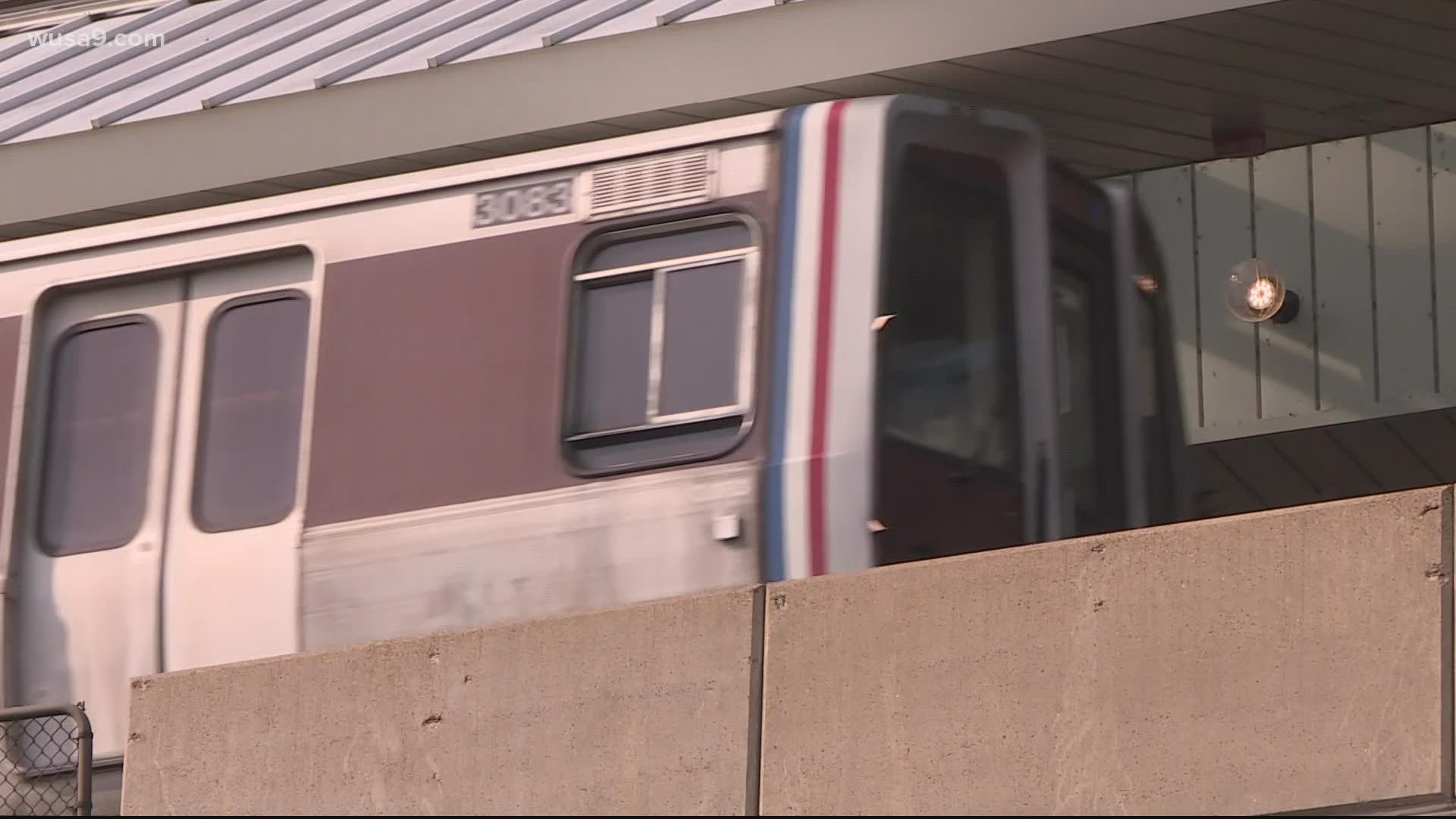 WASHINGTON — D.C. metro riders will have to put up with delays through mid-November, WMATA announced Thursday.

Trains will continue operating every 15 to 20 minutes on the Red Line and every 30 to 40 minutes on all other lines. Silver Line service will continue to operate between Wiehle-Reston East and Federal Center Southwest only.

The transit company continues to inspect almost 60% of its rail cars following a train derailment that was linked to malfunctioning wheels on its newest trains. The delays will now continue through at least Nov. 15. They said it is still too difficult to clearly state how long all inspections will take.

WMATA announced the previous extension last week and said that it would continue through at least Halloween.

“I would first like to start by apologizing to our Metrorail riders, and inform them and the Board that all our resources are working to get all of our 2000, 3000 and 6000 series rail cars back in service,” WMATA Chief Operating Officer, Joe Leader said at the start of a Thursday virtual meeting.

With the slower service, Metro is currently experiencing crowding -- something that is being targeted as they move through their planning phases of getting the rail cars back up and running.

Metro has noted that the Red Line has the highest passenger load in the 5 p.m. hour between Metro Center and Judiciary Square. The Green Line sees its highest loads in 5 p.m. hour as well, between L’Enfant and Waterfront.

Metro also hopes to extend the Silver Line to Largo in their next stage of planning. There is no clear deadline as to when that will be.

Once Metro moves to its next phase of restoration, they intend to add additional rail cars to reduce the overcrowding.

Every car that is inspected must be cleaned thoroughly first so that inspectors can adequately review the undercarriage. Then, there is a long checklist of aspects to observe and test. Ultimately, the procedure can be lengthy, a Board member explained in a Thursday WMATA meeting for those who are frustrated with how long inspections are taking.

Metro is still encouraging riders to seek alternate routes such as their bus service in the meantime.

Metro General Manager and Chief Executive Officer Paul Wiedefeld said last week that they are looking to get older rail cars, including the series 2000, 3000 and 6000, fully inspected to possibly put them out while they continue to fix the 7000 series cars.

RELATED: Metro putting older trains back in service after derailment

However, in order to put the 2000 series back in service, a host of component change-outs need to be done, as well as a thorough inspection and cleaning; all lending to a long process.

WMATA also addressed a question regarding if Metro should still be charging peak fares while not offering peak service. Although the board did not directly confirm whether costs will change, they did say that the proposal may be "on the table" moving forward as more information is gathered. "We'll see," a Board member said.