The reality TV star is donating 15 percent of record sales from her new hit single, " I See You," to the DC Education Equity Fund. 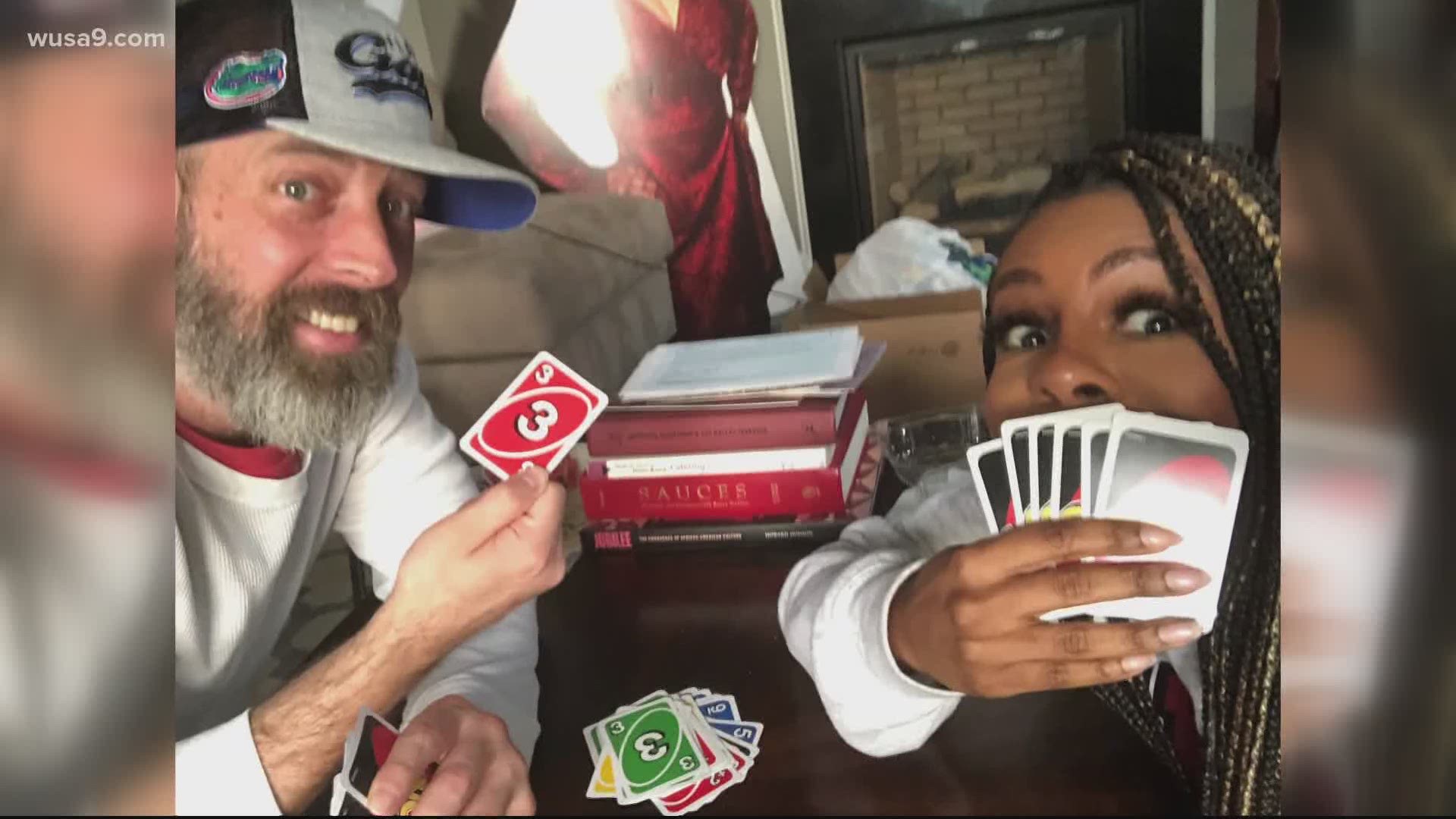 WASHINGTON — Reality TV star Candiace Dillard Bassett of the hit show "The Real Housewives of Potomac" is giving back to D.C.'s most vulnerable families to make distance learning easier.

Fans who have been following Candiace Dillard Bassett know she has been up to something special.

Last week, Bassett released her new single "I See You," featuring go-go icon Anwan "Big G" Glover of Backyard Band. The go-go song is a remix of a love ballad she wrote to her husband, Chris.

"I always knew that I wanted to do a song to pay homage to the city that raised me and that I adopted when I moved here," Bassett said.

Basset grew up in Atlanta.

Before the song dropped, Bassett decided to donate 15 percent of her record sales, during the first two weeks, to the DC Education Equity Fund. The fund supports families in need of digital resources like Wi-Fi hot spots to make distance learning easier as stay-at-home orders remain in effect.

RELATED: 'We are the people most at stake' | Local teenagers lead national conversation on COVID-19 and young people

"My sister is an educator in DCPS, and I have many friends who are educators in DCPS, so I've heard from them about the ways they've had to adjust to struggle, and the ways that a lot their students, parents and families are struggling to do this distance learning,," Bassett said.

Bassett worked with Grammy-nominated producer Chucky Thompson and WHUR's DJ Iran to produce the track that has been streaming on all major platforms including iTunes, Tidal and Spotify.

"The goal was to put the song out to cheer people up and distract them from the news and the times," she said.

Speaking of distractions, like most industries impacted by the pandemic, the entertainment industry has been, too.

The premiere of the RHOP's fifth season has been pushed back to summer. Fans of the show were anticipating the arrival this weekend.

Bassett could not spill many details about the new season, but told WUSA9 it will bring fans to the edge of their seats.

"It's going to be a lot to digest," she said. "You will get the juicy drama and it will be just as good, if not better."

To keep up with the latest updates on Bassett, her new song and the RHOP, find her on Instagram.

If you'd like to donate to the D.C. Education Equity Fund that Bassett is contributing to check here.