For now, the bar remains closed. Yet if its doors open once more, all protestors WUSA9’s Mike Valerio spoke with said they'd be back to shut it down. 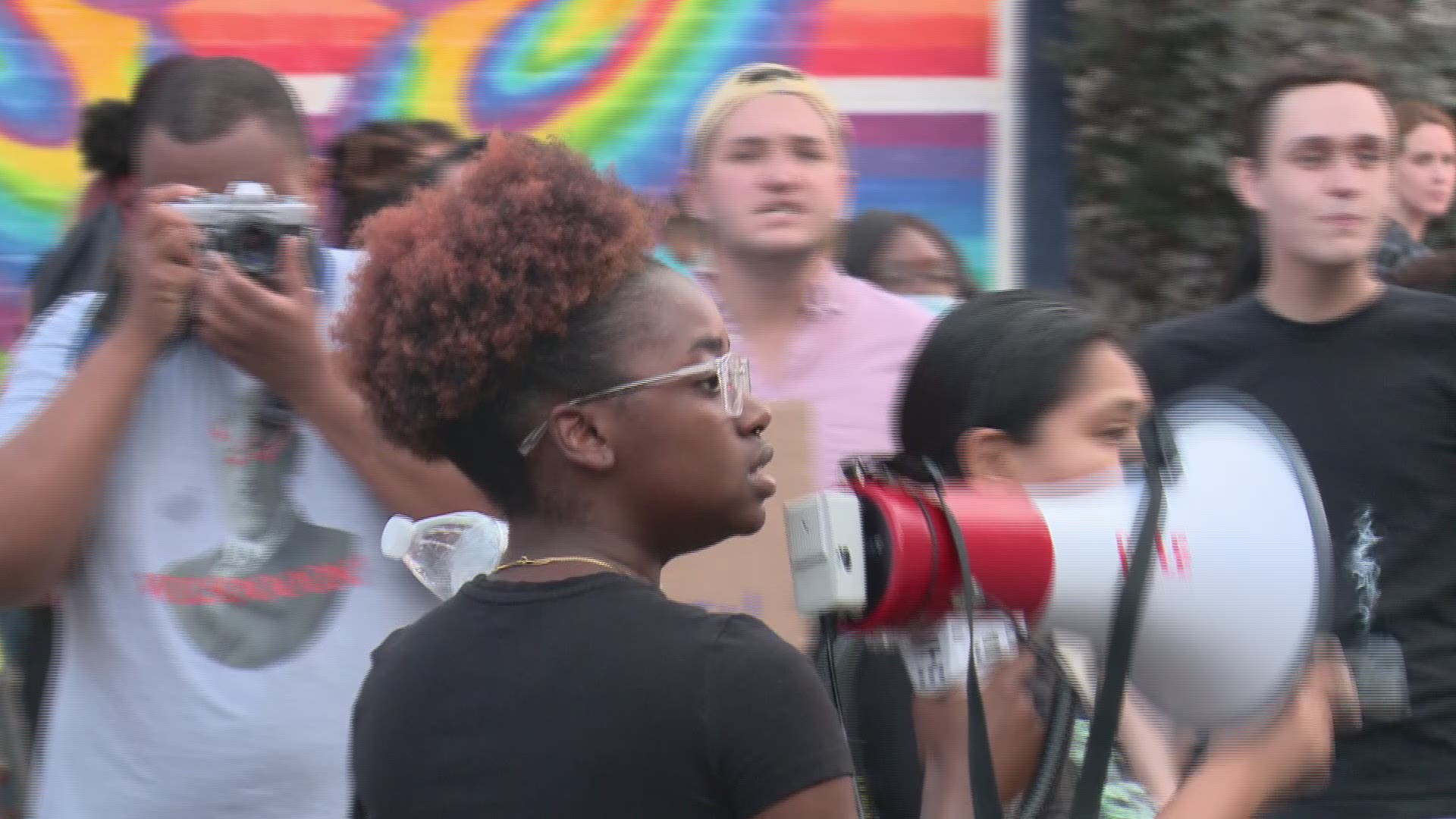 WASHINGTON — Nearly a week after a security guard dragged Keisha Young down the stairs by her hair, the clarion call at the corner of 9th and U Street: "Nellie's is done."

The landmark bar, closed for the week, fired its security and apologized through a written statement.

For Boycott Nellie's protester Brittney Henderson-Fiestas, she said it didn't have to end like this.

“Instead of asking her politely, instead of escorting her and doing their jobs like security are supposed to do, they dragged her down by the braids,” she explained.

“I'm here to try to make my voice heard, personally,” said fellow Boycott Nellie's protester, Kitty Wels. “To join the movement, to try to get some accountability from Nellie's and the ownership.”

One demand was made clear at the Friday night protest: releasing all of the surveillance video from last Saturday.

For now, the bar remains closed. Yet if its doors open once more, all protestors WUSA9’s Mike Valerio spoke with said they'd be back to shut it down.

“I'm proud of this city because I know D.C. is not a city that sits down and takes it,” Wels said. “I hope that I can also count on my community. And know that seeing this, I can."