Caty Borum Chattoo may be a university-caliber professor in the American University Communications Department, but she can still appreciate a good 'ol pun. 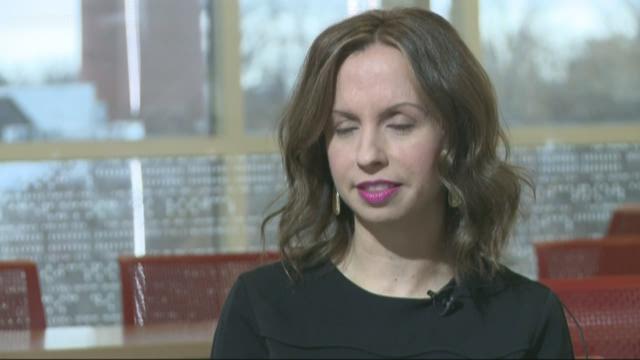 Caty Borum Chattoo may be a university-caliber professor in the American University Communications Department, but she can still appreciate a good 'ol pun.

"Two strings walk into a bar," she said with a smirk already forming. "And the bartender says 'are you a string? Cause we don't serve your kind here.' And the one string ties itself into a knot. And says 'I'm a frayed knot."

But Borum Chattoo is not only enjoying comedy, but also taking an academic approach to study it. She created a research project called "The Laughter Effect," to examine one central question.

"We wanted to know," she said. "When people actually watch comedy about something like global poverty, do they actually think about the issue differently."

Essentially, the project looks to find the effectiveness of incorporating comedy into shows, documentaries, or other media, in order to cause societal change. Remarkably, the research shows that comedy can be effective, in making a viewer care about a cause, and retain the information.

The researchers even hired a New York City comedian named Bethany Hall, as a "Comedian In Residence." Hall is currently a writer and performer on the Chris Gethard Show on TruTV.

Hall said that she's been involved with the research since before the gig was offered. She said it's meaningful to "use her skills" as a comedian to find better ways to effect social change.

"With the state of the union," she said. "It would be great to get some healing through laughter."