Officials are reminding people about the dangers of swimming in the Potomac and Anacostia rivers amid hot weather impacting DC communities. 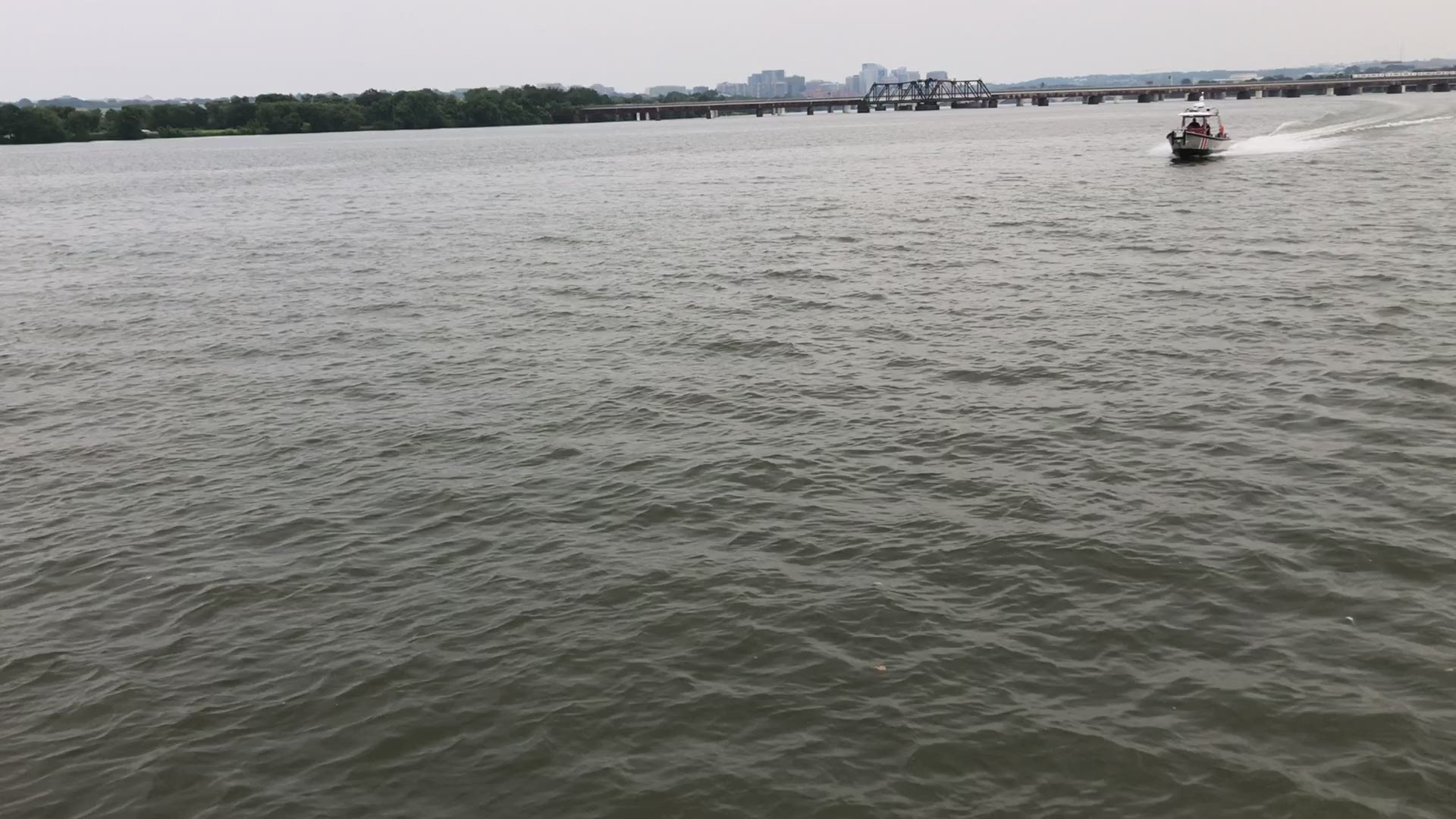 WASHINGTON — When the summer heat cranks up, it can be tempting to take a splash in the waters around DC. But firefighters say jumping in could be a big mistake.

"The entire river is inherently dangerous because it looks calm," said DC Fire and EMS (DCFEMS) Captain Paul O'Conner. "But underneath the moving water...that looks easy to swim in [are] many obstructions."

O'Connor is part of DCFEMS' Marine Division. They've been busy.

The most dangerous area is on the Northwest edge of the city near Fletcher's Boathouse, according to Maggiolo.

"Strong currents, they'll pull you under," he said. "Rocks, you'll get tossed around. It's almost like a vortex, being in a washing machine."

RELATED: DC Fire and EMS: Woman dies after being rescued from Potomac River

If that's not enough, there's another reason not to jump into the rivers around DC: it's illegal.

DCFEMS and DC Police confirm swimming in the Anacostia or Potomac rivers is against the law.

Still, the Marine Division works to stay prepared in case someone does go in.

The agency has a fleet of about four emergency response boats and uses special suits for water rescues.

Big takeaway from authorities: don’t swim in the Potomac or Anacostia!

"[The suits have] got flotation which is enough for myself and hopefully if I have to rescue someone else it provides flotation for both of us," said firefighter and paramedic David Brown.

It's also important for boaters and kayakers to be careful while on the water. Wearing a life jacket and having a phone handy to call for help in case of trouble can save lives, said D.C. Fire and EMS.