Many people there said DeJoy's actions threaten their rights. They say removing mail sorting machines and drop-off boxes will suppress the vote. 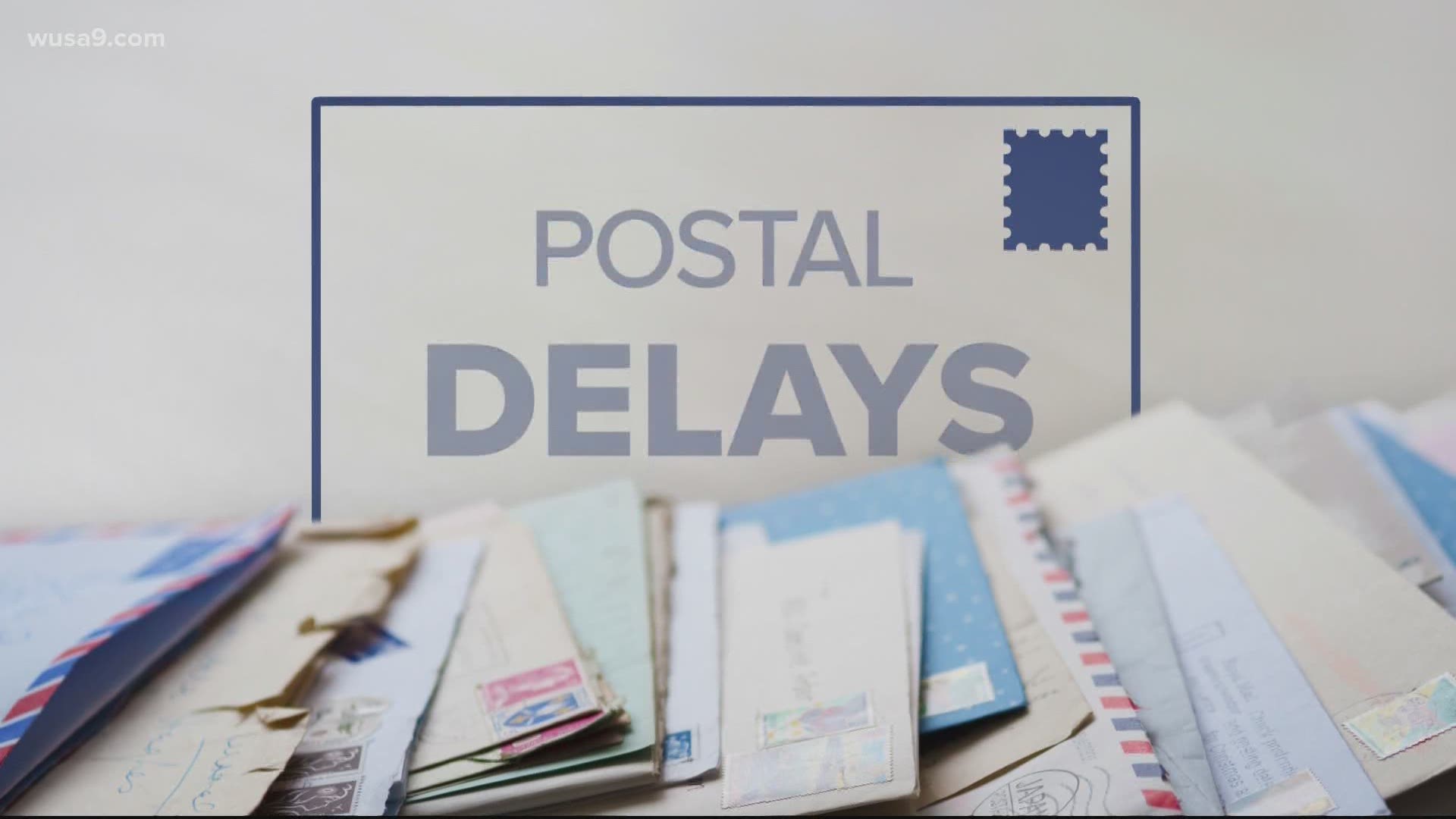 WASHINGTON — Protesters of all ages made their voices heard at Postmaster General Louis Dejoy's house in Northwest, D.C. on Sunday.

This was part of a Go-Go concert pushing for protection of the postal service.

Many people there said DeJoy's actions threaten their rights. They say removing mail sorting machines and drop-off boxes will suppress the vote.

Before Sunday's gathering, protesters gathered in several locations across the Washington metro area Saturday in opposition to the recent changes to the United States Postal Service (USPS).

This isn't the first time that protesters have been outside of Dejoy's house over the last couple of weeks.

With heated debate over mail delays, the House approved legislation in a rare Saturday session that would reverse recent changes in U.S. Postal Service operations and send $25 billion to shore up the agency ahead of the November election.

Speaker Nancy Pelosi recalled lawmakers to Washington over objections from Republicans dismissing the action as a stunt. President Donald Trump urged a no vote, including in a Saturday tweet, railing against mail-in ballots expected to surge in the COVID-19 crisis. He has said he wants to block extra funds to the Postal Service.

Last week, Nancy Pelosi said Postmaster General Louis DeJoy told her he would not restore removed blue mailboxes or sorting machines that have already been removed amid cutbacks to USPS.

Facing a backlash over operational changes, new Postmaster General Louis DeJoy testified Friday in the Senate that his “No. 1 priority” is to ensure election mail arrives on time.