There are 4,000 USPS employees in self-quarantine after possible exposure to COVID-19. 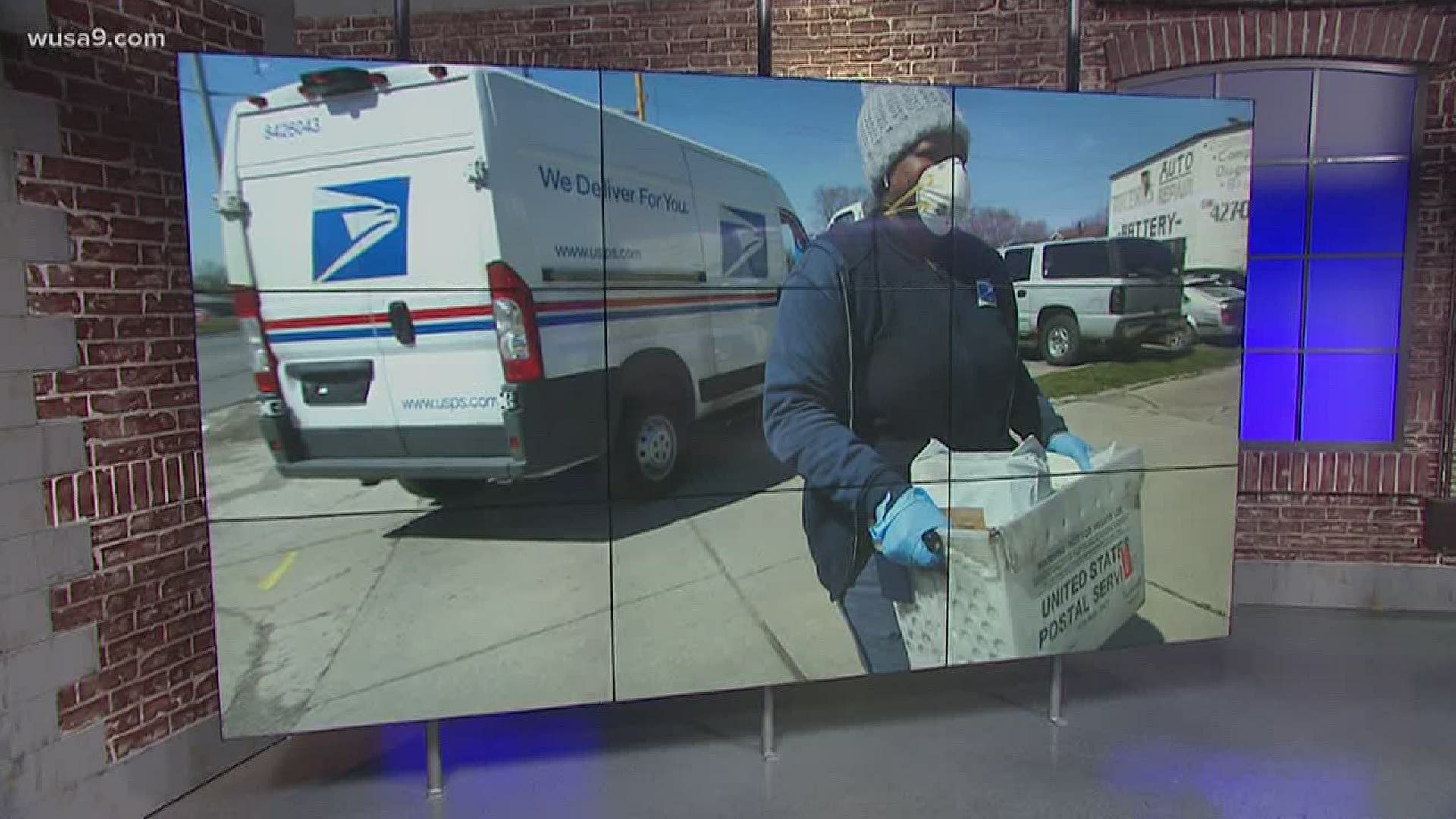 WASHINGTON — The U.S. Postal Service faces a bleak financial outlook as a direct result of the COVID-19 pandemic.

Postmaster General Megan Brennan addressed members of the House Oversight & Reform Committee via video conference Thursday to discuss the "devastating effects" the coronavirus is having on the USPS' finances.

"The Postal Service is holding on for dear life, and unless Congress and the White House provide meaningful relief in the next stimulus bill, the Postal Service could cease to exist,” Oversight Committee Chair Carolyn Maloney, D-N.Y., said.

"We cannot allow the Postal Service to collapse," Rep. Gerry Connolly, D-Va. said. "To do so would deepen our nation’s economic crisis and eliminate an important lifeline to the 1 million individuals who receive lifesaving prescription deliveries, and eviscerate the very infrastructure we need to administer the upcoming elections.”

Simultaneously, the Postal Service is facing criticism of its efforts to protect employees who continue to work during the pandemic.

Brennan reported that 20 USPS employees have died from coronavirus, 1,000 employees have tested positive and 6,000 are in self-quarantine after possible exposure to the virus.

Connolly previously told WUSA9 that President Donald Trump was responsible for removing $25 billion from the CARES Act stimulus bill that would have infused USPS with needed funds to remain viable.

Trump responded directly to WUSA9's question Monday in his daily Coronavirus Task Force briefing by claiming Amazon and other large internet companies were contributing to the demise of the Postal Service.

In spite of the mounting obstacles facing both USPS employees and the agency's financial viability, USPS announced a hiring spree as they seek workers in the Washington, D.C. metro area for a variety of jobs.

The bipartisan Postal Service Board of Governors, which includes three Trump appointees and two Democrats, voted unanimously to ask Congress for $50 billion in grants, $14 billion in debt forgiveness and $25 billion in unrestricted loans.

It's unclear if Congress would include those requests in the next stimulus bill currently being drafted, or if Trump would approve. Without this money, Brennan said the USPS could run out of money by September.

"I don't know that the president has a coherant agenda. In typical Trump fashion, he's nursing a grudge against Jeff Bezos (Amazon) and that's what he's obsessed by and fixated on," Connolly said. "I do believe Secretary of the Treasury Steve Mnuchin does have an agenda. And that agenda is ultimately privatization."

In his White House comments Monday, Trump suggested that raising its rates could help lift USPS out of its financial hole. The president also falsely remarked that the Postal Service loses money on every package it mails for large internet companies like Amazon.

According to Postmaster General Brennan, USPS is facing a $22 billion loss over the next 18 months directly connected to the COVID-19 outbreak.