Troy Holley said he and a group of friends were dining at a Shaw restaurant and bar when juveniles confronted and threatened them. 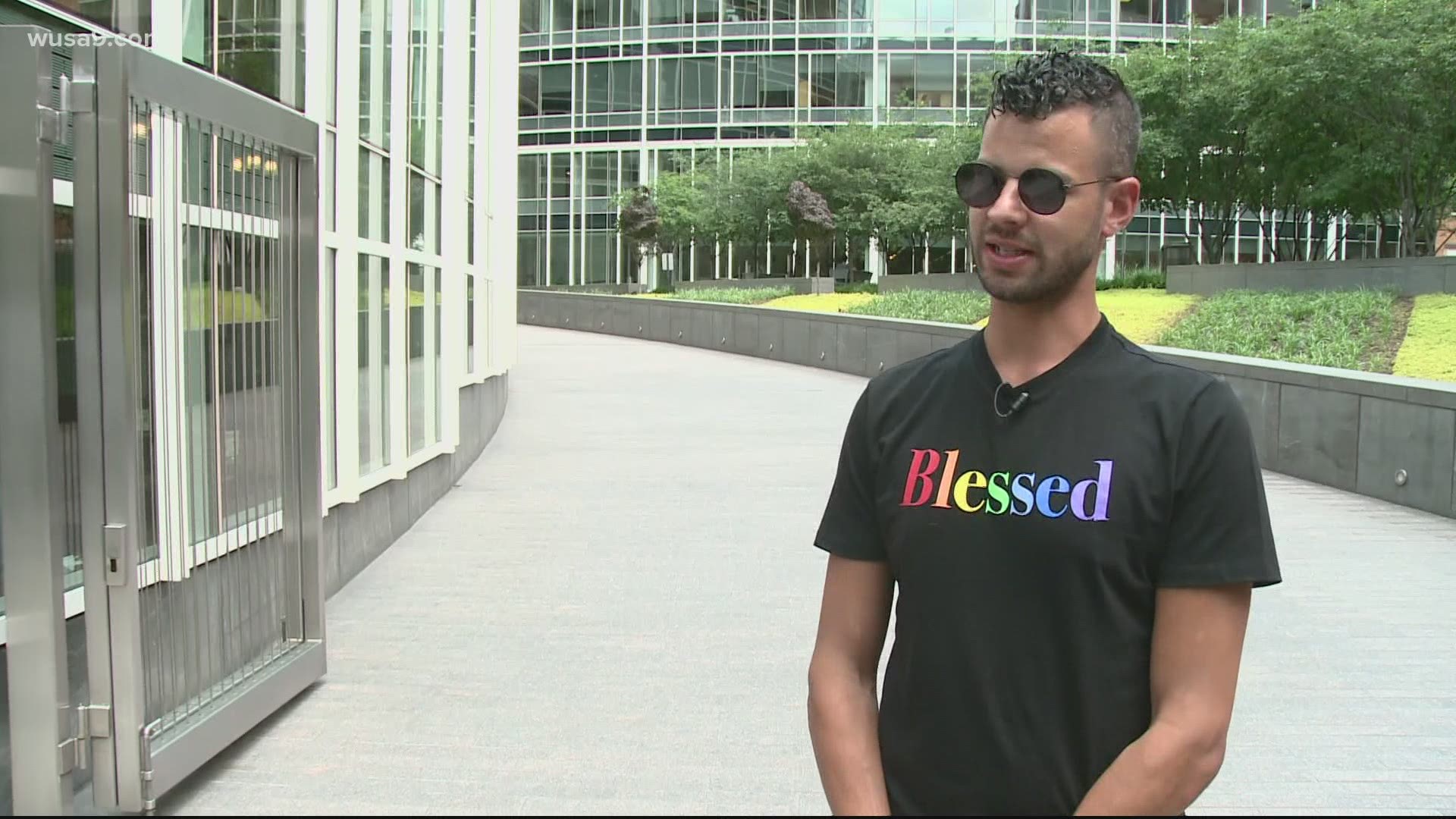 WASHINGTON — Proudly wearing a 'Blessed' shirt in rainbow colors, Troy Holley said a recent incident with a group of juveniles threatening to stab him isn't enough to dim his spirit nor deter him from the Shaw neighborhood.

Holley and his friends were seated outside the Shaw Tavern at 5th Street & Florida Avenue when they were confronted by three juveniles mid-Saturday afternoon.

DC Police said one of the juveniles, a 13-year-old boy, was holding a machete when he threatened to stab them. Holley recalled the minor swinging, cutting the shrubs nearby and stabbing a couple of cicadas and flinging it at them.

"It was definitely a traumatizing experience," Holley told WUSA9. "I had no idea that if they swung this knife what would happen and my friends that had their backs against these individuals were scared for their lives."

The same group of children followed and harassed them as they walked up to the restaurant, according to Holley. His biggest concern was how they were yelling and hurling homophobic slurs toward his group, especially during Pride Month.

A 13 y/o accused of threatening diners in Shaw w/ a machete has been arrested.

One of the men who experienced this was Troy Holley, who told me what bothers him the most, was how the juvenile was hurling homophobic slurs.

"They are three juveniles and just thinking about hatred in general, hatred is a learned behavior and it's not something coming out of the womb knowing what to do," he said.

In a statement to WUSA9, Shaw's Tavern said, "We firmly condemn any and all acts of hate, including this most recent incident in our neighborhood."

Holley said this isn't the first time he was targeted by a hate crime. He was attacked and robbed by five men in an alley in DC two years ago as they hurled homophobic slurs, he recalled.

Recent data from police revealed there have been 27 hate-related crimes in the first three months of 2021, with four cases based on sexual orientation.

Authorities are investigating if the offense as potentially being motivated in whole or in part by hate or bias. The 13-year-old has been arrested and charged with assault with a deadly weapon.

However, business owners and neighbors suspect the same juvenile was involved in other cases of unprovoked attacks against strangers and restaurant patrons along Florida Avenue in Shaw for several months.

WUSA9 recently highlighted the concerns from community members, but violence prevention activists urged more attention and resources are needed to help juveniles who are repeat offenders to treat years of trauma and provide useful activities.

“We are incredibly concerned in regards to the incident that occurred Saturday afternoon. MPD has reached out to me personally to discuss the matter and we appreciate their willingness to address the ongoing influx of crime in the neighborhood and their proactive communication with local businesses. But it’s clear this is not a problem that can be solved by MPD alone — we need more action from top to bottom.

Unfortunately, a majority of the recent incidents have involved minors, some as young as 12 years old. Over the past several months, we have been in communication with fellow business owners, our ANC, MPD, council members, the Mayor’s office, and youth outreach coordinators in hopes of collectively addressing the instances of crime. Clearly we’re failing given the frightening nature of this incident, which occurred in broad daylight with thousands of people out celebrating Pride weekend. Shaw’s Tavern is proud to be a gathering place where all people are welcome and celebrated. We firmly condemn any and all acts of hate, including this most recent incident in our neighborhood. We were unable to get the information of the victim yesterday, but would appreciate getting in touch with them to check in and see how they’re doing.” 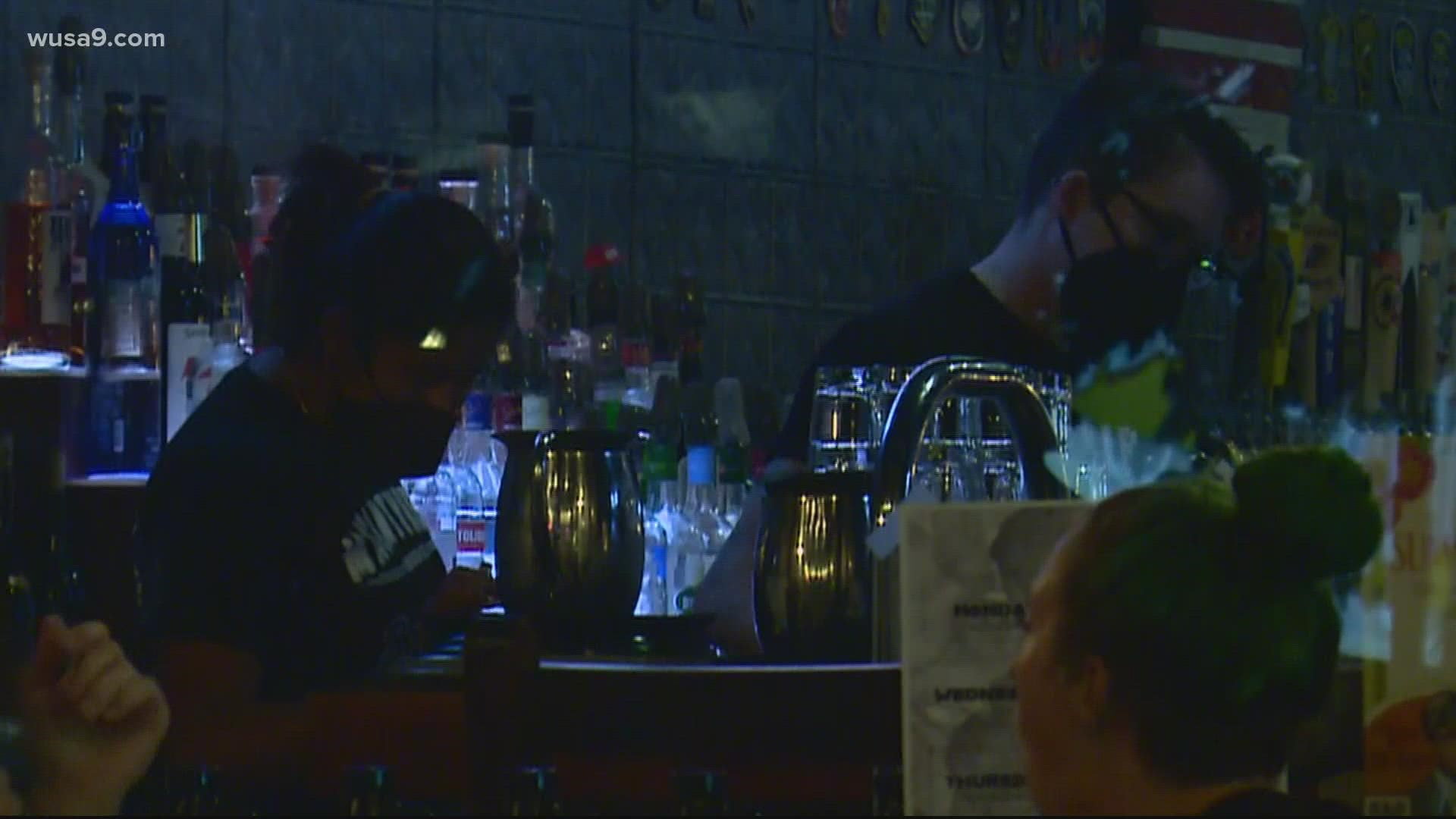