The mayor is getting national attention thanks in part to the now-famous Black Lives Matter mural on 16th Street. 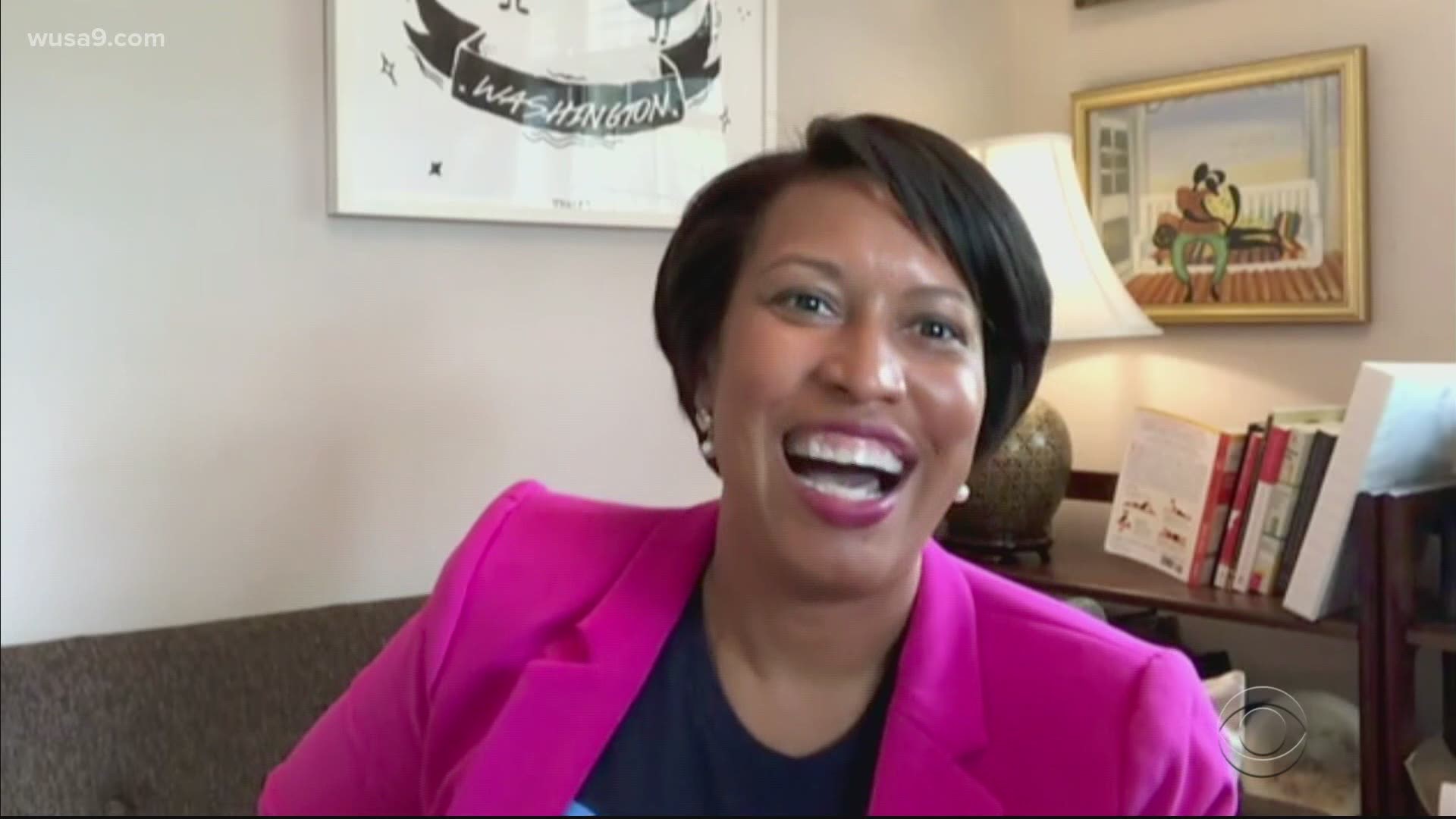 WASHINGTON — D.C. Mayor Muriel Bowser was a guest on Thursday's episode of "The Late Late Show with James Corden." The mayor and The District have been getting national attention since the painting of a massive Black Lives Matter mural on a section of 16th Street now known as Black Lives Matter Plaza.

Corden immediately asked about the mural and why it was painted.

"We wanted to use art as an expression of the country's mood," Bowser said. "We wanted to send a clear message that people shouldn't be scared of the police, or killed by the police and this is a moment in our history to get this right.

Credit: AP
People walk on the words Black Lives Matter that was painted in bright yellow letters on 16th Street as demonstrators protest Sunday, June 7, 2020, near the White House in Washington, over the death of George Floyd, a black man who was in police custody in Minneapolis. Floyd died after being restrained by Minneapolis police officers on Memorial Day. (AP Photo/Maya Alleruzzo)

The two also discussed recent protests in the District following the death of George Floyd at the hands of a police officer in Minneapolis. Specifically, President Donald Trump's photo opp outside St. John's Church, and calls to defund the police, and police reform.

"The balance is a tenuous one. The police and community relations has to be invested in and worked on every day, because a single bad incident can change that balance," Bowser said.

Corden said he thinks the recent protests are "vital and necessary," but asked Bowser if she's concerned about protests causing a spike in coronavirus cases in the District.

"Certainly mass gatherings of people gives us great reason for concern," Bowser said. "I've been worried about our troops moving all across the country... in a way that was unnecessary."

The discussion of the virus outbreak turned the conversation toward the need for D.C. statehood.

"I do think [statehood] will happen. I think what we've seen over the last 10 days here is America really sees the problem with it," Bowser said. "It violates our principles of fairness and representation."

You can watch the full interview below: