25-year-old Dearay Anthony Wilson now faces a charge of second-degree murder while armed for the shooting death of Jeremy Black. 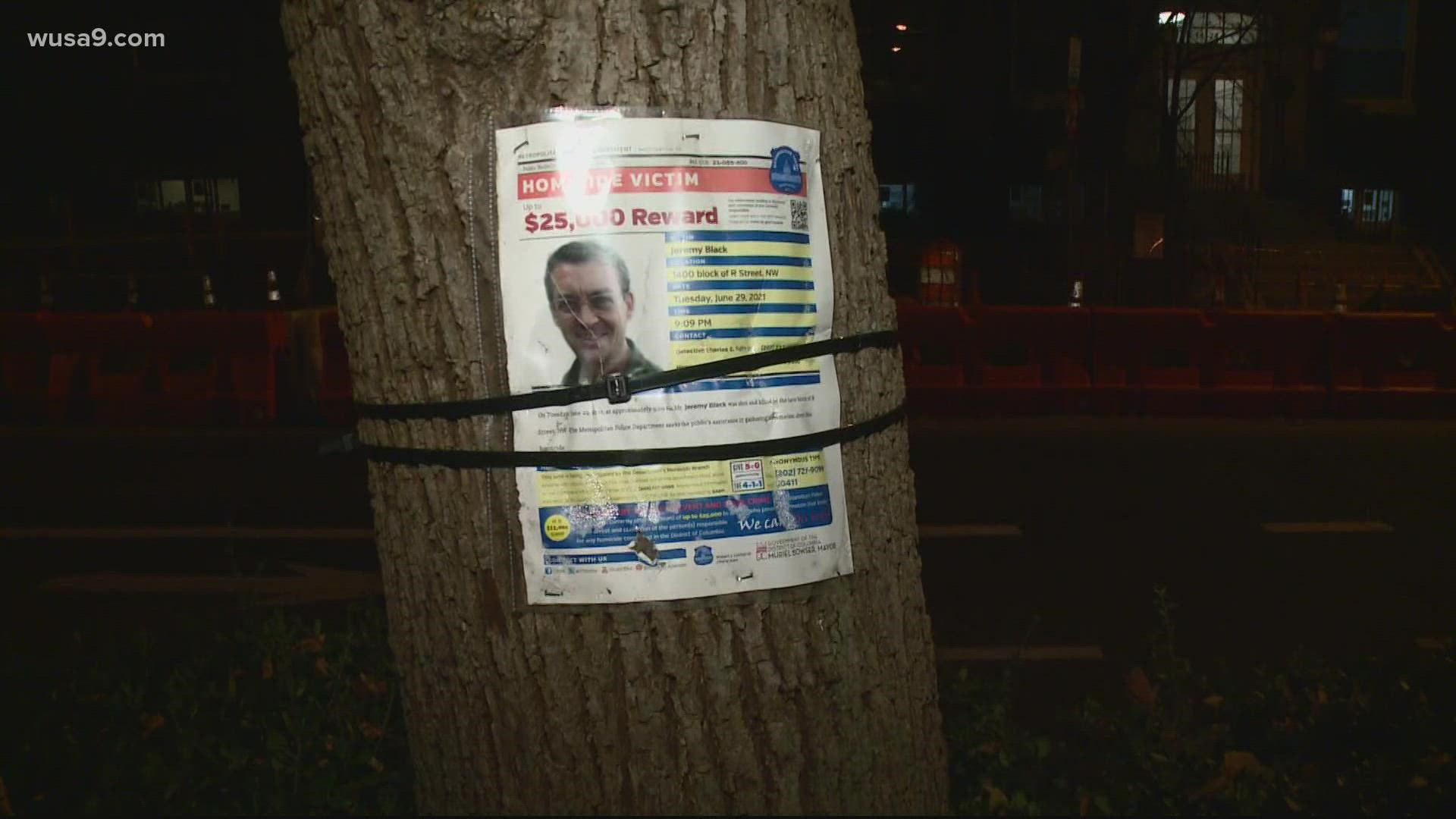 WASHINGTON — Police have made an arrest in the killing of a 53-year-old Takoma Park man who was shot on R Street Northwest near Logan Circle in July. His parents told WUSA9 that he was killed after he and his wife had been to dinner with friends.

The Metropolitan Police Department said Jeremy Black, 53, was shot around 9:11 p.m. in the 1400 block of R Street Northwest.

25-year-old Dearay Anthony Wilson was arrested at his home Wednesday. He has been charged with second-degree murder while armed.

"There is no place for this type of violence in our communities," said MPD Chief Robert Contee at a press conference. "I am here today to bring justice for Mr. Black and his family."

Contee said he called Black's widow to inform her of the arrest. He said she said thank you and that she was ecstatic about the news.

Contee said the arrest was a result of investigation collaboration and science.

“This was good police work through and through, collaboration with our federal partners and science that led us to apprehend Mr. Wilson," Contee said.

"To all of the members of our community that submitted video tips and information that led to this arrest I’d like to say thank you," Contee said. "We are stronger and safer when we work together."

Back in July, police asked the community to help identify the persons and vehicle of interest in connection to the homicide after releasing a video of the scene.

Black’s parents told WUSA9 in July that he was a husband and father to two teenage sons.

They said Black joined the Peace Corps and went to Africa when he was younger, before coming back to get advanced degrees and taking on senior roles with the Peace Corps. They said he had a passion for helping people.

“That was the worst thing that I’ve ever witnessed, really, truly,” Tom Bunnell who lives in the area of the shooting said. “I am sorry it came to that for people who decided that’s what they want to do with their lives, but I’m glad they caught one of the guys anyway. It’s really good. My heart goes out to the family, it’s really tough.”

In July, Janice Holland said she was in the area when the shooting happened.

“I heard somewhat we all thought were firecrackers because it was a fourth of July, and then we heard that, bam, bam, bam, bam,”  Holland said. “I ran out to see what's going on. Saw a man lying on the ground, his wife in the background, calling out his name, telling him, I love you.”

Holland said the shooting is what many neighbors were afraid of happening, as she said crime has continued to grow.

“I love my neighborhood, but it's been taken away from us it feels right now. It's time that the city steps in and do something about it,” Holland said.

The shooting was one of several reported in the District that day. Two people were killed in three separate shootings just hours apart in D.C.