Parents in Southeast DC are fighting to get the name of one of their schools changed. 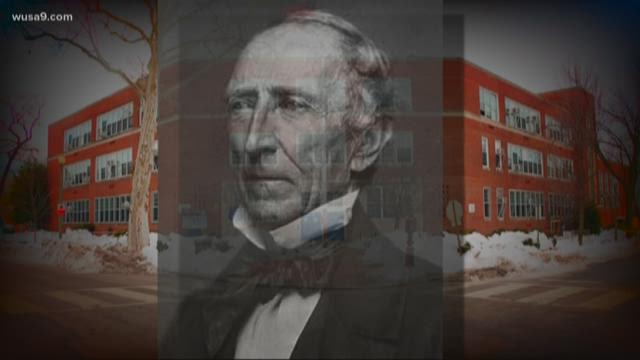 Parents in Southeast, D.C. are fighting to get the name of one of their schools changed.

John Tyler Elementary School is named after a former president with direct ties to the Confederacy.

Who is John Tyler?

President Tyler was from Virginia and served as the 10th president of the United States.

He took office after President William Henry Harrison died in 1841.

The duo may be most recognizable from their popular campaign slogan “Tippacanoe and Tyler too.”

Parents want the name of this former president stripped from their @dcpublicschools building. John Tyler has direct ties to the confederacy. @wusa9 pic.twitter.com/TE1BdNg6p1

Years after his term, Tyler helped create the Southern Confederacy and was elected to the Confederate House of Representatives.

Parents are in the process of organizing a fight to strip Tyler’s name from their school on Capitol Hill.

“If you’ll notice, a lot of our gear we call it Tyler. We don’t ever call it John Tyler Elementary,” Patrick Jackson, with the Tyler Elementary School PTA, said. “This is something that has been going on for a long time at our school.”

The D.C. City Council said it will take community support and ultimately legislation to get the name changed officially.

John Tyler was from #Virginia and served as the 10th president of the United States. Years after his term, he was elected to the Confederate House of Representatives @wusa9 pic.twitter.com/z2aPGu0HZT

The city could not immediately explain how the school got its name, but it has been around since the late 1800’s.

The school was located at 11th Street between G and I Streets in 1890 and called Cranch-Tyler Unit.

In 1949, the school moved to its current location on G Street in Capitol Hill

Tyler Elementary was considered a white school until desegregation.