Outrage in Southeast DC after video of man being shoved, arrested during confrontation goes viral

The video shows a shouting altercation between a group of people and officers - including one man being shoved. 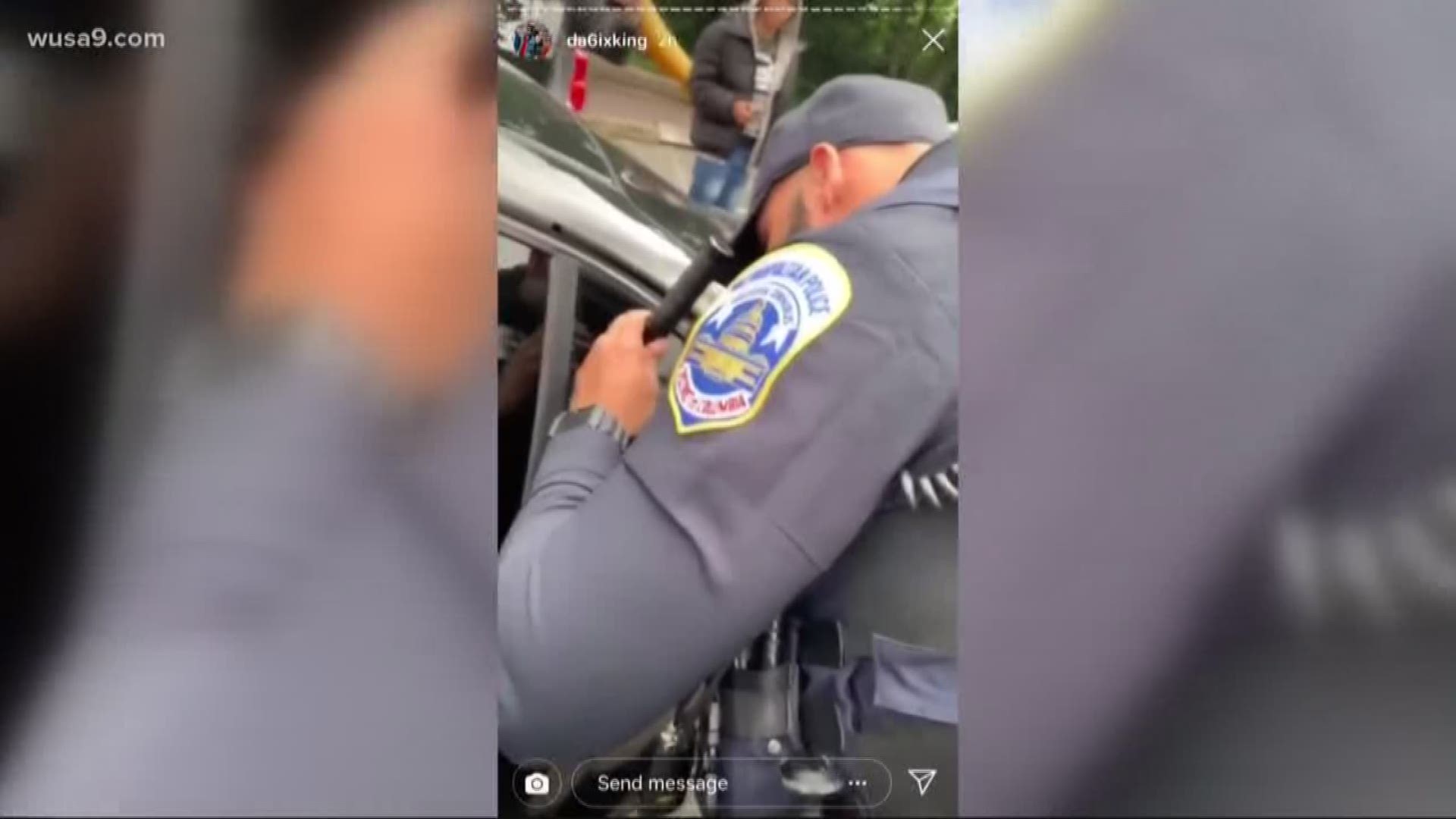 On the video posted across social media, the video starts with a shouting altercation between a few people and an officer. The officer then shoves a man and starts to arrest him. (Update: The initial Instagram video appears to have been removed, though several iterations exist online still.)

WUSA9 obtained the raw video, which starts earlier than the video circulating online.

It shows DC Police officers peering into an unoccupied car near 16th and W Southeast. They're then challenged by young people who appear to be from the neighborhood.

"Investigation on what," one of the neighborhood people said on the video.

"Investigation," one of the officers replied.

Below is a more complete video of the incident obtained by WUSA9.

Another man also trying to record what the police are doing with his cell phone was ordered to back up, then continued to get into it with one of the officers.

The officer then shoved him and arrested him.

Police charged three people - including a woman - with assault on a police officer, resisting arrest, and threats to do bodily harm.

An MPD spokesman said the department is aware of the video and they are reviewing it. He declined to comment any further.

Meanwhile, in the neighborhood and online, some people are saying it's another example of police going to far.

"They arrested them because they wanted to get video of how the police treat us in our community," Jermaine Parker said. "We can't sit over here without them coming up and checking our crotch, shaking us up."

Parker, and his friend Davontay Cross, both 20, said they watched the incident but avoided arrest.

"We tired of getting judged. Judged as a criminal. Just because of our color," Cross said. "We're violence interrupters. We try to help people."

Online, the reaction to the social media video was mostly negative as of Wednesday night.

"Daily we are seeing abuse by cops, lack of any respect of the law," one Twitter user, Anthony Scott Sr., commented.

An AP U.S. Government teacher H.D. Woodson High School in Ward 7 echoed their sentiments, saying one of her students was recently hurt by police.

"This is NOT acceptable," Laura Fuchs tweeted. "Not two days ago one of my students came in to class with a sling around his arm because he got ruffed up by the police. He missed several days of school because of this. ENOUGH!"

"This will be a HOT summer and one of your beloved DC police officers will get hurt," Anthony Lorenzo Green, of District 7C04, tweeted. "I'm not holding people back no more."

The police report on the incident only said the crowd became hostile, and that is what led to the arrests.