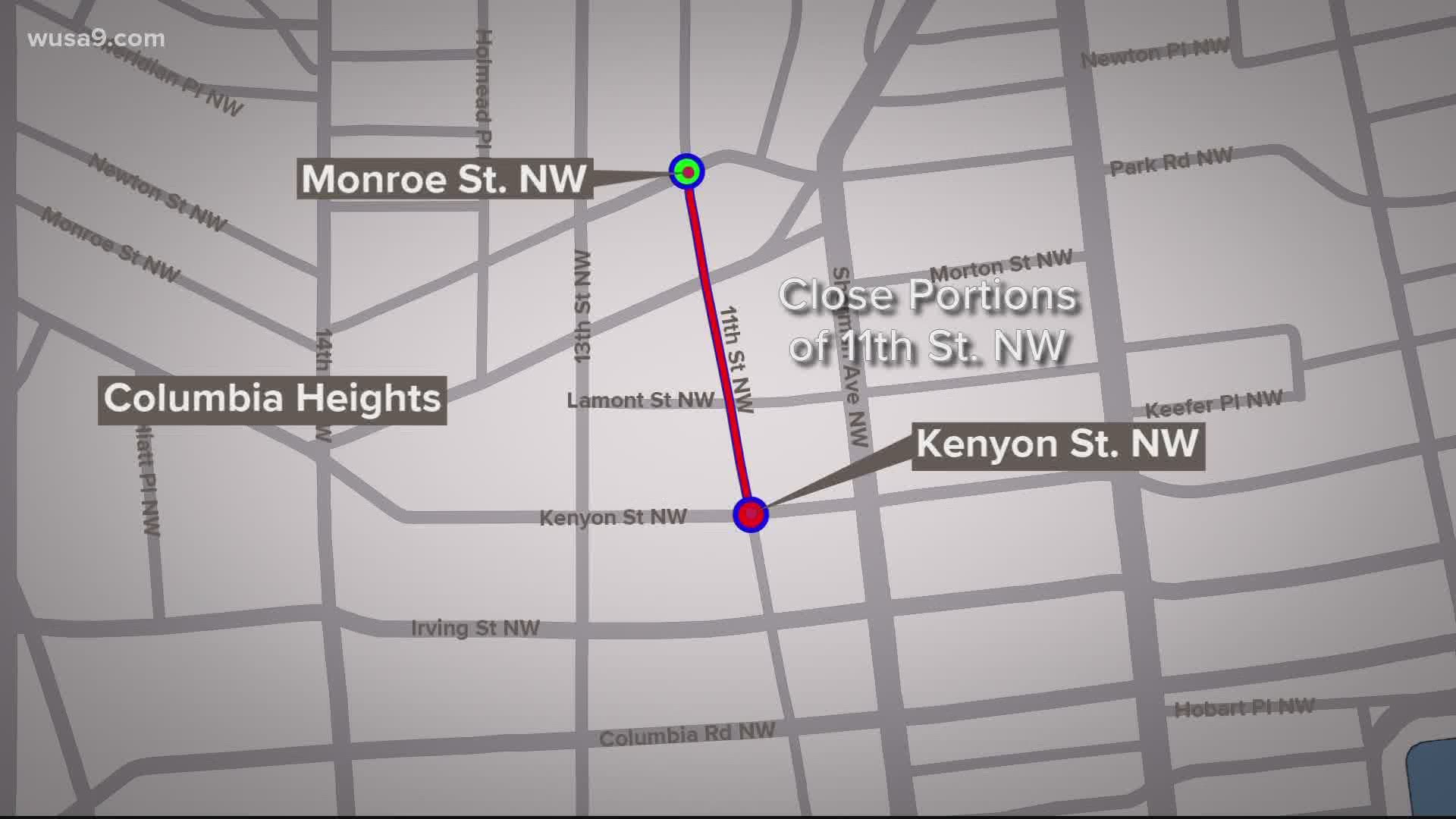 WASHINGTON — Some D.C. businesses are grappling with a tough question: how to reopen safely when the District's stay-at-home order expires.

Matthew McGovern and Rose Donna, owners of the Wonderland Ballroom in D.C.'s Columbia Height's neighborhood, say it is an issue they have thought about a lot lately.

"One of the hardest things right now is trying to figure out how to reopen our businesses, which is a sit-down restaurant bar," McGovern said. "Trying to figure that out without knowing what any of the guidelines are going to be for reopening is so hard."

However, an idea from their local Advisory Neighborhood Commission recently got their attention.

ANC Commissioner Michael Wray said he pitched to fellow commissioners Jen Bundy and Angelica Castañon the idea of temporarily closing parts of 11th Street NW to traffic in the afternoons when D.C. reopens.

The proposal, which would affect the portion of the street between Monroe and Kenyon streets NW, aims to allow local bars and restaurants to socially distance their tables outside.

"We have an outdoor patio and a side patio, which is great," Donna said. "But, I know a lot of other businesses don't have that and so I think it would be very helpful."

Wray said he and his fellow commissioners have already submitted the idea to committees of the ReOpen DC Advisory Group. The group is tasked with gathering and recommending ideas that will allow for the safe opening of local businesses, schools and parks after the stay-at-home order is lifted.

"We need to have ideas in place and have the plans in place before we're ready to reopen," Wray said. "So, I'm really glad the mayor has put together this tool to allow people to present these ideas."

Wray admits the idea to close parts of 11th Street NW is in its early stages. He says he is looking to build community support around the proposal.

He says he and other commissioners are also putting together a letter to send to some of the local agencies, like the District Department of Transportation and the Alcoholic Beverage Regulation Administration, that could work to make the idea a reality.

"This is one of those ideas that could allow both people to be safe and get our economy going again," he said.

This is not the first time locals have requested the closure of a D.C. roadway for social distancing purposes.