Officers talk about race and policing after visiting the NMAAHC

Top brass with DC Police took a crash course in the dark history of law enforcement in America and the role officers played in the black community. 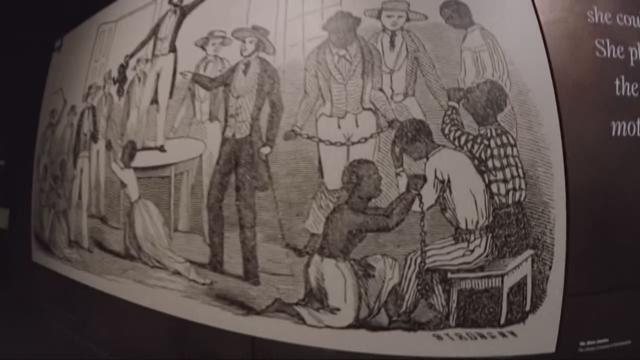 Top brass with DC Police took a crash course in the dark history of law enforcement in America and the role officers played in the black community.

Rhoziar “Roach” Brown is a familiar face up and down U Street and feels the way many people do about policing across the country.

“The police are super aggressive. They are terrorizing the community. The word terror means to instill fear. When I see police, I get scared,” Brown said.

“There are people who live in our community and who grew up where police were involved in this type of behavior where police were enforcing Jim Crow laws,” Chief Peter Newsham, with the Metropolitan Police Department, said.

MPD took its command staff to the National Museum of African American History and Culture on Tuesday.

The goal was for officers to have a better understanding of the deep-rooted issues that – some of which -- still exist between police and back communities.

“When they have an automatic distrust of the police, it is completely understandable,” Newsham said.

Officers ended up at Ben’s Chili Bowl where they listened to a private presentation.

Ben’s was one of the only places during the 1968 riots where police and protestors ceased the back and forth, came together, and took a break.

Sure, that happened. That happened,” Virginia Ali said. “There would be police officers in here, somebody coming in with a bottle of (liquor) saying 'hey can I get a cheeseburger? I don't have any money' (laughs) It was a difficult time.”

Some said difficult times between police and communities of color appear to have resurfaced nationwide.

“I can only control what's going on here in Washington , D.C.,” Newsham said. “We have been able to build a very good relationship with our community.”