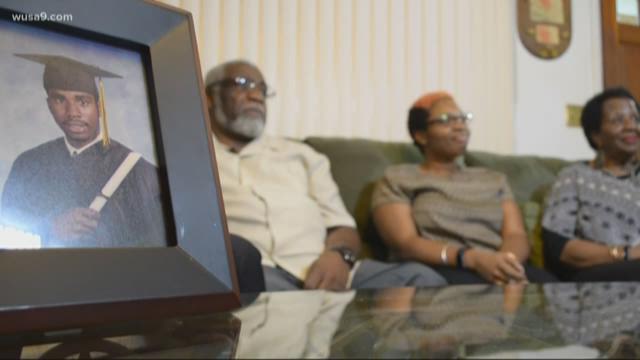 On Tuesday, an MPD Internal Review Board has recommended that Officer Brian Trainer should be terminated.

“Our people can feel some inkling of some hope,’ said Steven Douglass, Terrence Sterling’s friend and activist leading the protests surrounding the case.

Sterling’s former boss, Anthony Dixon, and his family both expressed cautious optimism. What Florence and Isaac Sterling shared with WUSA9 Reporter Delia Gonçalves was private, but Terrence's father did release a statement later through his lawyer saying the findings bring them one step closer to seeking justice.

Their attorney said the unjustified shooting only helps their wrongful death lawsuit.

“A fair resolution, that's fair to the family and fair to the District will be had,” said D.C.’s Attorney General Karl Racine.

Attorney General Karl Racine outside of looking uncomfortable as he seemingly cringed at Mayor's Bowers admission:

“I’ve said early on that I think the officer should separate from the department,” said Mayor Muriel Bowser.

Racine said the findings from the review board may influence how they handle the civil lawsuit. But it's the criminal case that leaves so many questions unanswered.

How did the U.S. Attorney find insufficient evidence Trainer used excessive force when investigators from his own police department ruled he did?

“What did you overlook that they didn't overlook,” asked Douglass.

Police say Sterling had drugs and alcohol in his system that early morning of September 11, 2016 and led officers on a high speed chase that ended at 3rd and M Streets NW.

But Officer Trainer violated police policy by turning on his body worn camera after shooting Sterling through his car window. And while Trainer has the right to appeal the review board's findings that he be fired, the findings will be on his permanent record and will follow him if he ever tries to wear a badge again.

D.C. Police Chief Peter Newsham did not comment on the case citing that he must remain neutral because if Trainer decides to appeal, that decision comes to his desk. That decision is expected by February. 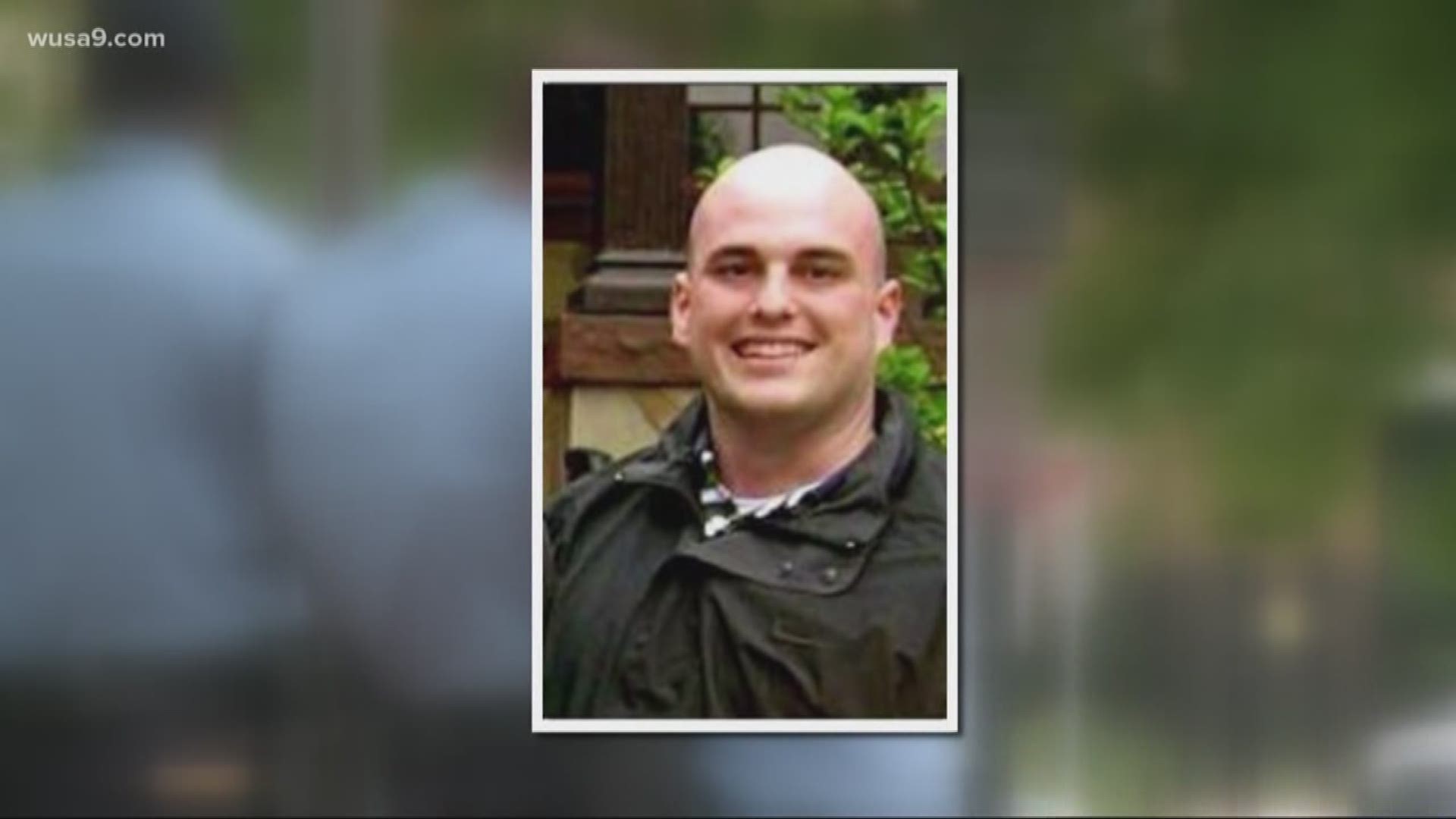 On September 11, 2016 Officer Trainer and his partner, who was behind the wheel, were stopped at a light on U Street Northwest when Sterling pulled his motorcycle in front of their cruiser.

Sterling briefly looked over his shoulder at the officers and then sped through the red light, the officer reported.

Officers then chased Sterling through D.C. at high speeds. Witnesses said Sterling was driving his motorcycle at excessive and sometimes dangerous speeds--estimated at 100 mph or more, at times.

Police caught up with Sterling at 3rd and M Streets NW and pulled into the intersection to try to block Sterling. Trainer took his gun out of the holster and held it at his side while he started to get out of the cruiser.

Officers said that's when Sterling revved his motorcycle and rammed it into Trainer's partially opened door. The impact left a dent in the cruiser's door and a bruise on the officer's knee.

Officer Trainer shot Sterling twice—once in the neck and once in the back. He later died.

Sterling did not have a weapon on him.

Officials said the Internal Review Board’s investigation is entirely separate from the US Attorney’s Office, and does not determine whether or not Officer Trainer should be held criminally liable.

Our family has continued to pray that the truth will come to light. We are encouraged by the Use of Force Review Board’s finding that Terrence’s killing was unjustified, which brings us one step closer to finding justice for Terrence’s death. We will continue to stay in prayer that Brian Trainer is never in a position to take someone else’s life and cause another family the pain we feel every single day.

The Use of Force Review Board’s finding is in line with what we have said from the beginning of this case – Brian Trainer unlawfully executed Terrence Sterling and this shooting was completely unjustified. The next question is whether the District of Columbia will continue to incredulously claim, in a court of law, that this shooting was justified.

“We were pleased that the board reached the conclusion that it did,” said Mayor Bowser.

.@DCPoliceDept @ChiefNewsham would not give his reaction or say which policies Ofc. Trainer 'broke' in review board finding following the #TerrenceSterling shooting. Told if Trainer requests an appeal hearing, that could happen in February. @wusa9 pic.twitter.com/s6dxwnkzr7

.@DCPoliceDept @ChiefNewsham would not give his reaction or say which policies Ofc. Trainer 'broke' in review board finding following the #TerrenceSterling shooting. Told if Trainer requests an appeal hearing, that could happen in February. @wusa9 pic.twitter.com/s6dxwnkzr7

A Use of Force Review Board now says MPD Officer Brian Trainer “broke policy.” However on Tuesday, Police Chief Peter Newsham wouldn’t detail what policies, or give his reaction.

“As the Chief of Police, I have to remain objective. I have to wait until I get the results from – provided that the member appeals. And I have to keep an open mind. So my reaction to it, I think could potentially hurt the final outcome. I don’t want to do any of that,” said Chief Newsham.

“Now, we have our administrative process that we follow in the District. So what I hope the community understands is that we’ve done exactly what we said we were going to do, in being transparent, in following the law and seeing it through until the end,” said DC Mayor, Muriel Bowser.

The District’s Attorney General, Karl Racine, who did not answer a direct “yes” or “no” as to whether the city would now also side with the board’s “unjustified” finding. This would impact the civil lawsuit Sterling family filed on behalf of Terrence Sterling.

“In cases that involve alleged police misconduct, we work very hard to filter-out those cases where there has been some wrong-doing from others where, you know, frankly, the facts are in dispute,” said the Attorney General. “It’s the cases where the facts are very much in dispute that eventually end up getting litigated, probably though out-of-court process. Those are the kinds of distinctions that we’re seeking to make right now and that will dictate the course of this process. Again, I think a result that’s fair for the family and fair for the District is out there to be had.”

When pressed for a direct answer again, he said “I really can’t because I have not studied that determination nor the basis therefore. But certainly, the determination is going to be relevant to the approach we take in regards to the case.”