The District is proposing transferring management of Duke Ellington Field in Georgetown from D.C. Public Schools to the D.C. Department of Parks and Recreation. 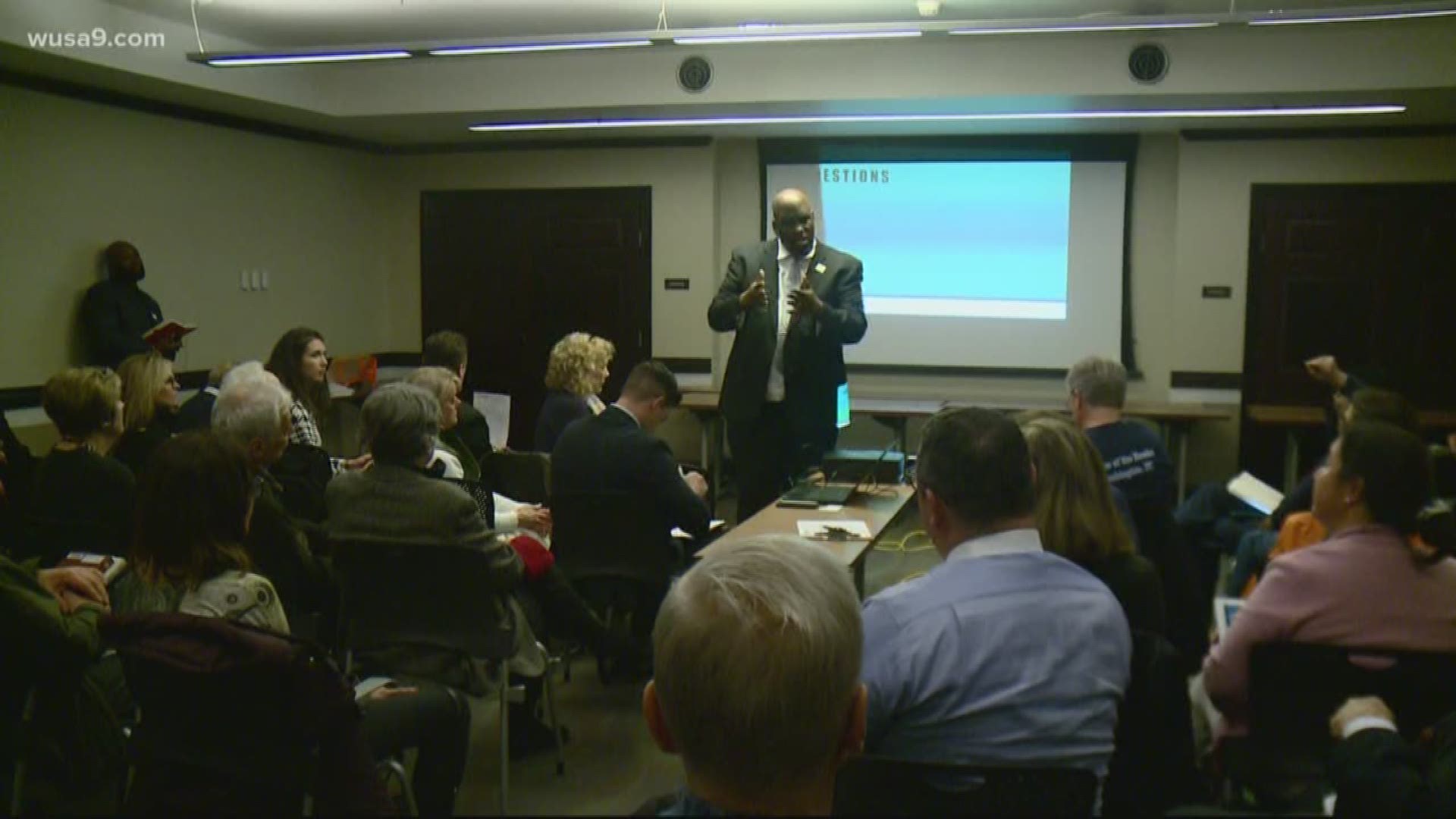 WASHINGTON — Several Northwest D.C. neighborhoods are concerned about District plans to change the management of a popular Georgetown recreational field.

Last year, the D.C. Office of the Deputy Mayor for Education proposed transferring control of the Duke Ellington Field, along 38th Street NW, from D.C. Public Schools (DCPS) to the D.C. Department of Parks and Recreation (DPR).

According to D.C. Deputy Mayor for Education Paul Kihn, the District felt DPR would do a better job of managing access to the field than DCPS.

"When we look around at our city agencies that we believe are best positioned to manage a field, for community use, or permanent use, and for school use, we believe that is DPR," he said.

But, the idea did not go over well with some locals in D.C.'s Georgetown, Burleith and Glover Park neighborhoods, who remembered a dispute, last year, over the public's access to the nearby Jelleff Recreation Center.

In 2010, the private Maret School, of Northwest D.C., struck a deal with the District to give the institution priority access to Jelleff's field during after-school hours. In return, according to DPR, Maret agreed to invest $2.4 million of private money toward making improvements at Jellef.

In 2019, DPR announced plans to extend its usage agreement with Maret for another nine years, so long as the school committed to making another $1 million worth of improvements to Jelleff's facilities.

The deal angered some locals who felt uncomfortable with a private school having priority access to a public field.

Georgetown Burleith ANC commissioner Kishan Putta said some locals are concerned DPR could strike a similar deal over access to Duke Ellington Field in the future.

"The public usage should be the priority," he said. "That they will not enter into a long-term private contract or deal. This is what happened with Jelleff field."

At a community meeting Wednesday night at the Georgetown Neighborhood Public Library, DPR officials apologized for not previously talking to residents more about the agency's plans for Duke Ellington field.

Tommie Jones, DPR's Chief of External Affairs, said the agency would put language into its transfer agreement with DCPS that would ensure Duke Ellington School for the Arts, Hardy Middle School and the School Without Walls would have "first priority access for school-related events" at the field.

"We're not hiding away from it," Jones said at the meeting. "We've heard from many of you in how you wanted to make sure that language was put into our letter."

But, the language did not include a guarantee that the District would not enter into an agreement with a private institution to grant them access to Duke Ellington field in the future.

DPR said it would look at possibly putting that language into the transfer agreement before it is finalized.

RELATED: 'There shouldn't be this much red tape' | Work continues to streamline street vending licensing in DC

Possible private usage of the field is not the only concern some locals have.

"You need to do a traffic study, because you will be doing a disservice to the community without one," a nearby resident said.

DPR declined to discuss specific plans for possible renovations at the field.

Some locals do support the plan to transfer Duke Ellington Field from DCPS to DPR.

School Without Walls parent Kira Alvarez said she was happy her school could finally get consistent access to an athletic field in the District.

"We're the only high school with no athletic fields whatsoever," Alvarez said at the meeting. "We have 22 teams. Our students have to go all across the city."

The transfer of Duke Ellington Field from DCPS to DPR is expected to occur after the District closes its public notice period for the proposal on February 12.