All residents who were previously affected can now use tap water safely, so long as they run cold water taps for 10 minutes before returning to normal water usage. 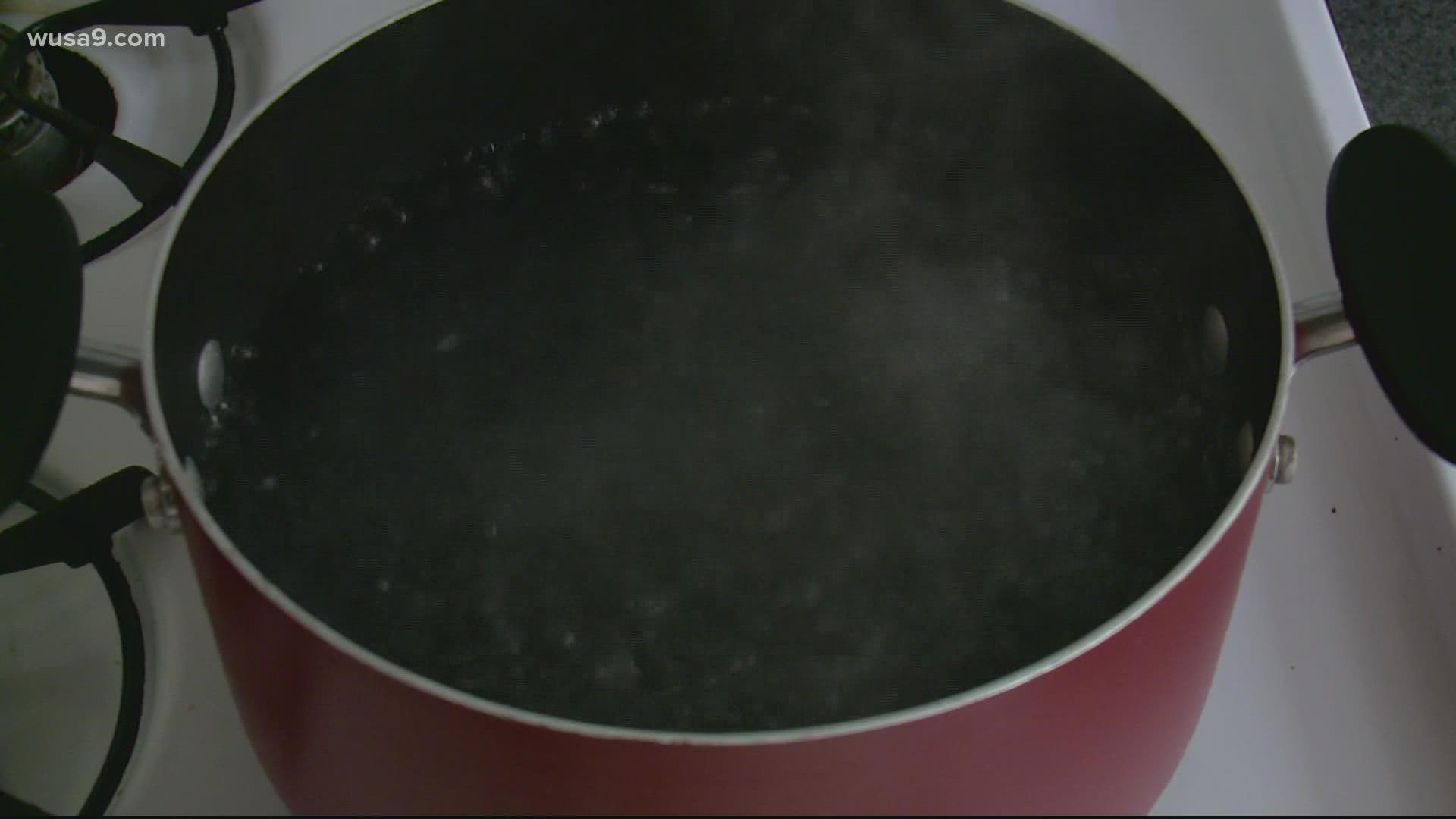 WASHINGTON — Now, all people who were originally affected by a boil water advisory in Northeast D.C., which was put in place on Thursday, can now safely use their tap water again, The District of Columbia Water and Sewer Authority (D.C. Water) said.

All residents who were previously affected can now use tap water safely, so long as they run cold water taps for 10 minutes before returning to normal water usage. Running the cold water tap will replace water sitting in pipes during the advisory with fresh water from the water main, D.C. Water said.

Residents should also take the following precautions before returning to normal water usage:

To all customers: thank you for your patience: https://t.co/srv40zGxk4

D.C. Water issued the advisory after a temporary loss of pressure late afternoon Wednesday. They advised that customers affected should not drink or cook with their water without boiling it first if they are in the impacted area, which originally included the neighborhoods of Edgewood, Brookland, Fort Lincoln, Woodridge, Queens Chapel, Michigan Park and North Michigan Park. Ice cubes and anything made with the water should be discarded as well.

Local volunteers and employees with Mayor Muriel Bowser's office walked around D.C.'s Brookland neighborhood after the first announcement on Thursday to warn people about the boil advisory.

"We're just making sure that people have the resources and have the information to be prepared," said Alexis Squire, interim director of the Mayor’s Office of Volunteerism and Partnerships.

Squire talked to Brookland resident Rhonda Gladden while out in the neighborhood. Gladden said she noticed water pressure in her neighborhood getting low around 4 p.m. Wednesday.

She said it was a bit annoying to have to boil her water, but she added that she was prepared.

BOIL WATER ALERT FOR SOME DC WATER CUSTOMERS:
Please consult the map below to see if the advisory impacts you.
Visit https://t.co/wu2k2bYdqA for map of impacted area. Visit https://t.co/qtsmL67uxW for more information.

D.C. Water crews closed valves in the area of 13th Street and Spring Road Northwest on Wednesday because of a leak on a 36-inch transmission line. Shortly after that, crews received a number of calls from customers in Northeast D.C. who were experiencing low or no water pressure.

Officials said the system pressure was restored within an hour and service was fully restored, but due to the loss of pressure, it may have been possible for bacteria or other disease-causing organisms to enter the water through cracks, breaks, or joints in the distribution system.

Ingesting contaminated water can cause symptoms such as diarrhea, cramps, nausea and headaches. They may pose a special health risk for infants, young children, some of the elderly and people with severely compromised immune systems.

A similar boil water advisory happened in 2019 for Northwest D.C. and surrounding areas after a 36-inch pipe broke on Chain Bridge Road and Glebe Road in Arlington, Virginia.