Crime that happens in the city, will appear on the mobile map 24 hours later. 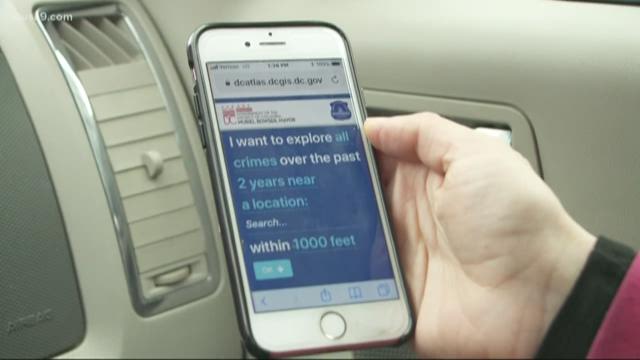 Crime Cards is a new, interactive mobile website that shows crime locations, types and trends across all eight wards in D.C.

“There’s always suspicion the police are under reporting or over reporting. We put the data out and they can hold a conversation with their beat cop, in their police service area, and they can look at the same data. So in general police use this to improvement communication with citizens and if they are communicating with citizens that’s good for everyone," said Barney Krucoff, DC's Interim Chief Technology Officer.

“The technology today helps us a lot more than just watching the news. You can just tap on your phones, because we are always on them, and see if yeah well at least I know what’s actually going on as far as the crime in the city. So it’s pretty helpful," said a Ward 8 resident.

Crime that happens in the city, will appear on the mobile map 24 hours later.