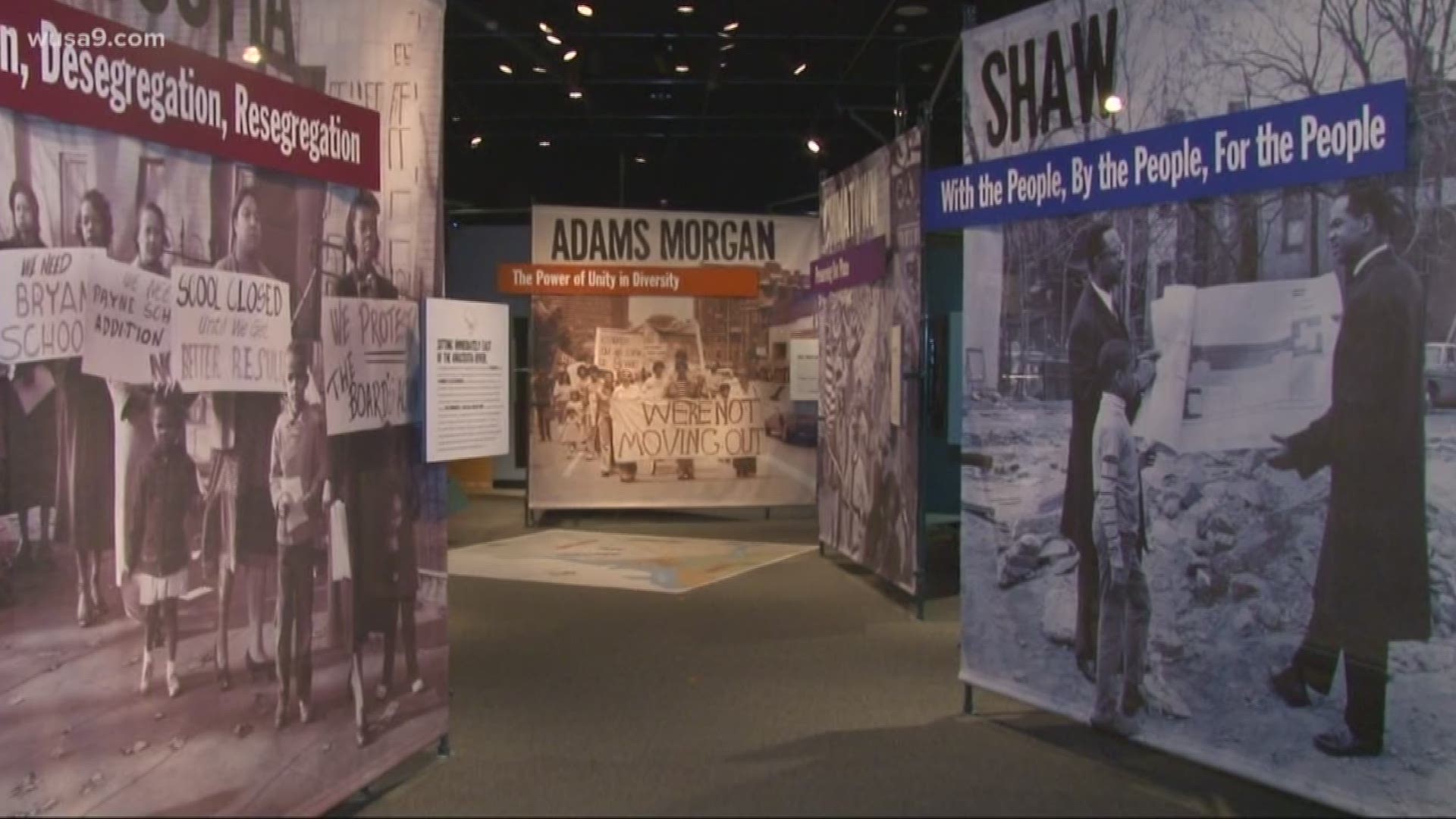 Marking its 50th anniversary, the museum which is located in the 1900 block of Ft. Pl in SE, launches a new exhibition called, “ A Right to the City.”

“People will see some of themselves, their neighborhoods and communities reflected in this exhibition,” said Dr. Samir Meghelli, who is the chief curator. "It's full of history, people stories, artifacts and photographs."

Southwest, which was one of the first and largest urban renewal projects back in the 50s and 60s, marks the beginning of your journey through time.

“It's laid the groundwork for a lot of redevelopment that has happened in recent years because it was ground zero for urban renewal in the 1950s and 60s,” Dr. Meghelli explained.

The exhibit highlights times of triumph, tragedy and transformation.

“Federal funds redeveloped the neighborhood through large-scale demolition which ended up displacing more than 20-thousand residents and 15-hundred businesses."

Artifacts bring Chinatown, which was originally located on Pennsylvania Avenue in the 1800s, to life and photos feature protests against the construction of the north central freeway in Brookland.

You’ll find the history of activism throughout Shaw and Adams Morgan. Then, segregation and desegregation in Anacostia.

More than 100 locals were interviewed for the exhibit. Inside, there is a payphone where you can hear the oral history and record your own story.