Calls to remove the fountain bearing Francis Newlands name, seen as a nod to his racist past, have rung out over the years. 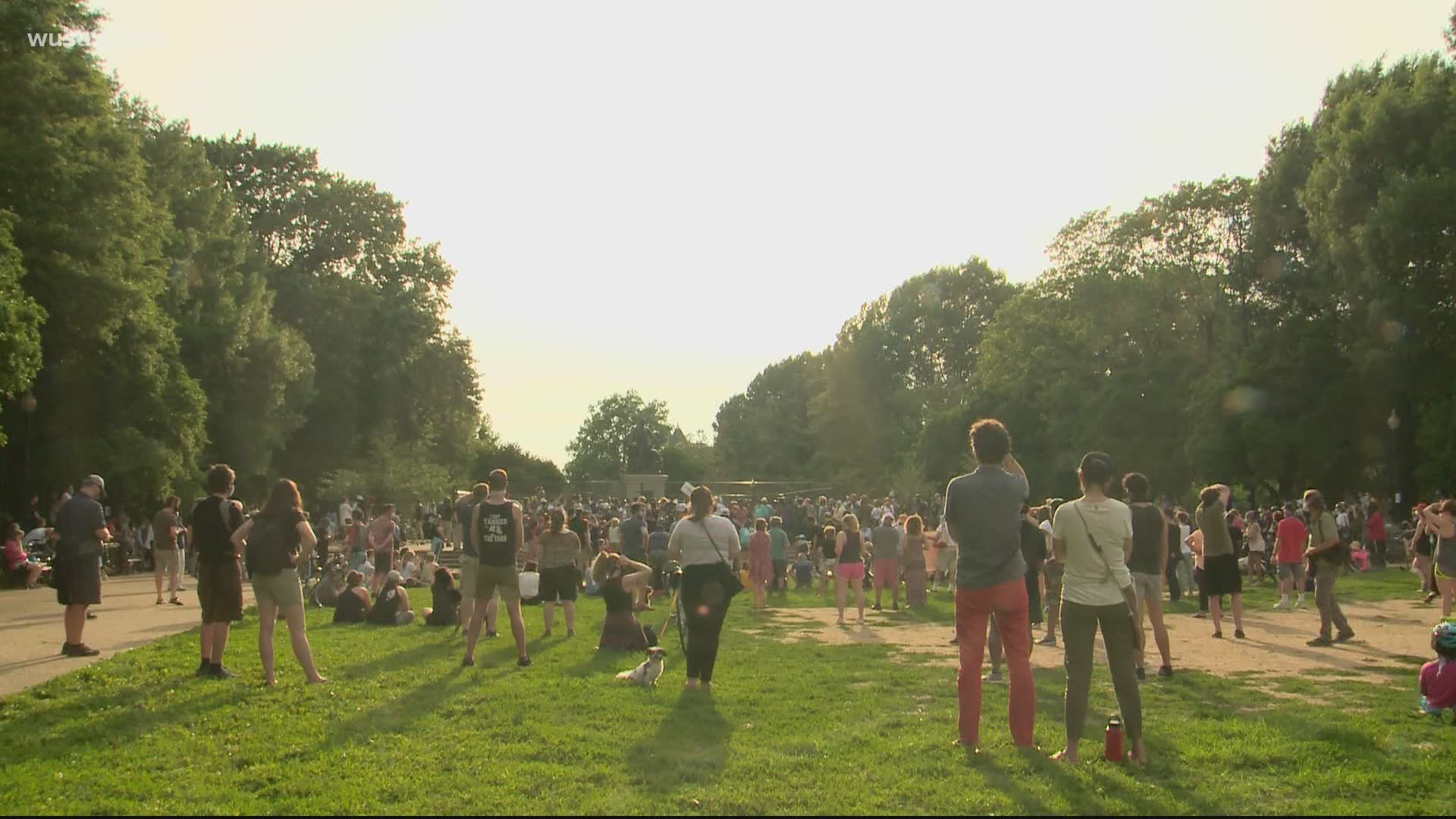 "There is no redeeming value in preserving an honorific to an avowed and unreconstructed racist," Norton said. "This plaque and fountain tell no story."

Newlands was elected to the House of Representatives as a Congressman from Nevada in 1893. He went on to become a three-term Democratic senator from the same state in 1903.

His ideals became clear to the American public beginning in 1912.

History shows Newlands called for a repeal of the 15th Amendment – the law granting voting rights to African American men. Additionally, he insisted that African-Americans and Jews be precluded from Chevy Chase.

He openly called for African-American education to be limited to education for domestic and menial work.

Newlands was also known for creating segregated land development plans, a model for segregated suburbs that spread across America.

"[The plaque and fountain] are meant only to honor Francis Newlands, a segregationist who argued that voting rights won for African Americans as a result of the Civil War should be repealed," Norton said. "Newlands belongs in the dust bins of history, not preserved on a traffic circle that symbolizes the unity between the nation’s capital and the state of Maryland."

Most drivers wouldn't notice the large fountain – a memorial to Newlands – in the middle.

Newlands' name appears on the fountain and a plaque in the circle. The circle lies partly in D.C. and partly in Montgomery County, Maryland, which Raskin represents. The fountain is managed by the National Park Service.

Calls to remove the fountain bearing Newlands name, seen as a nod to his racist past, have rung out over the years.

“Francis Newlands was a segregationist and white supremacist, and the time is long overdue to retire his name and the plaque honoring him at Chevy Chase Circle,” Raskin said. "Surely we can find a more appropriate person to honor at this heavily traveled crossroads between Maryland and Washington, D.C., two communities that pride themselves on equality, diversity, and strong democracy."

The fountain at Chevy Chase Circle is considered the legacy of Newlands’ land development efforts.

It was not the work of anyone from Nevada who wanted to honor their Senator, but was merely an effort to beautify the Chevy Chase neighborhood, according to the Washington Post.

The fountain was designed by Edward W. Donn, Jr. in 1933 and constructed in 1938. The project was funded by Newlands' widow, Edith McAllister Newlands.

What was then a largely ignored part of D.C. has become a major thoroughfare for commuters in and out of the District from Maryland, driving more attention to the fountain and its origins.