The owners will also be required to submit a security plan to ABRA within 10 days. The punishment comes after multiple assaults occurred on property on June 13. 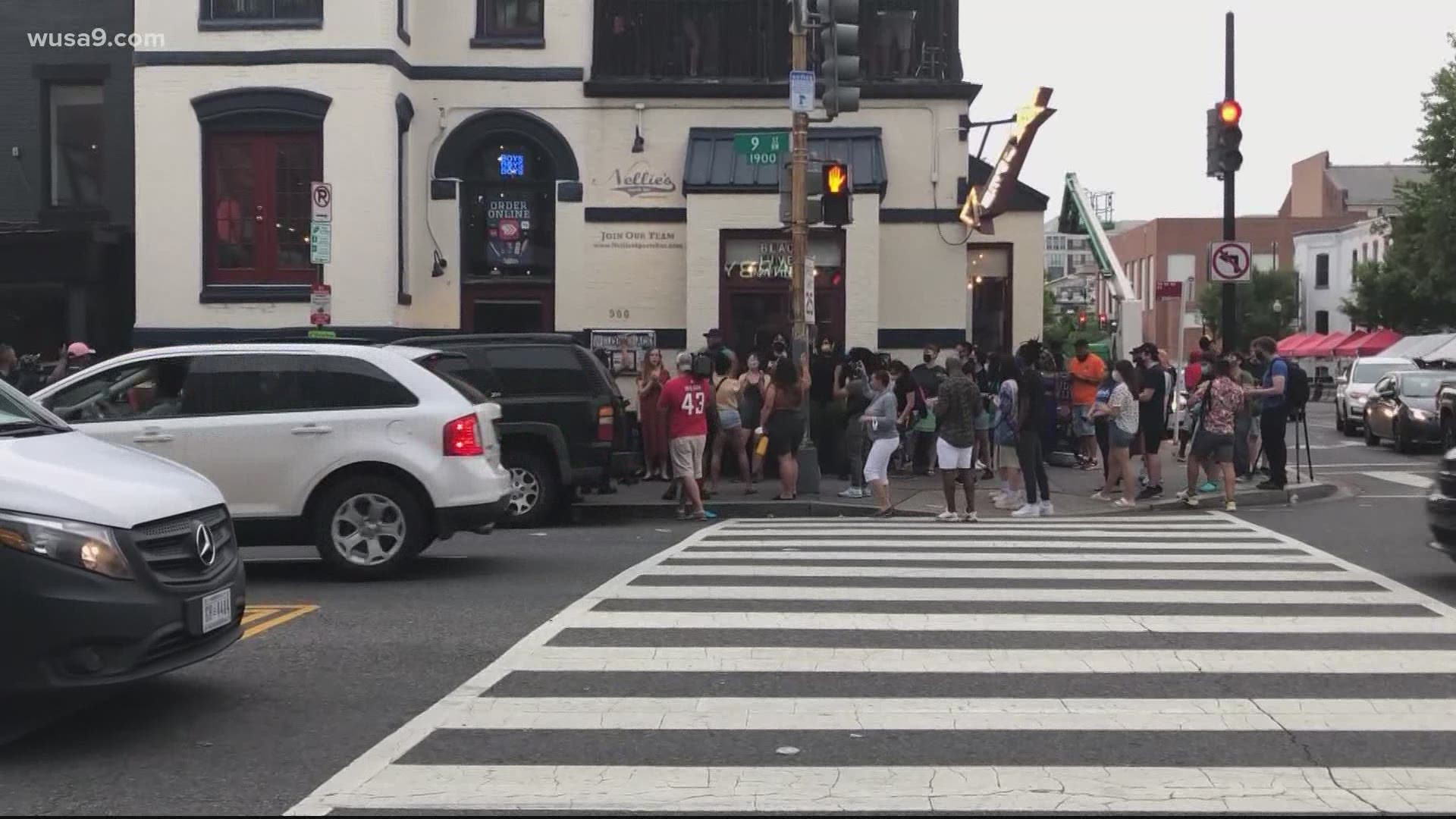 WASHINGTON — A popular D.C. sports bar has been fined and will have its license suspended for one week following an incident in June involving multiple assaults on property.

An Alcoholic Beverage Regulation Administration (ABRA) investigation found Nellie's Sports Bar was in violation of D.C. code after "multiple assaults occurred inside of the establishment while the licensee was engaged in a method of operation conducive to unlawful conduct." Cell phone video surfaced shortly after the incident, showing a woman being dragged down the stairs by her hair.

The case was referred to the District's Office of Attorney General.

On Oct. 20, Nellie's, D.C.'s OAG and ABRA came to a compromise, requiring Nellie's to: pay a fine of $5,000 within 120 days; serve a 7-day suspension from Dec. 20-26, 2021; and file a legally compliant security plan within 10 days. If Nellie's commits any further violations within a year, they could have their license suspended another 17 days.

RELATED: Alcohol Board refers Nellie's case to Attorney General after video of woman being dragged by her hair

The incident on June 13 at Nellie’s at U Street and 9th Street NW sparked immediate public outrage and several weeks of protest, prompting the owner to fire the security. Cell phone video of the incident showed a security guard removing Keisha Young from the bar by pulling her hair during Pride weekend.

The root of the issue stemmed from a group of people who brought in a bottle from outside and took shots in front of a bartender, according to the ABRA report. Young claimed the issue started when security misidentified her for another woman, who security believed had brought the bottle inside. A staff member said the group was asked to leave but when they reached the stairs, they began punching security personnel.

As seen on video, the crowd moved with some pushing and shoving to the stairwell door. About four minutes later, surveillance cameras captured a man being shoved around and out of the doorway, "as several patrons are shoving and pushing, throwing hands at each other while employees are observed pushing the patrons to the stairs," the report said.

However, Young and her cousin Dayon Kidd reacted with their recollection of what happened. They claimed security guards assaulted Kidd for no reason when he questioned them over the alleged mistaken identity. Attorneys said Young, as seen on video, physically got involved in an attempt to protect Kidd.

One of the other people involved in the altercation reported how a security guard knocked his phone out of his hand as he was recording the incident before he was punched in the face. The owner of NNB Security told the investigator his company has a "no-touch" policy but allows security to "maybe hold patrons under their arms to escort them out of the establishment but they should not be punching anyone."

The bar closed for almost a month, reopening on July 12.

According to Doug Schantz, the owner of Nellie's, the sports bar used the time to train all managers and staff in conflict de-escalation and hired Ruby Corado, executive director of Casa Ruby, as the bar's new manager and director of Community Engagement.

Schantz said Corado will help ensure that Nellie's staff receive ongoing diversity sensitivity and inclusion training, that will focus on the concerns of LGBTQ+ people of color.

"To be clear, we are very sorry that this horrible incident occurred, and we are sorry for what happened to Ms. Young, and we apologize to her for how she was treated," said Schantz in a statement sent to WUSA9.

Schantz also claimed in the 14 years that Nellie's has been open, the bar has given more than a million dollars to the community and will continue to "proactively support diverse organizations."

A new customer feedback page is now available on Nellie's website. Schantz says any concerns reported will be dealt with within 72 hours.

"We are committed to restoring our customers' and community’s faith in Nellie’s to always be a safe and welcoming space for all of our guests," said Schantz in the statement.

RELATED: New video captures altercation leading up to woman being dragged by her hair at sports bar