According to information received from WUSA9's Darren Haynes, only one player on the team voted to go to Miami. 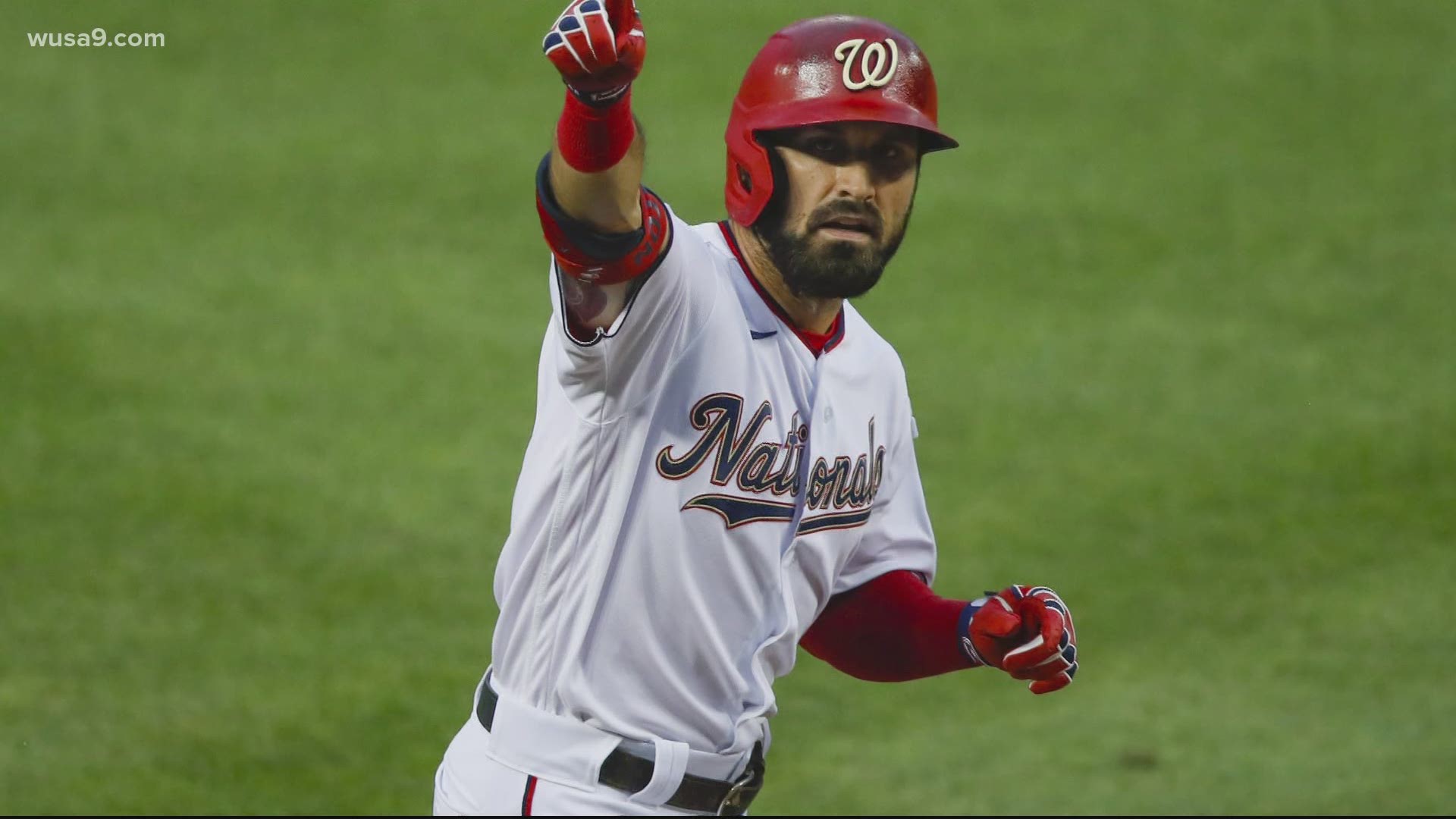 WASHINGTON — The Washington Nationals will not travel to Miami to take on the Marlins after a team vote Tuesday. Seventeen people within the Marlins organization have received positive COVID tests, according to the Associated Press.

According to information received from WUSA9's Darren Haynes, only one player on the team raised their hand to go to Miami. The MLB let the Nationals decide whether to play due to an extensive amount of coronavirus contractions within the Marlins organization.

The Marlins received positive test results for four additional players, bringing their total to 15, a person familiar with the situation told AP. The person declined to be identified because the results had not been publicly released.

Nationals manager Davey Martinez said in his Tuesday news conference that the MLB did the right thing and that the team will have to figure out what they are going to do this weekend since the Marlins paused their season.

I can confirm, the #Nationals had a vote on whether to go Miami or not to play the Marlins this weekend.

Major League Baseball temporarily suspended the Miami Marlins' season through Sunday due to the outbreak, and the three remaining games in this week's New York Yankees-Philadelphia Phillies series were postponed Tuesday, since the Marlins had previously played in Philly.

In a statement, MLB said it wanted to allow the Marlins time to focus on providing care for their players and plan for a resumption of play early next week.

Additional MLB rescheduling during the week of Aug. 3 will be announced later this week.

The Marlins underwent another round of tests Tuesday morning. Their outbreak raised more questions about baseball's attempts to conduct a season outside of a bubble environment, which the NFL also has opted not to create for its season.

“This could put it in danger,” Dr. Anthony Fauci, the nation’s top infectious disease expert, said of the outbreak during a "Good Morning America" interview before the news of the Marlins' latest test results. "I don’t believe they need to stop, but we just need to follow this and see what happens with other teams on a day-by-day basis. Major League Baseball — the players, the owners, the managers — have put a lot of effort into getting together and putting protocols that we feel would work. It’s very unfortunate what happened with the Miami (Marlins).”

RELATED: VERIFY: Do Nats, members of Congress have to self-quarantine if returning to DC from a 'high-risk' state?