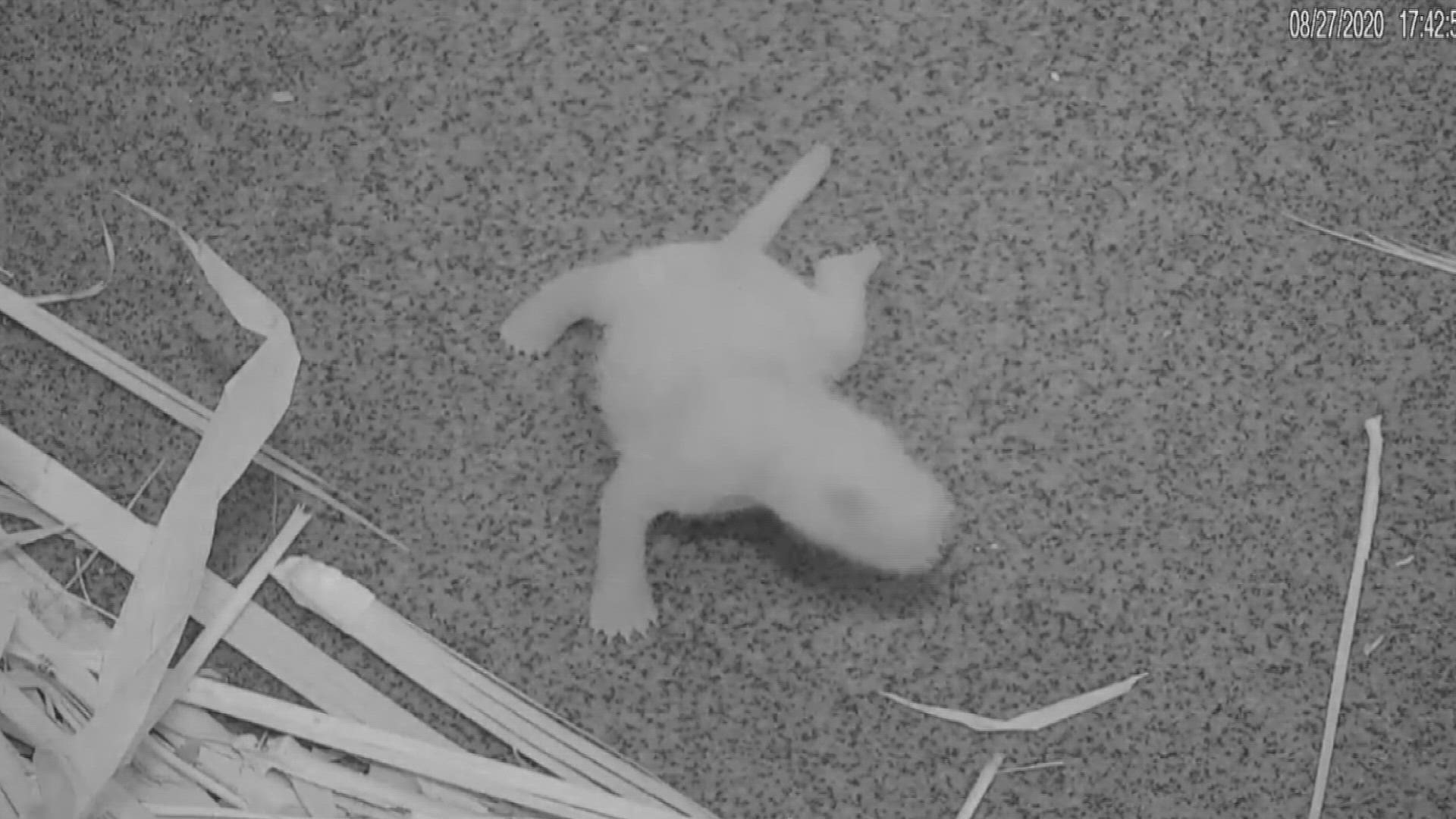 WASHINGTON — The giant panda cub who captured all of our hearts in 2020 celebrates a major milestone on Saturday. Xiao Qi Ji turns one year old, and the National Zoo is planning a whole weekend of celebrations for him, including not one, but two cakes.

Xiao Qi Ji was born in the midst of the coronavirus pandemic, so not many people have had the chance to see him in person, but the National Zoo has been keeping us all up to date on his latest activities via social media.

Fans have been able to watch him grow and experience new things, like delicious sweet potatoes, or seeing snow for the first time.

Here's a brief timeline of some of the miracle panda's biggest moments over the past year.

Thanks to fans all over the world, the Zoo’s giant panda cub received his name Nov. 23 — Xiao Qi Ji, which means “little miracle” in Mandarin Chinese.

He also got his first taste of his favorite food: Sweet potato!

He met his fans in a virtual encounter for the first time in late January via livestream.

Xiao Qi Ji saw snow for the first time at the end of January. It was obviously adorable. He wasn't the only panda who enjoyed the snowfall though. The National Zoo's panda cam caught Mei Xiang and Tian Tian doing summersaults, sliding down a hill in their exhibit and having tons of fun on this snow day.

At around 6 months old, the giant panda cub started venturing outside.

At 9 months old, in May 2021, everyone's favorite cub was finally able to meet visitors to the National Zoo in person after the zoo had been closed due to the pandemic.

Xiao Qi Ji continues to grow and learn. The National Zoo made two cakes for him to enjoy during a weekend-long celebration.

You can watch the festivities all day long via the National Zoo's Panda Cam.

For those who want to celebrate in person, the zoo is open daily from 8 a.m. to 4 p.m. The National Zoo still requires timed entry passes to get in. Grab tickets here.