Three rangers are staffing the tower, as well as several guards from the General Services Administration. 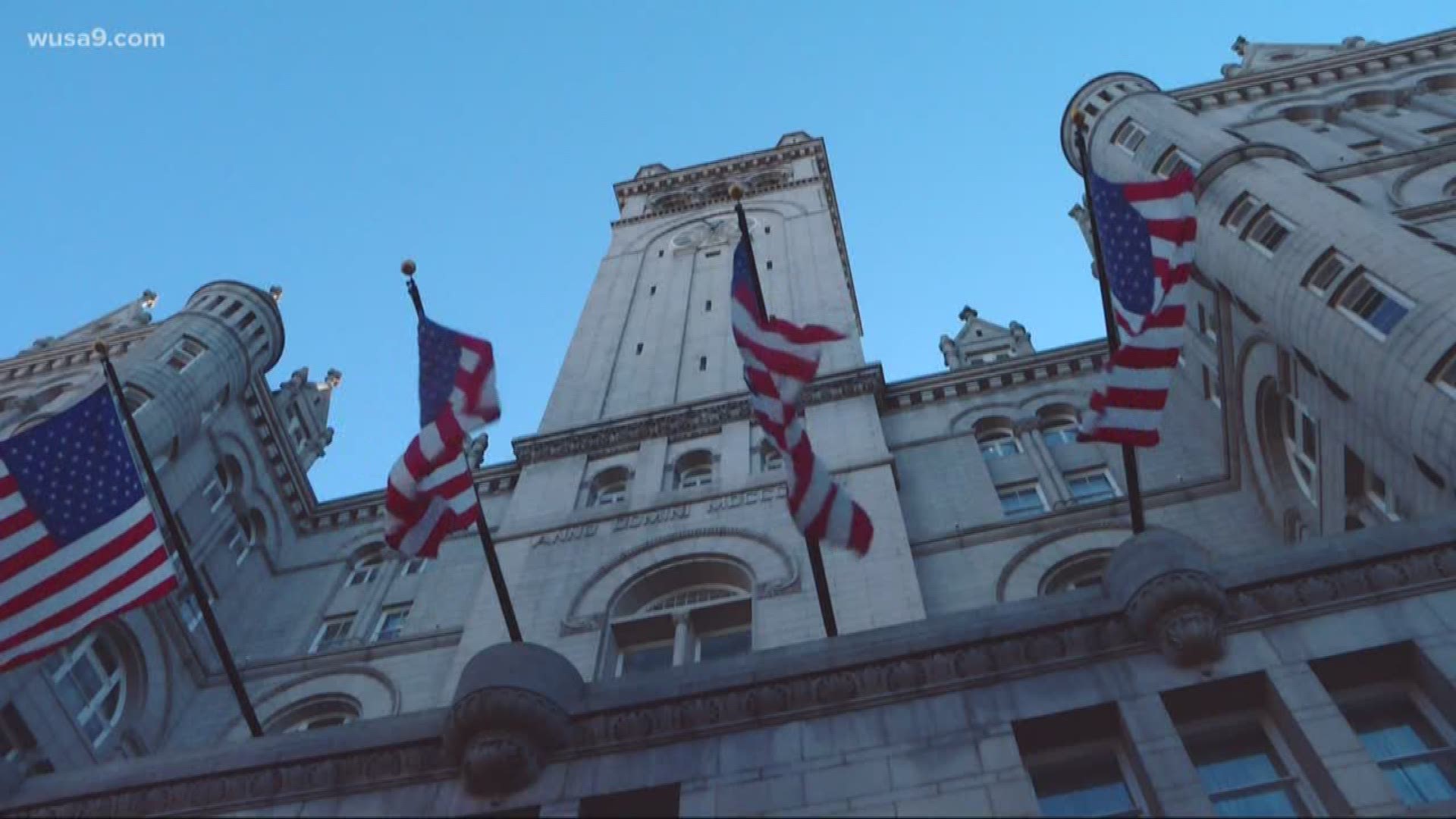 WASHINGTON — Thousands of Park Service rangers and workers are furloughed, but there is one place in DC where you can find them on the job.

Is it just a coincidence that it's in the clock tower connected to the Trump International Hotel?

The African American History Museum is closed. The bathrooms at the Washington Monument are shut up tight. The Air and Space Museum is locked up.

So why is it the clock tower at the Old Post Office is open?

The tower is connected to the Trump International Hotel. It's a spectacular place for hotel visitors to admire the vistas of the capital city.

Three rangers are staffing the tower, as well as several guards from the General Services Administration.

It's open to the public. There's even a gift store with Trump memorabilia.

The GSA, landlord for the government and for the Trump Hotel, says there's nothing shady going on here. Maintaining the tower is part of the 60-year lease signed by the Trump Organization. But the GSA said it's paying for the Park Service rangers out of GSA funds, which have already been appropriated by Congress.

"It certainly looks bad when you have a situation where hundreds of thousands of federal workers aren't getting paid, people aren't getting services, and the one thing that appears to be open is the tourist site attached to the President's hotel," said Noah Bookbinder of Citizens for Responsibility and Ethics in Washington.

Rep. Bill Pascrell, Jr. (D-NJ) tweeted "The Trump administration is using your tax dollars to keep a Park Service site at his luxury hotel open while the rest of Americans are wading through garbage and locked gates."

Congress and watchdog groups are demanding more information on whether it's legal.