The carving, which was completed in April 2021, shows Wiesel’s likeness inside the Cathedral’s Human Rights Porch. 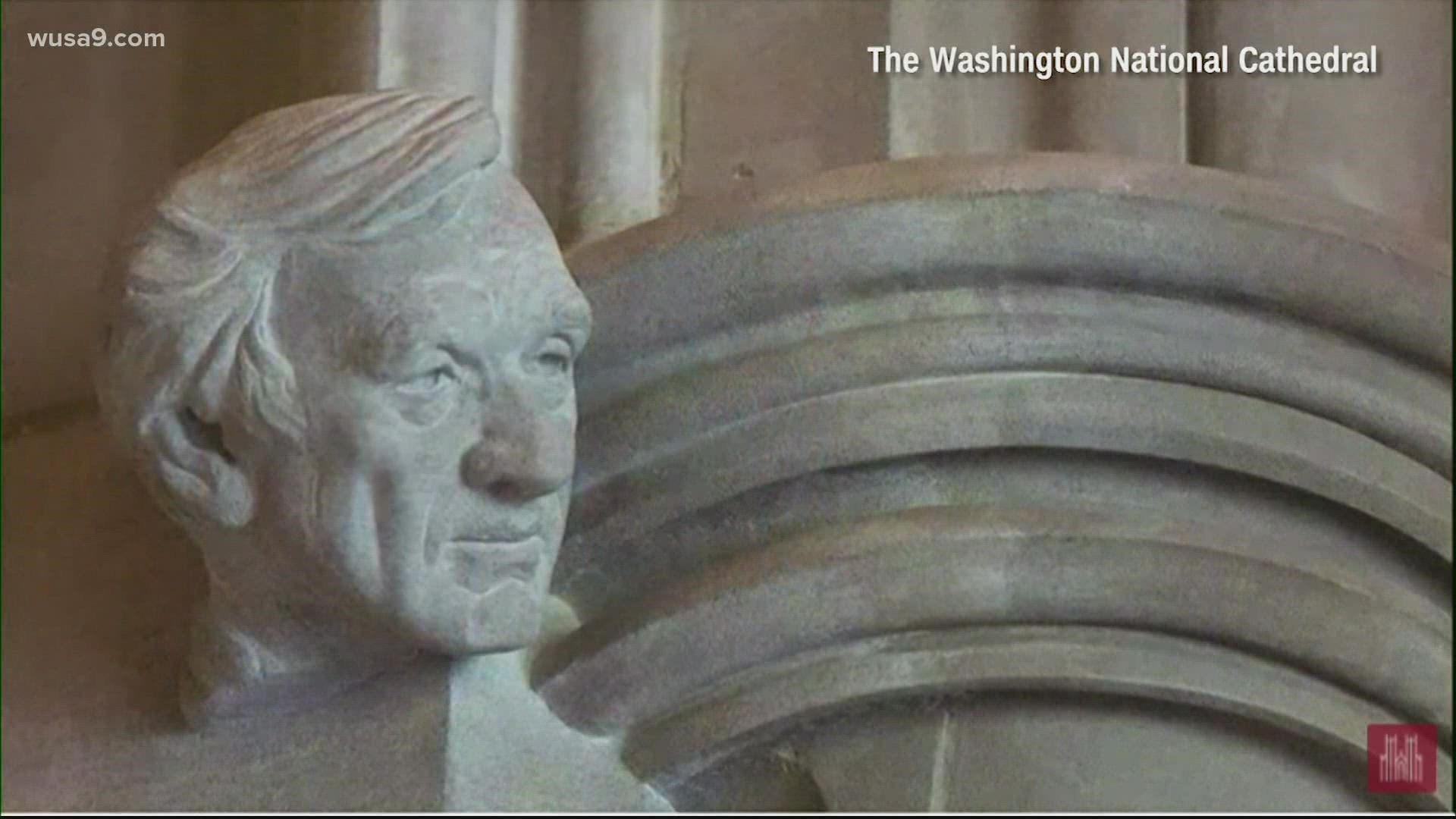 The carving, which was completed in April 2021, shows Wiesel’s likeness inside the Cathedral’s Human Rights Porch, which features carvings of leading human rights defenders throughout history. The dedication was a collaboration between the Cathedral, the United States Holocaust Memorial Museum and the Elie Wiesel Foundation for Humanity.

“From surviving the Holocaust to becoming one of the world’s leading lights in preserving the memory of that unspeakable tragedy forevermore, we owe a great debt of gratitude to Elie Wiesel,” said Cathedral Dean Randy Hollerith in a release. “It is an honor to have his memory and his legacy included in our Human Rights Porch so he can serve as a reminder of the consequences of hate, as well as the resiliency and indomitability of the human spirit. We are blessed to have Elie with us, and with the dedication of his carving, we continue the work of combating indifference and intolerance. May his memory be a blessing.”

A survivor of Auschwitz and Buchenwald camps, Wiesel told his story to millions through his autobiographical novel Night, bringing the horrors of the Holocaust into stark focus for the world. The carving was done in place by Cathedral stone carver Sean Callahan, and was conceived with the involvement of the Wiesel family, the Cathedral said.

“Throughout his life, Elie devoted himself tirelessly to preserving the memory of the victims of the Holocaust and working to ensure that other communities do not suffer the same fate,” said Marion Wiesel, widow of Elie Wiesel and vice president of the Elie Wiesel Foundation for Humanity in a press release. “Not only does his presence in the National Cathedral memorialize his life and honor his commitment to human rights; it also ensures that new generations will learn from his teachings and carry the lessons of his life forward into the future.”

Wiesel joins the likenesses of, among others, Rosa Parks, Mother Teresa, Jonathan Daniels and Eleanor Roosevelt on the Cathedral’s Human Rights Porch.

Watch the full dedication ceremony via the National Cathedral's recorded live stream of the event below:

RELATED: The Washington National Cathedral is getting new stained glass windows | It's A DC Thing

RELATED: ‘I wish I could say this would be the end’ | Mourners pause as National Cathedral funeral bell tolls for 700K COVID deaths