Police are searching for a silver sedan last seen driving northbound in the 200 block of 50th Street. 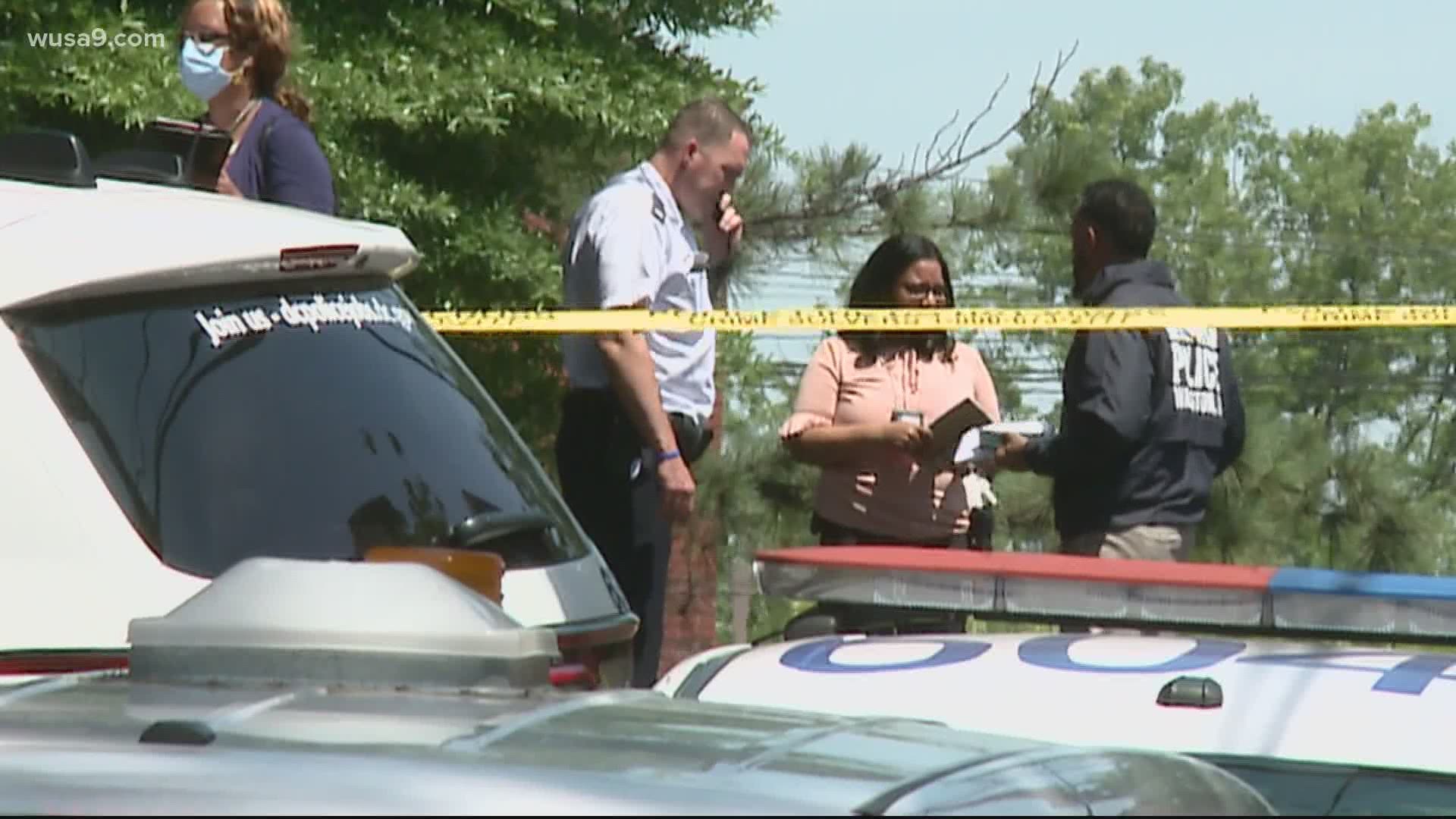 WASHINGTON — Three men were shot in broad daylight on a Monday morning in Northeast D.C., the Metropolitan Police Department said in a statement.

The shooting incident happened in the 200 block of 50th Street, police said.

Police are now searching for a vehicle of interest described as a silver sedan with a black sunroof and damage to the front right hood. It reportedly was last seen driving northbound in the 200 block of 50th Street following the shooting.

Neighbors told WUSA9 the men pulled up and opened fire. And police said the shooters fired repeatedly up and down the street in Lincoln Heights, hitting cars and buildings.

"People need to put the guns down," said one 15-year-old girl that lives near the shooting scene who spoke to WUSA9. "I'm scared. Yes, I'm scared. I don't know what I would do when I die."

She was one of the multiple people in the Lincoln Heights neighborhood that expressed concern about safety.

Police crime statistics suggest shootings are actually down in the last year in the blocks around Lincoln Heights.

But neighbors say those numbers don't reflect their reality. One said he hears gunshots every night, and they're having a hard time understanding why.

"I don't know what I do with my daughter, my son, to try to keep them out of harm's way," said Lincoln Heights resident Steven Hamlin.

At this time, police said the victims are all conscious and breathing. The seriousness of their injuries is unknown at this time.

Crime Solvers offers a reward of up to $10,000 for information in any shooting in Washington D.C.