The officers involved in the traffic accident have been placed on "non-contact" through this investigation. 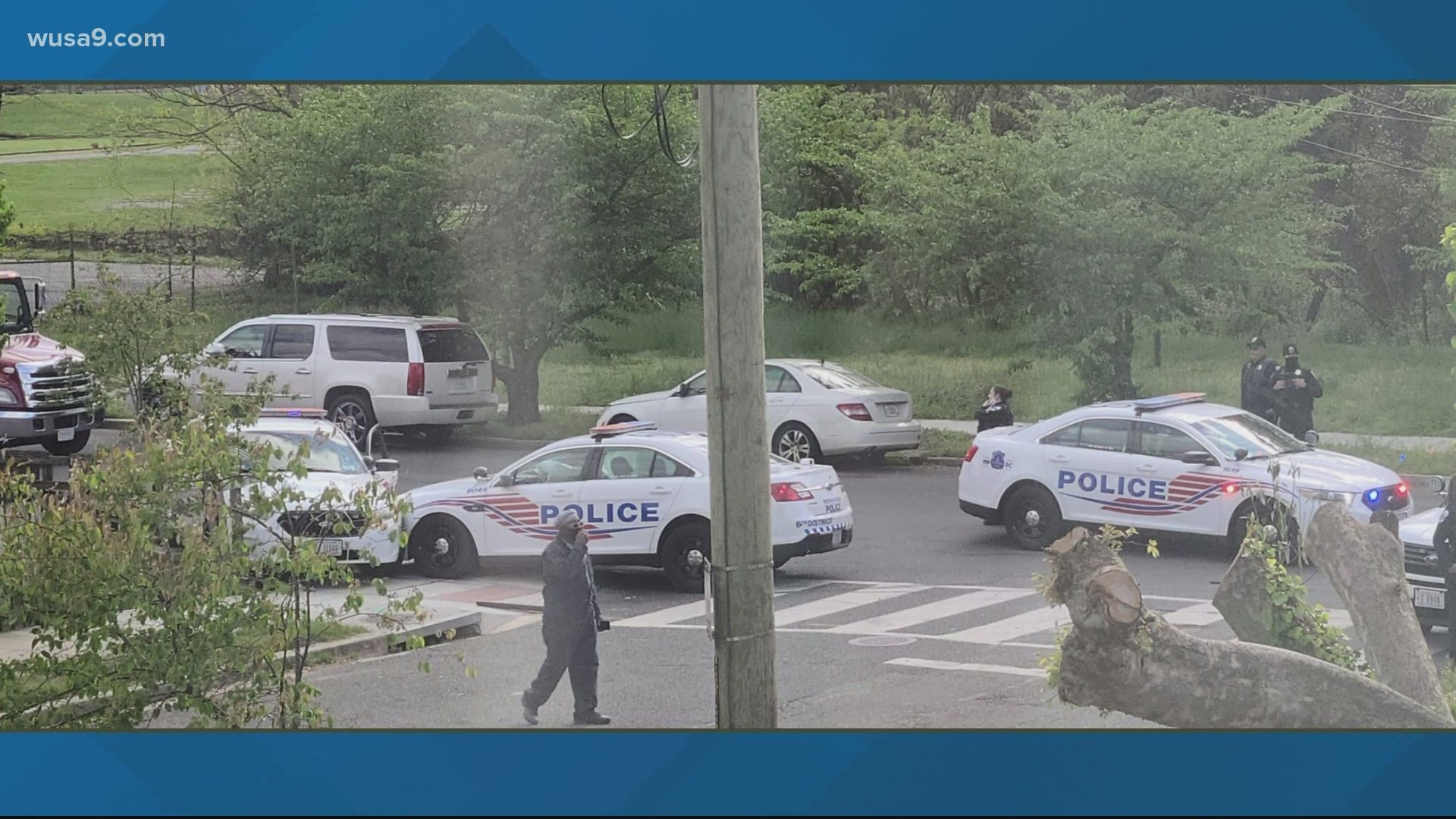 The accident happened in the 1500 block of Anacostia Avenue when two police cruisers were traveling at a high rate of speed and one of the two cruisers cut off the other as both MPD vehicles turned onto Polk Street, police said.

An investigation into the incident revealed that MPD members were racing in their vehicles when two of the MPD vehicles were involved in a traffic accident.

The extent of the officers' injuries are unknown.

At this time, the officers involved in the traffic accident have been placed on "non-contact" through this investigation.

Both MPD police cruisers had to be towed from the crash scene.

RELATED: Man asks DC police if they'll kill him like Ma'Khia Bryant, officer responds 'are you gonna stab somebody like her?'